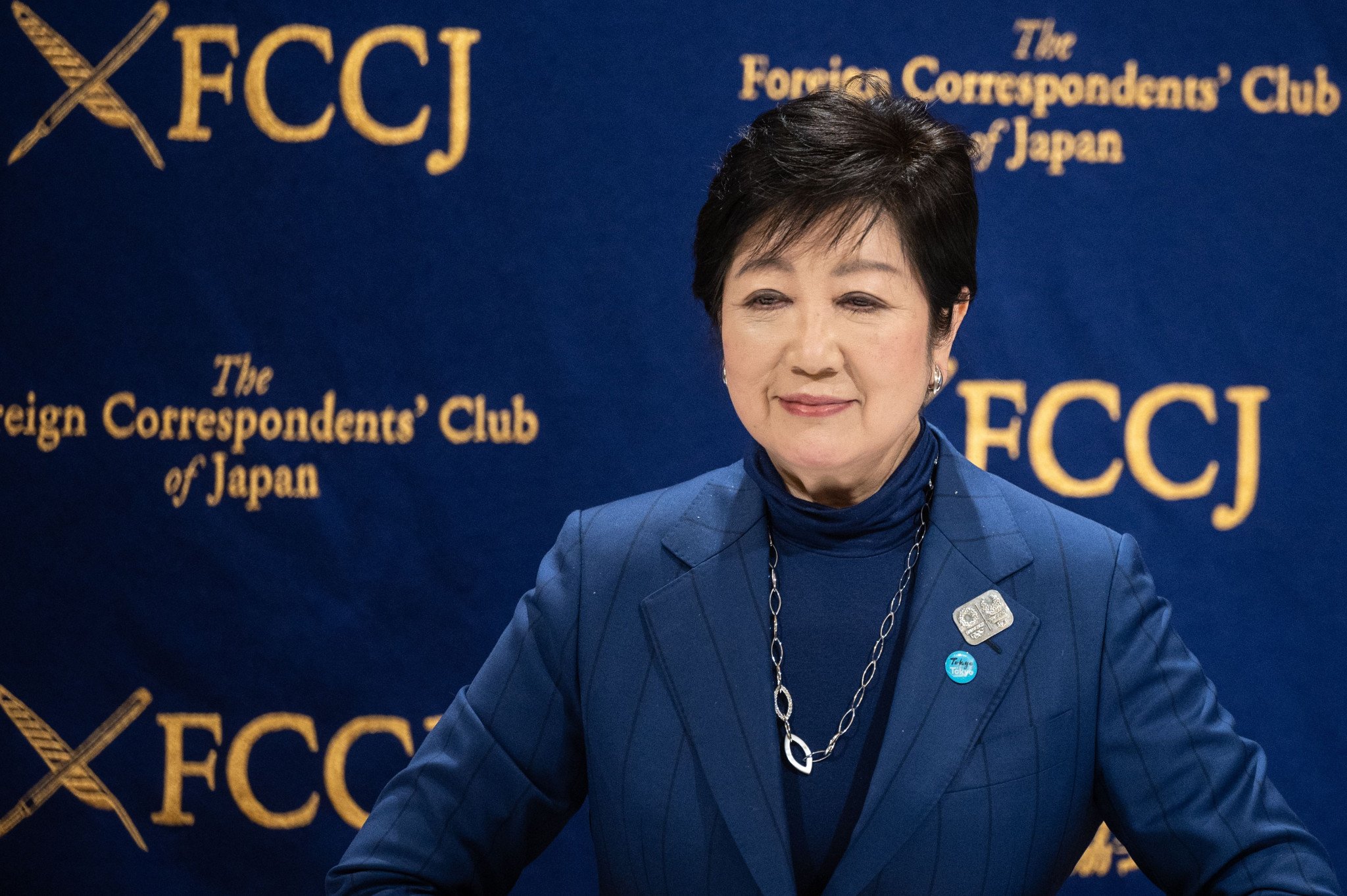 Tokyo Governor Yuriko Koike has revealed her hopes of holding the Olympic and Paralympic Games next year with "full spectators present".

Koike discussed her best-case scenario for Tokyo 2020, which has been postponed to 2021 due to COVID-19 pandemic, during a talk at the Foreign Correspondents' Club of Japan.

"The best-case scenario would be when all athletes from all countries come here in safety and with peace of mind and the Olympics can, as in previous years, be held with full spectators present as well," said Koike, as reported by Reuters.

Tokyo 2020 chief executive Toshirō Mutō has previously said measures for spectators, including non-Japanese residents, would be drawn up "by the spring".

Athletes, coaches and officials are set to be exempt from Japan's 14-day isolation period and Mutō suggested fans travelling from overseas might also be free from quarantine.

Tokyo 2020 organisers continue to devise ways of allowing spectators into venues during the global health crisis, with a series of high-tech devices tested at a packed Yokohama Stadium earlier this month.

The 32,402-seater stadium - which will host the Olympic baseball and softball competitions - reached 100 per cent capacity during the three-day experiment with fans screened for body temperature and high-spec cameras tracking movement.

Fans were also allowed to attend an international gymnastics competition held in Tokyo earlier this month.

During his recent visit to Japan, International Olympic Committee President Thomas Bach suggested the news of effective coronavirus vaccines made him "very confident that we can have spectators in the Olympics stadium next year and that spectators will enjoy a safe environment".

A vaccine being developed by American pharmaceutical giant Pfizer and BioNTech has been found to be 90 per cent effective in preventing people from getting coronavirus after global trials, while another American company, Moderna, revealed a COVID-19 vaccine it is developing is nearly 95 per cent effective.

This week, a coronavirus vaccine developed by the University of Oxford was found to be 70 per cent effective, although researchers have claimed the figure may be as high as 90 per cent by tweaking the dose.

Japanese Prime Minister Yoshihide Suga is also focusing on revitalising the country's tourism industry after it was severely impacted by the pandemic.

This is sure to help the efforts of Tokyo 2020 in allowing foreign spectators to attend the Games.

Tickets for the Games will be valid for 2021, but Tokyo 2020 will offer refunds to fans who are no longer able to attend.