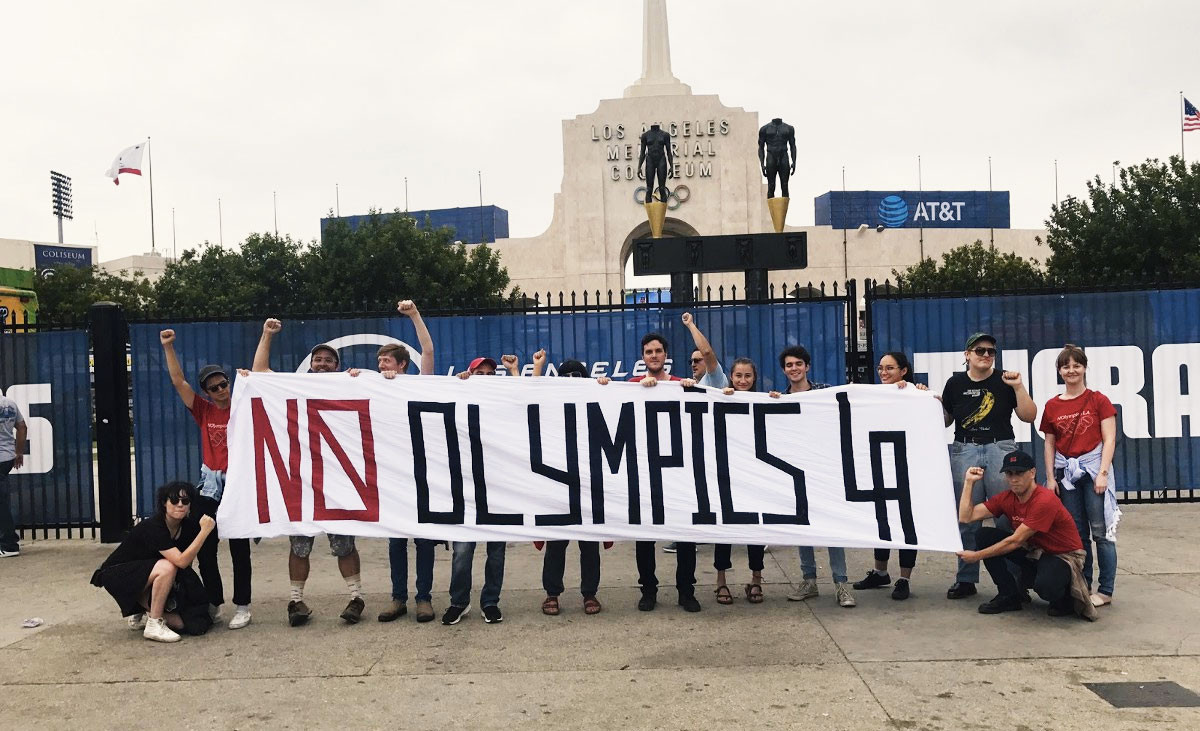 NOlympicsLA member Anne Orchier claimed the 2028 Olympic and Paralympic Games in Los Angeles will "exacerbate the crisis" in the United States.

Orchier recently hosted a NOlympicsLA virtual town hall event to discuss the campaign's claim that there is a incompatibility between supporting the Olympics and ensuring public safety and racial justice.

According to the NOlympicsLA campaign website, there was a direct correlation between the 1984 Olympics in Los Angeles and the militarisation of American police.

The group claim there could be the same result following Los Angeles 2028.

"We believe that any Olympics is going to exacerbate the crisis that we currently face in our cities around racist, militarised policing, around displacement and social cleansing," Orchier said, as reported by LA Downtown News.

"We have been formally trying to have discussions about how to reform.

"The people who are leading the charge, like Casey Wasserman, Eric Garcetti, Chad Wolf, Donald Trump, have not only expressed disinterest in any type of reform, they have continued to up the ante in terms of what security and policing will look like for 2028."

The comments come at a time when Donald Trump's Presidency hangs in the balance following the US election yesterday.

He is currently neck-and-neck with Democrat candidate Joe Biden as votes are counted.

NOlympicsLA was set up in May 2017 to oppose Los Angeles' bid for the 2024 Summer Olympic and Paralympic Games.

They emerged out of the Housing and Homelessness Committee of the Los Angeles-arm of the Democratic Socialists of America and had aimed to emulate the success of "No Boston Olympics", which led to the initial American 2024 bid being scrapped.

Their campaign failed to achieve its objective, however, when Los Angeles was awarded the 2028 Games in September 2017.

The group are currently protesting against the construction of SoFi Stadium to raise awareness of the displacement of communities in the Inglewood area.

The venue, which is home to the Los Angeles Chargers and Los Angeles Rams, is expected to host the Opening and Closing Ceremonies for the 2028 Games.

A lake situated within the complex, which is due to be completed by 2024, is also being lined up as the archery venue.