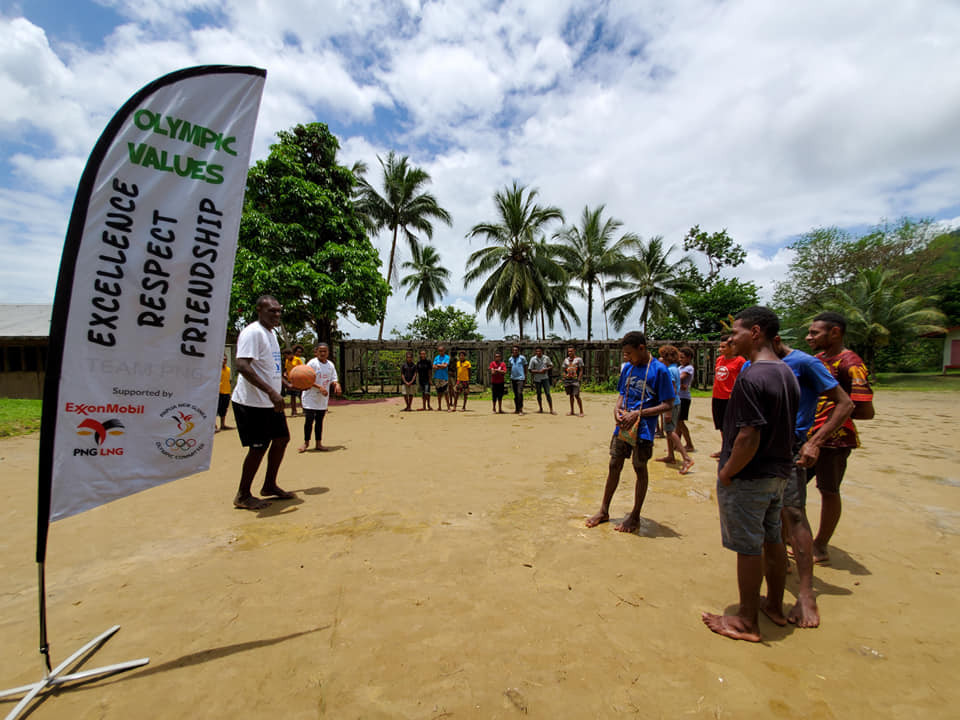 The Papua New Guinea Olympic Committee (PNGOC) has brought its Olympic Values Education Programme to six schools in the Kikori Delta, aiming to teach youngsters about excellence, respect and friendship.

Basketball player Dia Muri was among those who led the sessions, running one event with students from Aird Hills Primary.

Other schools that took part included Kitomave SDA Primary, with focus being on team-building and interactive discussions.

One of those discussions took place with youth and community leaders from Kikori at the town's Community Development Initiative Foundation Hall.

The programme was delivered in the remote area of Gulf Province in partnership with oil and gas corporation ExxonMobil PNG.

Running from October 7 to 12, the educational sessions were also supported by the Piku Biodiversity Network, which provided logistical support and on-ground assistance to all involved in the project.

The PNGOC was recognised by the International Olympic Committee in 1974 has sent athletes to every Summer Olympic Games since Los Angeles 1984.

Although the nation is yet to win a medal, swimmer Ryan Pini came closest at Beijing 2008 when he reached the final of the men's 100 metres butterfly.