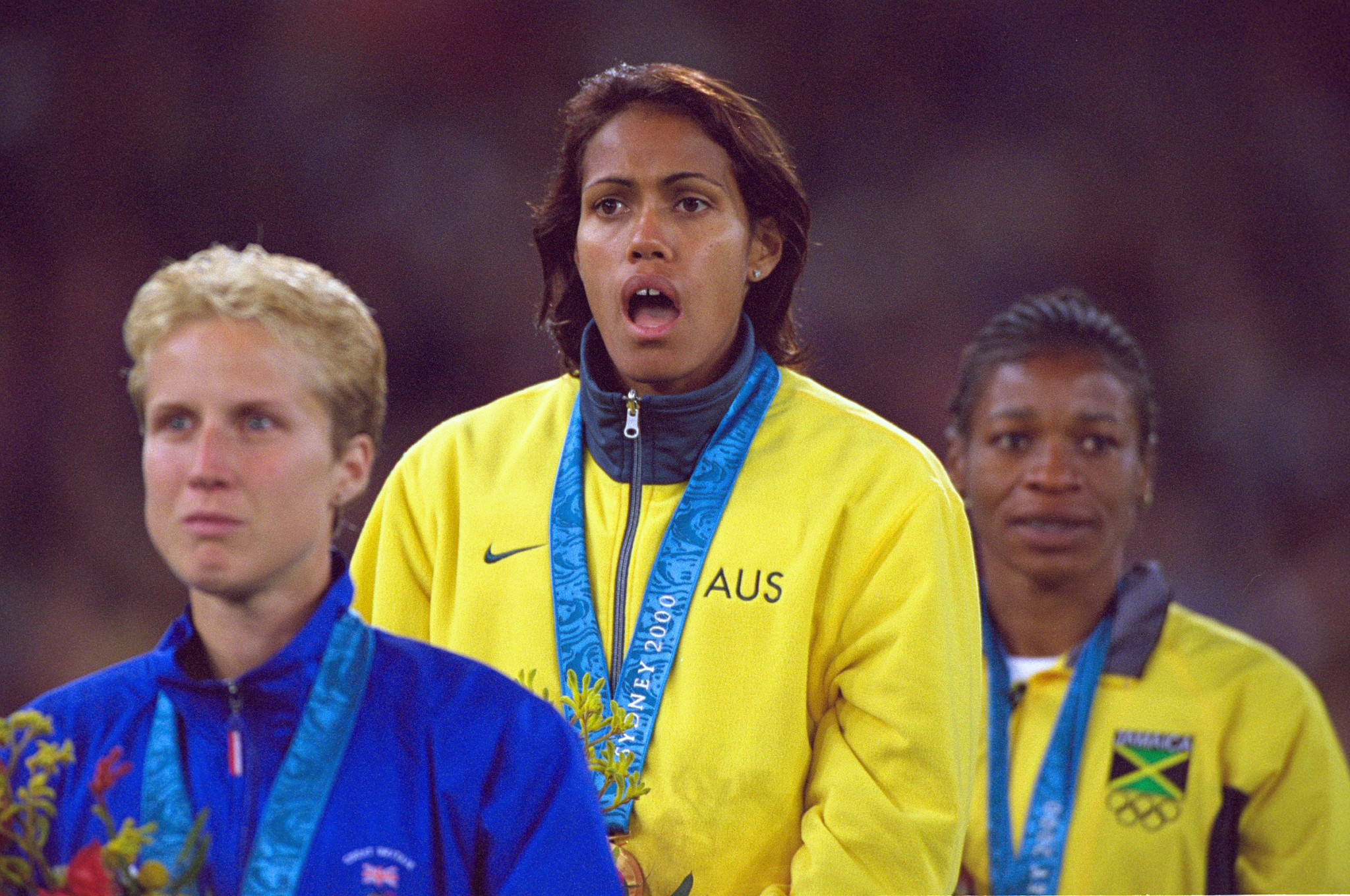 On the 20th anniversary of her momentous 400 metres victory at the Sydney Olympics, Cathy Freeman has revealed that what "petrified" her most about the occasion was the thought of the medal ceremony.

Freeman, whose social symbolism as an Aboriginal woman meant her exploits at the Games - including lighting the Olympic Flame - resonated far beyond the realm of sport, said that she had been so nervous about having to accept her medal that she had practised stepping up to the dais at home before her race.

"I put a lot of pressure on myself and all of that pressure was a choice," Freeman told the Australian Olympic Committee (AOC).

"I actually thrived in knowing that people believed in my ability, it was just like a warm blanket, but certainly when Sydney 2000 rolled around, I had grown into an athlete where the only expectations that mattered were my own.

"I remember going into the race, I had a sense that there was going to be a lot of drama around my competition so I did what my instincts told me to do and I had to practise the one thing that petrified me the most - that was getting comfortable with accepting gold on the Olympic dais.

"Because I’m in essence a very shy and low-key person I practiced it at home - stepping up on the dais, receiving my gold medal and acknowledging the Olympic crowd. I had to get comfortable with that whole scene in my mind and if I wanted to win, I had to be ready in that sense.

"I remember the words came into my mind, ‘Just do what you know,’ and that centred me immediately and I could’ve been that little girl from years before, just doing what made me happy and trusting myself.

"I said to myself as I was mid-air, crossing the finish line, 'So this is what it feels like to be an Olympic Champion,' and it was such a wonderful feeling because you spend so much of your life being so dedicated.

"In essence, it took me 17 years to get to the point where I won this Olympic gold medal and it was just such a sweet moment.

"Every time I've been in the zone in a high pressure competition, I haven’t really been aware of what was going on when it came to the sound or what was going on in the crowd, but Sydney was really different because I felt everybody in the closing stages of my 400 metre race.

"As soon as I took the head wear off, it was just the noise and the atmosphere was so incredible, nothing could have prepared me for it so I think it took me a while to take in."

"Catherine Freeman lighting the cauldron and then her famous victory in the 400 metres remains the most significant memory of the Sydney Olympics for me.

"We were celebrating a centenary of women participating in the Olympics.

"Catherine was a role model and a world champion - and the anticipation of her challenge on the track within the Australian community was immense.

"She told me she thrived on pressure - and so it proved."

Freeman retired as an athlete in 2003, but her passion to see young Indigenous people succeed continues in the work she does with her charity, the Cathy Freeman Foundation.

"Hearing that I have inspired people still catches me off guard," Freeman added.

"Knowing that I represent something reachable and something possible just makes me really happy."

For the full story of Freeman’s victory on "Magic Monday", go to the Big Read by clicking here.