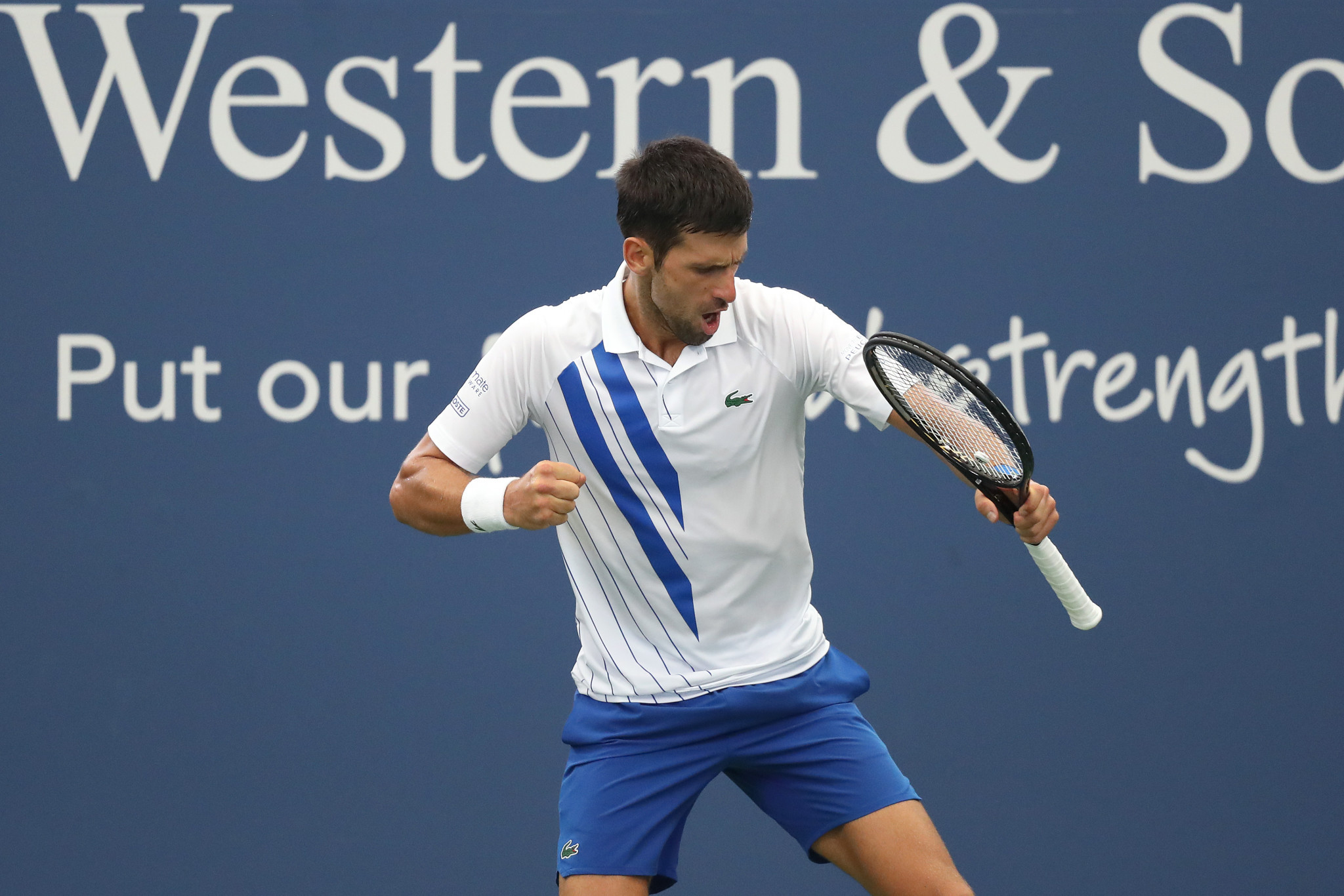 Novak Djokovic equalled Rafael Nadal's record of 35 Masters Series 1000 titles after coming from a set down to beat Milos Raonic in the final of the Cincinnati Masters.

The Serbian was made to work hard for the triumph, in contrast to Victoria Azarenka, who took the women's crown in Cincinnati without hitting a ball in the final after her opponent Naomi Osaka pulled out due to injury.

Djokovic, who has now won all 23 matches he has played in 2020 struggled early on against Canadian Raonic, with the unseeded player taking the first set 6-1.

Like in his semi-final against Roberto Bautista Agut, Djokovic knew he would have to come from behind to maintain his unbeaten run of matches this year, which now stands at 23, and took the second set 6-3.

Raonic went a break up early on in the deciding set before Djokovic turned it around to take the set 6-4, and with it a record-equalling Masters 1000 crown.

The Serbian triumphed in exactly two hours in the final, which took his total time on court during the tournament to more than nine hours.

Djokovic starts as the men's favourite for the year's second Grand Slam, the US Open, which begins at Flushing Meadows in New York on August 31.

The top seed will start his campaign against Bosnia and Herzegovina's Damir Džumhur.

The final of the women's Cincinnati Masters was due to see Japan's Osaka face Belarusian Azarenka, however Osaka pulled out of the match due to a left hamstring injury to give Azarenka a win by walkover.

Azarenka's walkover win means she has won the Cincinnati Masters title twice, with her previous success coming in 2013.

"I’m sorry to have to withdraw today with an injury," Osaka said.

"I pulled my left hamstring yesterday in the second set tiebreak and it has not recovered overnight as I had hoped.

"This has been an emotional week and I want to thank everyone for the outpouring of support."

Former world number one Osaka withdrew from the Cincinnati Masters on Wednesday (August 26) prior to her scheduled semi-final against Belgium's Elise Mertens in response to the shooting of Jacob Blake by police in Wisconsin.

Video footage emerged on social media of Blake, an unarmed black man, being shot several times in the back by police.

After organisers suspended play for a day, a stance that was replicated by major American sports teams across basketball, baseball and football, Osaka agreed to play in the delayed semi-final.

Despite the hamstring pull during the second-set tiebreak in her semi-final, Osaka went on to take the breaker and the match.

Osaka is scheduled to compete in the US Open and has been drawn to face her compatriot Misaki Doi.

The Cincinnati Masters, a joint Association of Tennis Professionals and Women's Tennis Association tournament, has been held at Flushing Meadows this week due to the coronavirus pandemic.