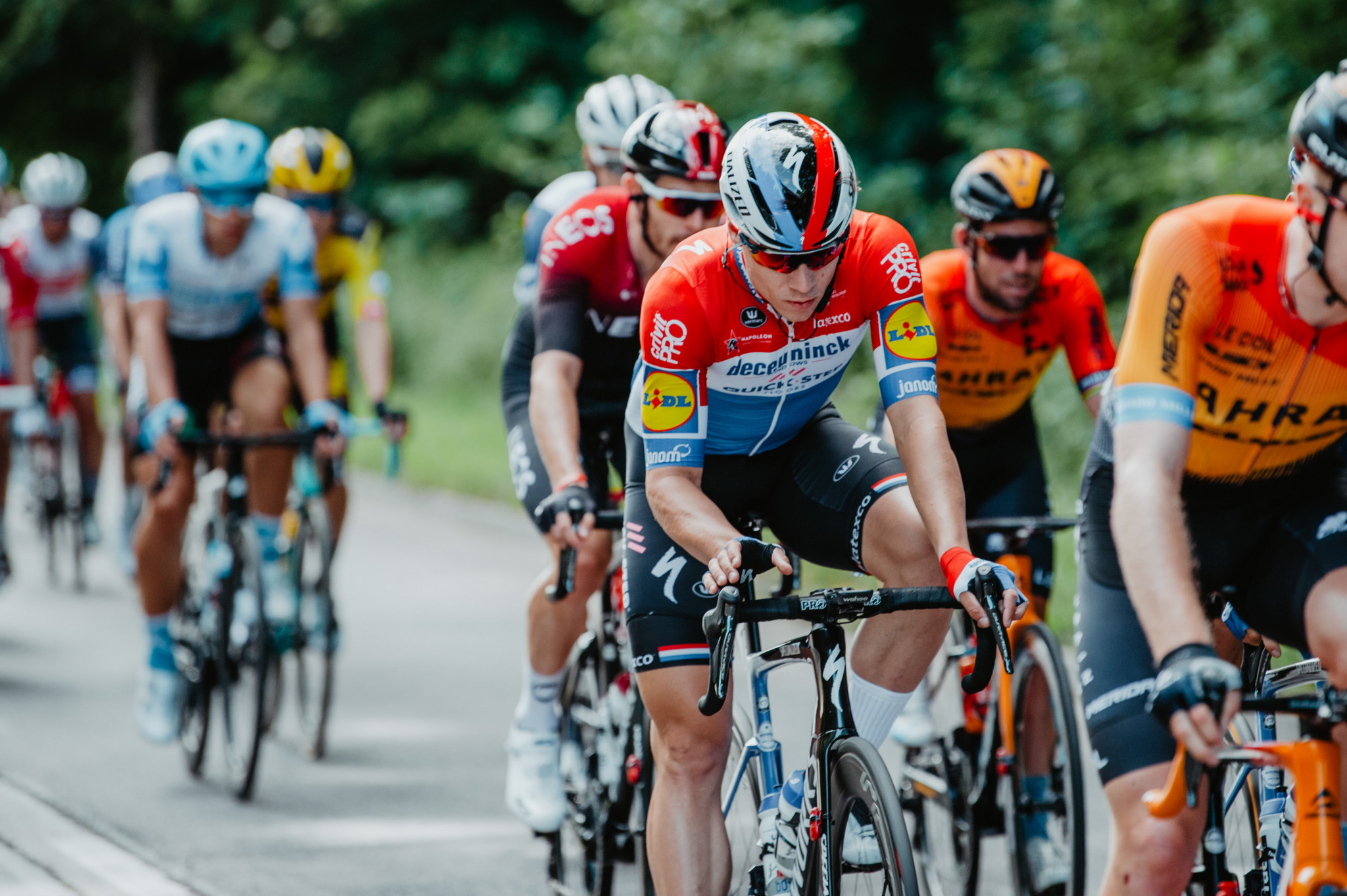 Fabio Jakobsen has said he is "grateful to be alive" after a serious crash at the Tour de Pologne earlier this month, with the Dutch national champion adding that he faces multiple facial surgeries in the coming months.

The Deceuninck-Quick-Step rider was sent careening into the barriers in the final metres of the first stage of the race in Katowice, after colliding with compatriot Dylan Groenewegen.

He was initially reported to have been fighting for his life, with doctors confirming he had undergone facial surgery.

Jakobsen was later confirmed to have been in a good condition after being taken out of a coma, before being transferred to the Leiden University Medical Center in The Netherlands.

Jakobsen has thanked doctors and nurses at the finish line in Katowice for saving his life, as well as staff at the St Barbara hospital in Sosnowiec where he spent a week in intensive care.

"It was a difficult, dark period for me in the ICU [intensive care unit], where I was afraid of not surviving,"  Jakobsen told the Deceuninck-Quick-Step website.

"Thanks in part to the organisation behind the Tour de Pologne and my team Deceuninck-Quick-Step, my family was able to be close to me, which gave me a lot of strength.

"Step by step I can start to live more independently.

"Currently I am at home, where the wounds in my face and my injuries can continue to recover."

"In addition, I have to rest a lot in the coming months because of a severe concussion," Jakobsen continued.

"In the coming weeks and months, I will undergo multiple surgeries and treatments to fix facial injuries.

"Hereby, I want to let everyone know that I am very grateful that I am still alive.

"All the messages and words of support have given me tremendous strength.

"Step by step I can slowly look to the future, and I will fight to recover.

"In particular I would like to thank Dr Rafael, who was my surgeon in Poland, Dr Vanmol, who was present as a team doctor in Poland, Patrick Lefevere who brought my family close to me and Agata Lang and family who, on behalf of the Tour of Poland, did very well in taking care of my family."

Groenewegen was disqualified from the race and could face further action, with the UCI saying he had caused the crash with his "dangerous behaviour", which it "strongly condemned".

Team Jumbo-Visma confirmed Groenewegen will not start in a race until the judgment of the Disciplinary Commission to which the UCI has handed over the incident.

The team vowed to support Groenewegen and his family to come through the "mentally tough times" and criticised the reprehensible ways that some of them had been approached.

Deceuninck-Quick-Step team owner Lefevere had initially tweeted they should put "this guy in jail" and threatened to report Groenewegen to the police.

Lefevere has since said that he took back "that they should put him in jail" but has suggested he will continue with a lawsuit.