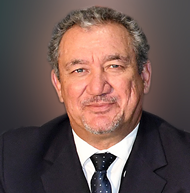 The hearing will be the latest step in the drawn-out and controversial build-up to the SASCOC General Assembly and Presidential election.

Hendricks had been serving as Acting SASCOC President earlier this year, but was placed on a leave of absence in April.

This followed Tennis South Africa Board member Ntambi Ravele accusing Hendricks of blocking her potential candidacy for the SASCOC Presidency.

Hendricks has denied the allegation, but this led to the SASCOC Board placing him on "special leave" while arbitration proceedings are conducted.

SASCOC’s judicial body chairperson Willem Edeling determined that "despite the arbitration proceedings having been successfully finalised in Mr Hendricks’ favour, disciplinary proceedings should be instituted against him and he should remain on leave of absence pending the finalisation of those proceedings."

According to the Herald Live, the arbitrator in charge of the investigation had felt Hendricks had "acted inappropriately" when answering Tennis South Africa President Gavin Crookes’ question about the Ravele and Riad Davids’ chances of success in the election.

Hendricks had reportedly claimed Ravele and Davids were not well known enough and should serve more time on SASCOC committees to establish themselves.

A separate investigation has been carried out by Tennis South Africa, with the process concluding last month.

It was determined that "sufficient cause exists for steps to be taken against its Board members Ms Ravele and Mr Crookes."

Herald Live also reported Hendricks faces a second charge related to letters he sent the organisation’s membership in mid-April, following the decision to place him on a leave of absence.

That leave prohibited him from contacting SASCOC members.

Hendricks has remained on leave of absence while his case remains ongoing.

Herald Live reported that Hendricks faces a disciplinary hearing on August 15, which could see him removed from the organisation.

Removal would prevent Hendricks from standing in the SASCOC Presidential election, despite being favourite to secure the position.

A total of 29 national sporting bodies have reportedly called for a vote of no confidence in the SASCOC Board since Hendricks was suspended.

Elections are set to take place during the SASCOC Quadrennial General Meeting, which had been scheduled for March 28 before being postponed because of the coronavirus pandemic.

The postponement came amid a troubled nomination process to succeed Gideon Sam, who stepped down as President last year after reaching the age limit.