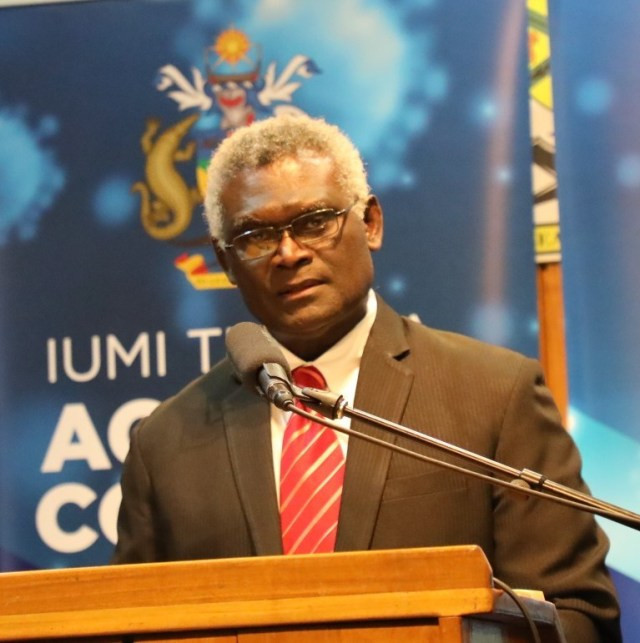 Solomon Islands Prime Minister Manasseh Sogavare has claimed that preparations for the 2023 Pacific Games remain on course, despite the coronavirus crisis.

Sogavare used his regular update on the COVID-19 situation to reassure people that the Solomon Islands were committed to hosting the event in the capital Honiara for the first time in the country’s history.

He revealed that the National Hosting Authority (NHA) has secured resources to construct approximately 80 per cent of all the facilities required for the event.

"We are confident we can secure the additional 20 per cent before 2023," Sogavare said.

"We fought hard to be given the honour to host the Games.

"We will not let go of the Games."

The Solomon Islands were awarded the Games by the Pacific Games Council (PGC) in May 2016, beating the favourites Tahiti by a single vote.

Sogavare claimed the Solomon Islands Government had been in regular contact with the PGC about the preparations, and the impact that COVID-19 was having on them.

"Three years out, both the NHA and the PGC are confident the Games will occur in 2023," he said.

"However, both will continue to monitor the global COVID-19 situation in the coming months."

Last year the Solomon Islands Government signed a Memorandum of Understanding (MoU) with the Fu Tsu construction company in Taiwan to build a new National Stadium for the Games.

But Sogavare confirmed in his COVID-19 address that China are now funding the National Stadium, which will have a capacity of 10,000, along with several other facilities for the Games.

These include a new Olympic-sized swimming pool, five tennis courts, a new practice athletics track, a hockey field, a multi-purpose sports hall and a 1,200 square foot office that will be the headquarters of Solomon Islands 2023.

Relations between the Solomon Islands and Taiwan have broken down since the MoU was signed, with the Pacific nation pledging its diplomatic allegiance to China instead.

The coronavirus crisis has delayed the start of the building of these facilities but a team from China is due to arrive in the Solomon Islands next month to finalise development plans.

In addition, Sogavare announced that Indonesia are providing the money to build a new futsal multi-purpose court.

Papua New Guinea, hosts of the Pacific Games in 2015, are helping build a new football academy, an outdoor futsal court, beach soccer and volleyball facilities, an office complex and a 50-bed dormitory that will help provide athlete accommodation during the Games.

The Solomon Island Government has also linked up with development partners to build a new National Institute of Sports.

"The design and tendering process are being fast-tracked to ensure construction commences no later than 1st May 2021," Sogavare said.

"The last facility will be handed over to Government no later than June 2023."