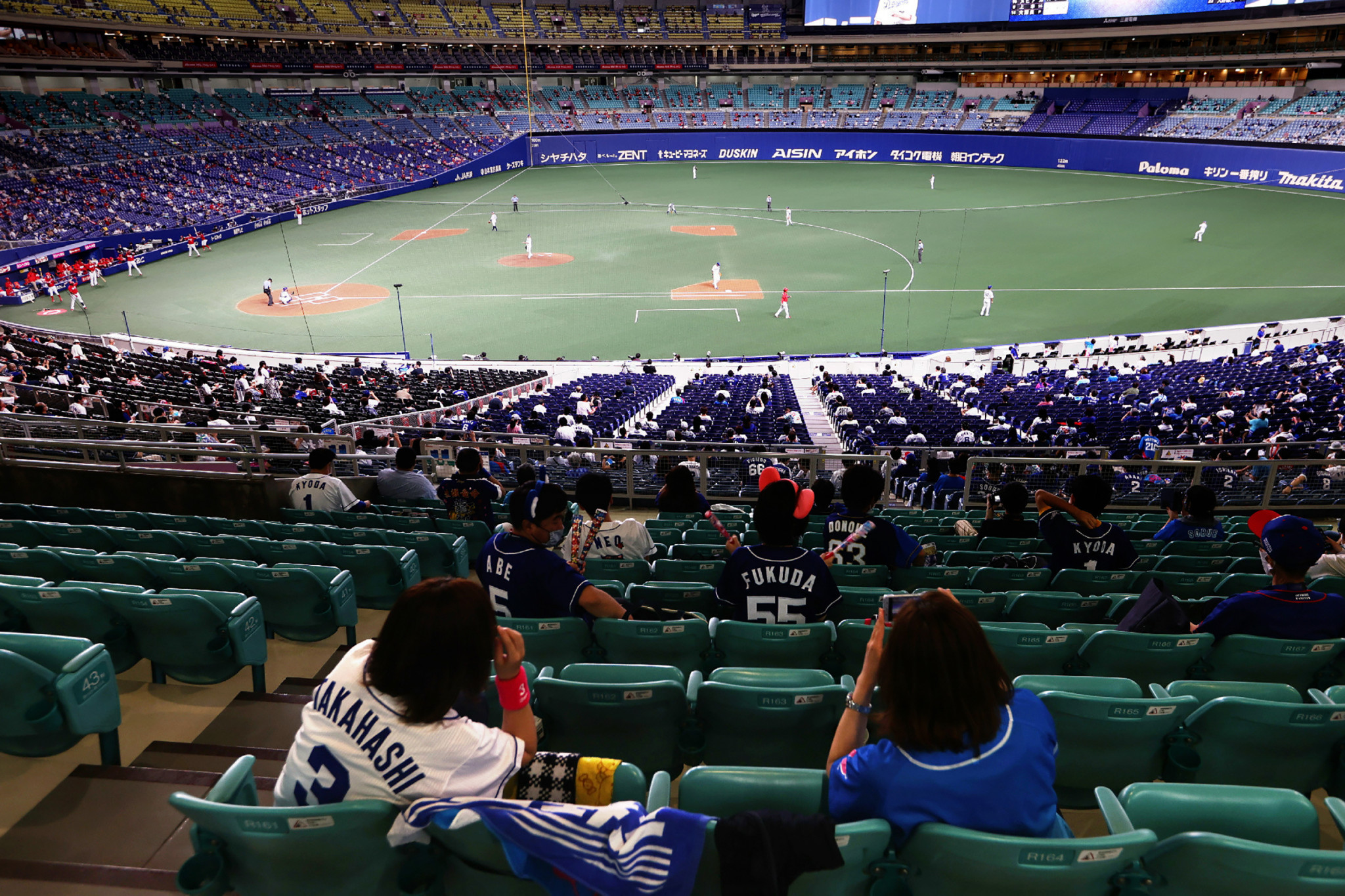 Japan has allowed a restricted number of fans to return to stadiums to watch baseball and football matches, despite the growing number of coronavirus cases in Tokyo.

A Japanese Government expert approved the move to allow 5,000 spectators to attend sporting competitions and music venues earlier this week.

Both Nippon Professional Baseball (NPB) and the J-League had requested the limit be raised from 1,000 to 5,000.

The leagues are reportedly hopeful of being permitted to allow attendances of 50 per cent of a venue’s capacity by August 1.

Fans were allowed to return for six NPB matches held today, two weeks on from the season resuming.

The NPB is commonly regarded as the second-best baseball league in the world behind North America's Major League Baseball.

Central League leaders Yomiuri Giants were due to face the Yakult Swallows in one of the six ties today, although the contest was rained off.

Chiba Lotte Marines’ match with the Saitama Seibu Lions was among those to go ahead, with 4,891 spectators reportedly in attendance.

Fans were required to wear masks, while they had their temperatures checked on entry.

Use of hand sanitiser and social distancing were among the measures also required in the stadiums.

Spectators have been asked to avoid singing and shouting during matches to lower the risk of spreading coronavirus.

J-League First Division matches are set to allow fans to return tomorrow under restrictions, although a Second Division match was held today with spectators.

The easing of restrictions comes despite a rise in the number of coronavirus cases, particularly in Japan’s capital city Tokyo, which was due to host the Olympic and Paralympic Games this month before they were postponed until next year because of the pandemic.

Koike, who was re-elected last week on a second four-year term, reportedly claimed the higher number of positives was due to an increased number of tests.

The previous record number of new cases was 224, which was set yesterday.