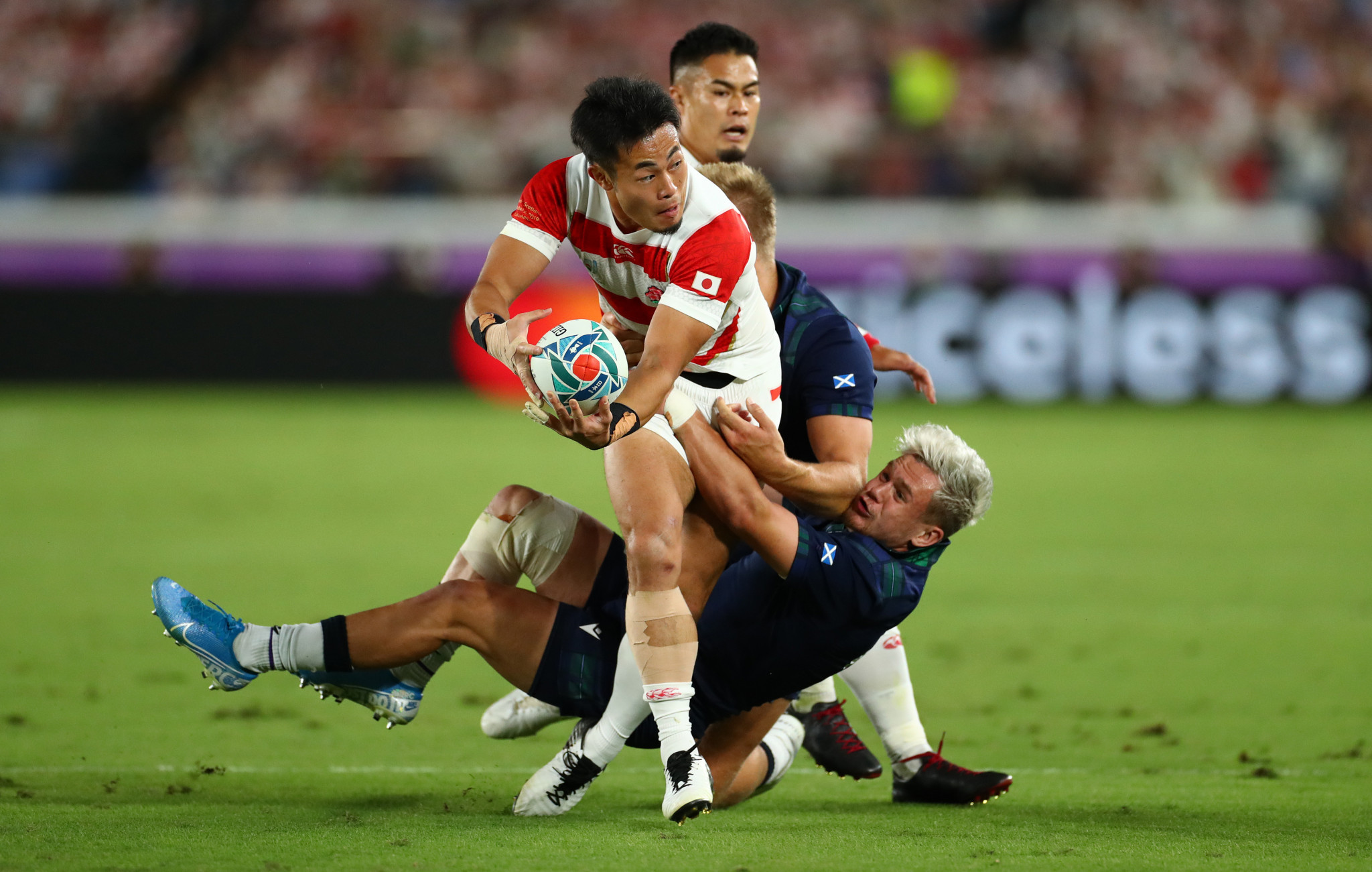 Kenki Fukuoka, one of the stars of Japan's run to the quarter-finals of the 2019 Rugby World Cup, has abandoned his plans to compete at the Tokyo 2020 Olympic Games.

The Games' postponement until 2021 has led Fukuoka to end his quest to appear, with the winger instead focusing on a medical career.

Fukuoka is studying to become a doctor and was hoping to bid farewell to elite-level rugby union after Tokyo 2020.

Fukuoka was part of the Japanese sevens team who finished fourth at Rio 2016, but achieved more fame following his exploits at the 15-a-side World Cup in late 2019.

That tournament was held in Japan and Fukuoka was one of the hosts' standout performers, scoring the team's only try in the win over Ireland and two in a triumph over Scotland.

Fukuoka ended the tournament with four tries, a tally bettered by only three other players.

Per Japanese news agency Kyodo, the Japan Rugby Football Union has confirmed that Fukuoka is no longer a member of the Olympic practice squad.

The 27-year-old already waved goodbye to international 15-a-side rugby after the World Cup and his time with the Sunwolves, Japan's lone Super Rugby franchise, is also up, with the team in effect dissolved.

Rugby sevens will be on the Olympic programme for the second time at Tokyo 2020, with Fiji the defending men's champions and Australia the women's champions.