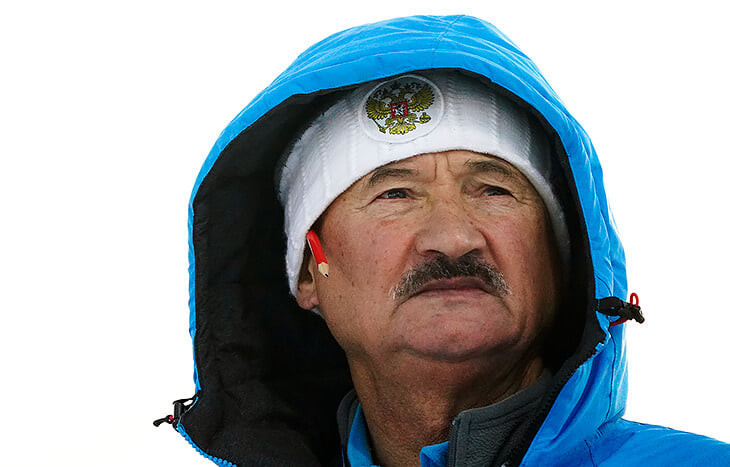 Former Russian biathlon coach Anatoli Khovantsev has admitted that he could "count clean biathletes on one hand" as recent as six years ago, but has stressed he believes it is now harder to cheat in the sport.

Khovantsev has claimed that a whole generation of biathletes were doping, but said that was no longer a case when he coached the team from 2018 to 2020.

He was replaced by vice-president Valery Polkhovsky as head coach earlier this year after a series of poor performances this year from both the men and women's team, with the latter winning no World Cup events.

He confided in sports.ru about systemic doping in the nation saying: "Between 2002 and 2014, you could count clean biathletes on the fingers of one hand.

"Returning to a 'normal' training technique is not easy, but for the last five or six years, we have been improving and it is much better.

"In biathlon, a whole generation was brought up on doping, returning to a normal technique is not easy."

In February, Evgeny Ustyugov was banned for two years and was stripped of his Sochi 2014 Olympic gold medal due to tests dating back to 2013, but Russian President Vladimir Putin said he hopes that genetic tests can help clear the biathlete's name.

In the same month, biathlete Alexander Loginov had his room raided by Italian police following a request from the International Biathlon Union.

Loginov, who served a two-year doping ban for Erythropoietin between 2014 and 2016, had phones and laptops belonging to him and his coach Alexander Kasperovich seized during the World Championships in Antholz-Anterselva in Italy.

Khovantsev also said it is difficult for those now in power blamed for the past saying: "The Federation and the coaches who are currently working are reaping the fruits of these years when Russia experienced doping problems."

Russia had 10 positive tests by biathletes between 2011 and 2015 that were covered up, according to the McLaren Report.

The country had 643 positive samples across all sports.