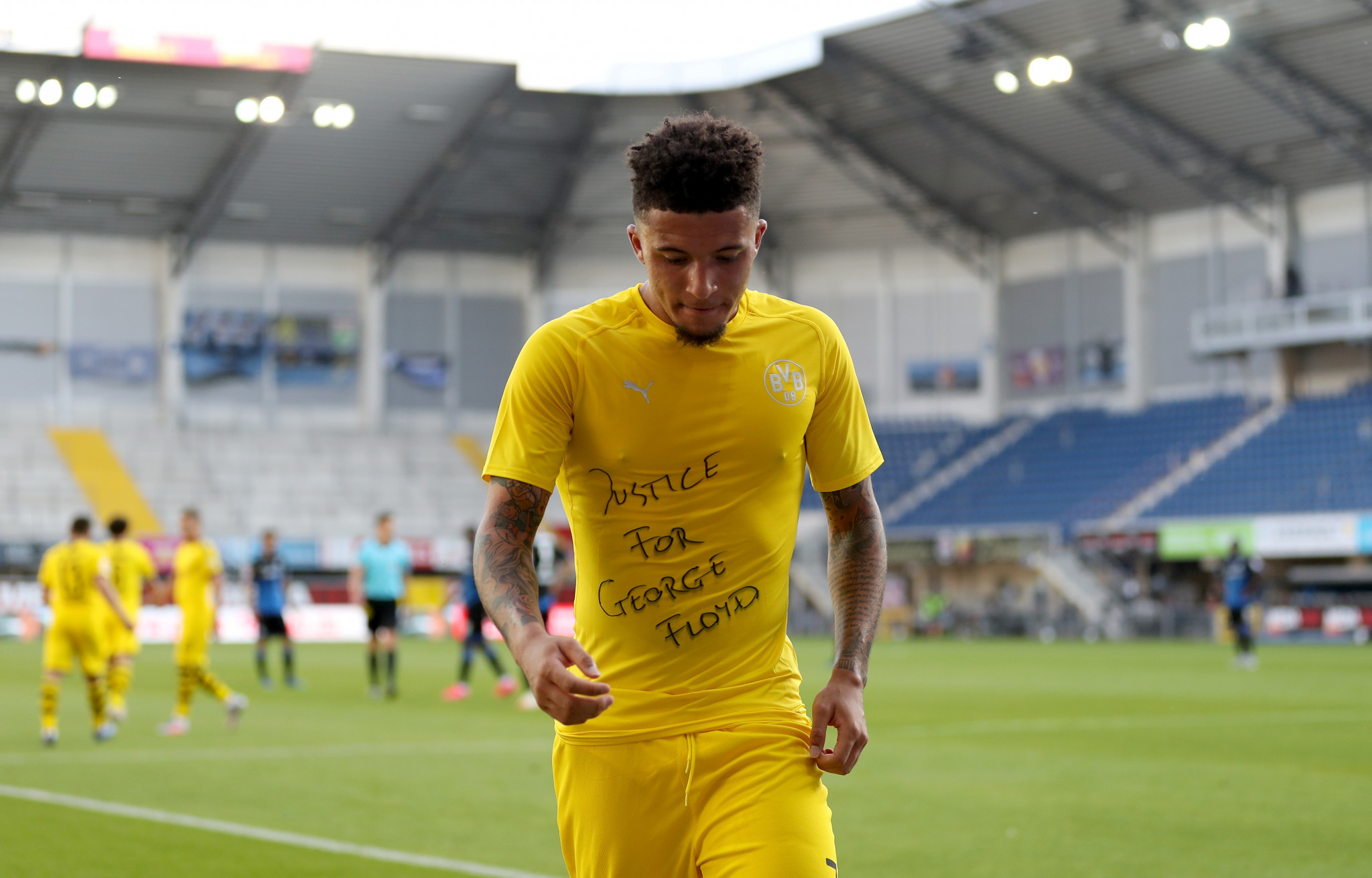 FIFA and World Athletics are among the latest sporting organisations to issue statements as ongoing protests continue in the United States following the death of George Floyd.

Floyd died on May 25 in Minneapolis with video footage showing a white police officer, Derek Chauvin, kneeling on his neck for several minutes.

Floyd repeatedly said he could not breathe.

His death has prompted renewed focus on the Black Lives Matter movement, with anger centered on police killings of black Americans.

Chauvin has been charged with third-degree murder, although calls have been made to upgrade the charge to first-degree murder.

Three officers present at the time have been sacked, with protesters calling for them to also face charges.

Demonstrations began in Minneapolis on May 26 and have continued for a week in the US, while similar protests have also taken place in other nations.

A series of sporting organisations have sought to reiterate their own anti-racism messages, with the International Paralympic Committee among those calling for change to ensure a world without racism.

FIFA has called for competition organisers to show "common sense" when applying the laws of the game, with the governing body saying there should be consideration for the context.

"For the avoidance of doubt, in a FIFA competition the recent demonstrations of players in Bundesliga matches would deserve an applause and not a punishment," Infantino said.

“We all must say no to racism and any form of discrimination."

“We all must say no to violence. Any form of violence.”

Its follows players in Germany's Bundesliga showing support for the protests, with Borussia Dortmund's Jadon Sancho and Achraf Hakimi revealing "Justice for George Floyd" t-shirts after scoring goals in their 6-1 win against Paderborn.

American player Weston McKennie also wore an armband with the same message when playing for Schalke, while Marcus Thuram took a knee after scoring for Borussia Moenchengladbach.

The latter action has become associated with former National Football League player Colin Kaepernick, who knelt during the American national anthem before matches in protest against the oppression of black people and the number of African-American deaths caused by law enforcement.

The German Football Federation (DFB) has said the actions of the players have been met with "much approval by the public", as the organisation sought to explain why it is reviewing on-pitch messages.

The DFB said that in accordance with the rules "equipment must not have any political, religious or personal slogans, statements or images".

"Players must not reveal undergarments that show political, religious, personal slogans, statements or images, or advertising other than the manufacturer's logo," the rules state.

"For any offence, the player and/or the team will be sanctioned by the competition organiser, national football association or by FIFA."

In McKennie's case the DFB said it would investigate the circumstances under the ruling, with the organisation adding that the referee followed the rules in the case regarding Sancho, who was shown a yellow card.

Players are expected to be booked for "unsporting behaviour" if they remove their shirt when celebrating a goal.

The DFB added that Thuram's celebration was open to interpretation and not against the rules, meaning no action was required from the referee.

"According to the DFB constitution, the control body's task is to ensure that the DFB's constitution and regulations are adhered to and to examine the circumstances surrounding violations," said DFB vice-president Rainer Koch.

"This is now happening as a result of this weekend's actions.

"Part of these examinations is to ascertain whether during matches and on the pitch are the right place for these actions.

"As is the case internationally, the game itself should remain free of political statements or messages of any kind; the fair and competitive action on the pitch should be the focus.

"There are of course opportunities before and after the match for these kinds of things.

"We'll have to wait and see whether sanctions are required in these instances."

Koch added that the DFB had "huge respect for players who take a stance and show their solidarity".

"We need responsible players like them and I am proud of them," he said.

"From a moral standpoint, I completely understand their actions on the weekend.

"There is no-one who isn't moved by what has happened in the USA."

Our athletes and the athletics’ family have been rocked by this so I am going to call the sport together. We must find our collective voice and practical actions #BlackLivesMatter https://t.co/vmhvaramXf

"FIFA fully understands the depth of sentiment and concerns expressed by many footballers in light of the tragic circumstances of the George Floyd case," an initial statement read.

"FIFA had repeatedly expressed itself to be resolutely against racism and discrimination of any kind and recently strengthened its own disciplinary rules with a view to helping to eradicate such behaviours.

"FIFA itself has promoted many anti-racism campaigns which frequently carry the anti-racism message organised under its auspices.

"The application of the laws of the game is left for the competitions' organisers, which should use common sense and have in consideration the context surrounding the events."

World Athletics also promoted an anti-racism message and said the governing body "stands beside our athletes and all people who are demanding change".

They used the image of Olympic sprinters Tommie Smith and John Carlos on the podium at the Mexico 1968 Olympic Games.

The American sprinters raised black-gloved fists during the medal ceremony, which served as a civil rights protest against racial discrimination.

"Our athletes and the athletics' family have been rocked by this so I am going to call the sport together," said Sebastian Coe, World Athletics President.

"We must find our collective voice and practical actions."