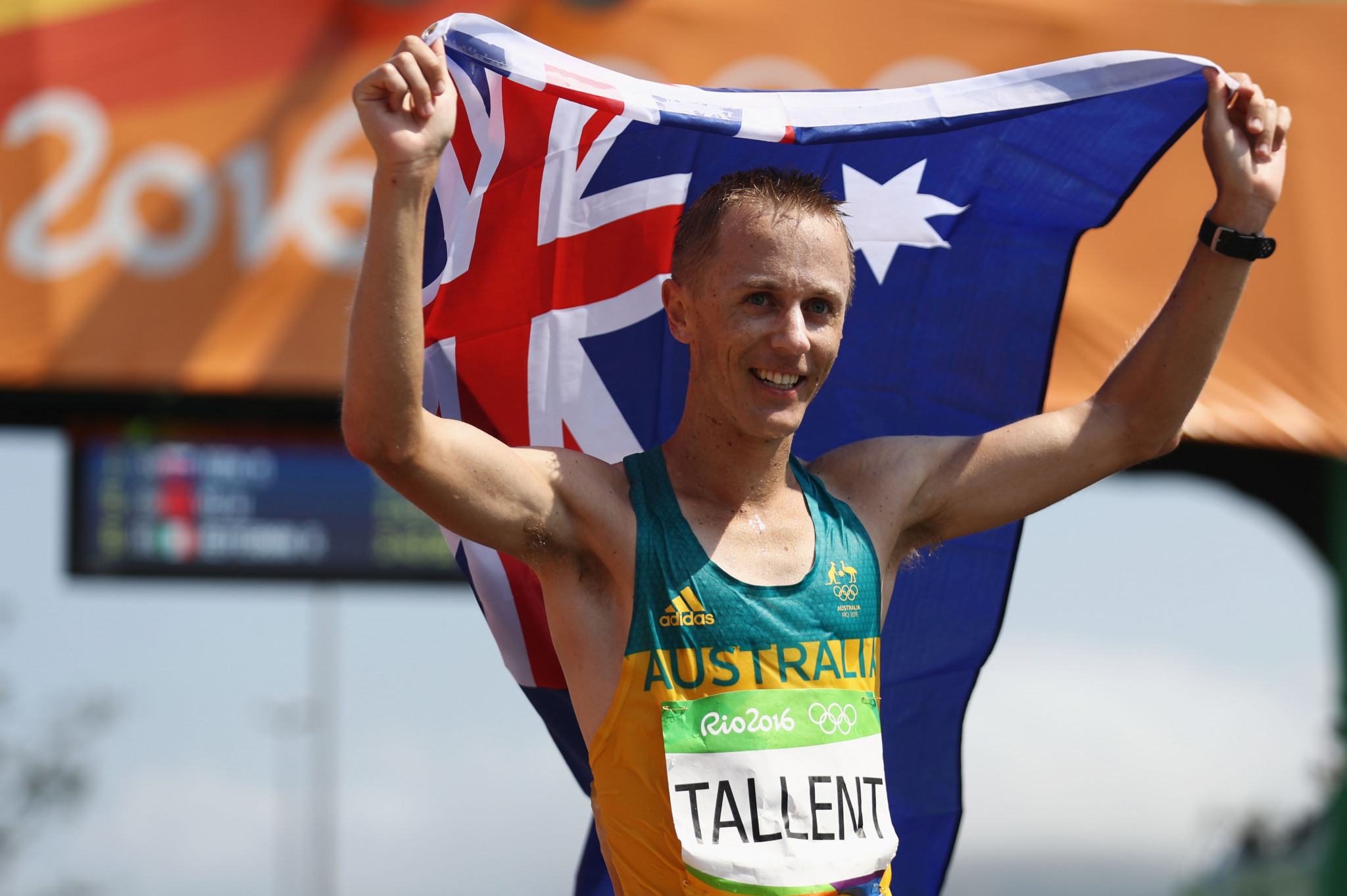 The 35-year-old had said he was planning to retire after Tokyo 2020 this summer.

The Olympic Games were postponed last week for one year due to the coronavirus pandemic.

Dates for rescheduled Olympics were confirmed today, with the Games due to take place from July 23 to August 8 in 2021.

The delayed Games have impacted athletes who were planning to retire after Tokyo 2020 this year.

"Things were going well and I was hoping to qualify for Tokyo and it be my swansong," Tallent told Australia’s 7News.

"Because I have been going on for these four years, there is no way I can retire now with it being one more year."

Tallent claimed gold in the men’s 50 kilometres race walk in London, with the Australian also winning silver at Beijing 2008 and Rio 2016.

The Australian star earned a bronze medal in the 20km event in Beijing.

Tallent had initially finished as the silver medallist at London 2012, behind Russia's Sergey Kirdyapkin.

His sanction was initially backdated to October 2012, allowing him to keep his Olympic title.

World Athletics successfully appealed the decision at the Court of Arbitration for Sport (CAS), with Kirdyapkin’s results from August 20 in 2009 to October 15 in 2012 declared void.

This saw Tallent upgraded from the silver medal to gold.

Tallent, who has also won three World Championship silver medals and Commonwealth Games gold during his career, said he was looking to cross the line first at the Olympics for the first time.

"I was leading in Rio with two kilometres to go and unfortunately got overtaken in the last lap.

"That was pretty heart-breaking, crossing the line second for the third time in a row.

"Tokyo would hopefully be a good bit of redemption to go out and win.

"I think that is what really drives me."