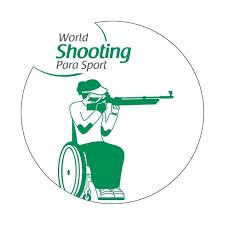 The World Shooting Para Sport World Cup in Lima in May has been pushed back to 2021 following the decision to postpone the Paralympic Games because of the coronavirus pandemic.

Organisers said new dates for the competition, which had been scheduled to take place in the Peruvian capital from May 22 to 31, would be announced in due course.

The outbreak of the COVID-19 virus has forced a near global shutdown of sport and led to the postponement of the Tokyo 2020 Olympic and Paralympic Games.

The World Shooting Para Sport World Cup is among the latest sporting events to be postponed because of the virus, which has killed more than 19,000 people and infected over 446,000 worldwide.

The Al Ain 2020 World Cup, scheduled for March 11 to 22 in the United Arab Emirates, was cancelled earlier this month due to the virus.

"The pandemic represents an unprecedented situation which has affected the lives of millions of people around the world, including athletes, coaches and National Paralympic Committees’ staff," World Shooting Para Sport said in a statement.

"World Shooting Para Sport regrets the cancellation and postponement of the events but fully supports the decisions taken by Local Organising Committees to place as number one priority the health and well-being of all those involved."

World Shooting Para Sport has not followed others in cancelling its entire season, adding it was in "constant communication" with organisers of events set to be held during the remainder of the campaign.