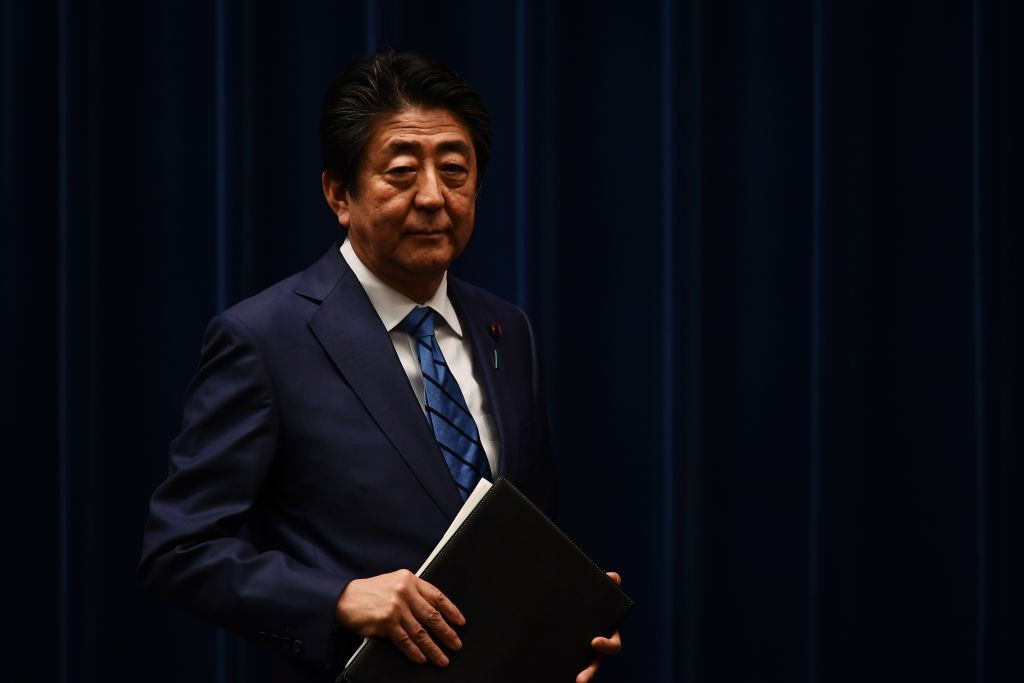 Japanese Prime Minister Shinzō Abe has claimed members of the G7 agreed to back a "complete" Olympic and Paralympic Games in Tokyo on a video conference to discuss the coronavirus pandemic, but appeared to scale back his insistence that the event would go ahead as planned.

According to reports in Japan, Abe also swerved questions about whether any of the G7 leaders had raised the possibility of postponing or cancelling the Games on the call.

The outbreak of COVID-19, which has killed more than 7,000 people and infected over 184,000 worldwide, has fuelled suggestions Tokyo 2020 may be cancelled or postponed.

A recent poll has found that 69.9 per cent of Japanese people do not expect the Olympics and Paralympics to be staged as planned.

Japanese officials and the International Olympic Committee (IOC) have refused to waver from their stance that the event will be held as scheduled, despite growing concern over the spread of the virus and its impact on the Games.

Dozens of events, including Olympic qualifiers and World Championships, have been cancelled or postponed as a result of the virus, while the Greek leg of the Tokyo 2020 Torch Relay has also been called off.

Abe said he had told the G7 leaders Japan is "doing everything in our power to prepare (for the Games), and we want to aim for a complete event as proof that mankind can defeat the new coronavirus" and repeated the same line when questioned by reporters afterwards.

The Prime Minister also steered clear of definite timelines in contrast with his previous insistence that the Olympics will open as planned on July 24.

Abe had stressed Japan will host the Games "without problem" and "as planned" during a press conference on Saturday (March 14).

Speaking at a news conference several hours after the G7 call, Olympics Minister Seiko Hashimoto claimed Abe's use of the word "complete" regarding Tokyo 2020 referred to the Games taking place as scheduled and with spectators.

But chief cabinet secretary Yoshihide Suga, a leading spokesperson for the Japanese Government, also dodged a question on the timing of the Games, according to Reuters.

The IOC is holding crisis talks with International Federations, National Olympic Committees and athletes over the next two days to discuss the coronavirus pandemic.

The outbreak has wreaked havoc on qualification for Tokyo 2020, leaving athletes fearful they may not be able to secure a place at the Games.

A decision on a possible cancellation or postponement of Tokyo 2020, which rests with the IOC, will not be made this week.

The IOC can also cancel the Games "in the event of war, civil disorder or boycott, or if the organisation believes that the safety of participants would be threatened 'for any reason whatsoever'".