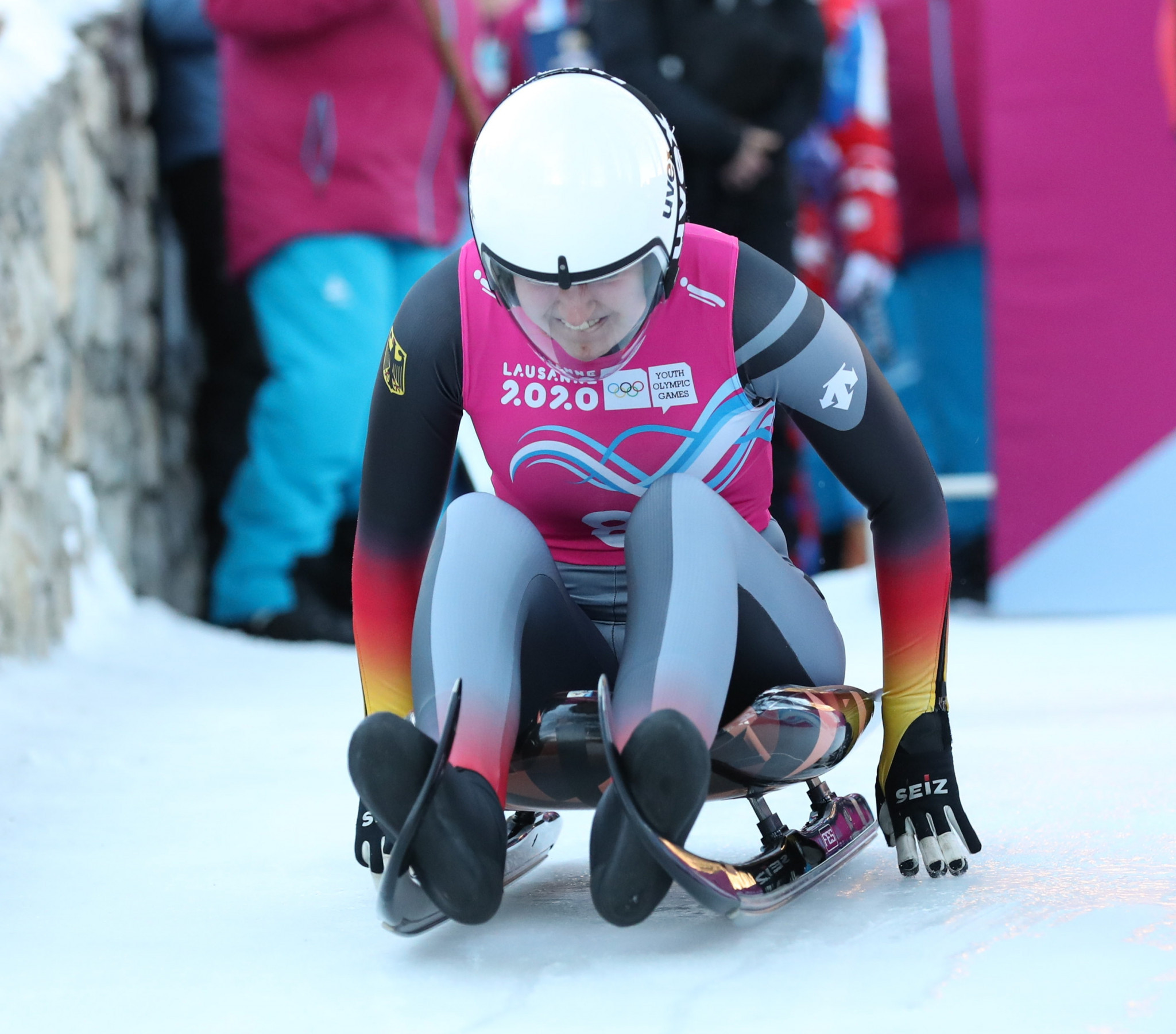 Germany’s Moritz Elias Bollman never looked in doubt in the junior men’s singles, sitting top of every time gate but one over the two runs winning in a time of 1min 30.057sec to take a popular victory.

It could have been an all-German podium had it not been for Latvian Gints Berzins who took the silver medal, 0.204 seconds adrift of Bollman.

Berzins started slow on both runs but also finished as the quickest luger on the bottom half of the field moving from third to second after the final run.

He took advantage of a slow second run by another German Florian Müller, who sat in second after run one but could only post the seventh fastest time on run two which dropped him out the medals and into fourth.

His team-mate, David Noßler instead made the podium moving from fifth to third to win bronze a distance away from Berzins but crucially, finishing ahead of Müller who had a mistake on the final section of the track.

In the women’s event, Jessica Degenhardt added to German success, narrowly squeezing ahead of Russia’s Diana Loginova on the second run posting the fastest run of the competition in the process.

After run one, Degenhardt sat in third behind Loginova and Austria’s Lisa Schulte who took the early lead.

The improvement on run two for the German lifted her from the bronze medal position to take gold in a time of 1:23.315, 0.016 seconds ahead of the Russian, who had identical runs.

Schulte, on the other hand, squandered her lead after never looking in the shape of her first run, dropping her down to bronze, with only 0.030 seconds separating her and fourth-place French luger Merie Fräbel, who also made a mistake, preventing her from winning a medal.