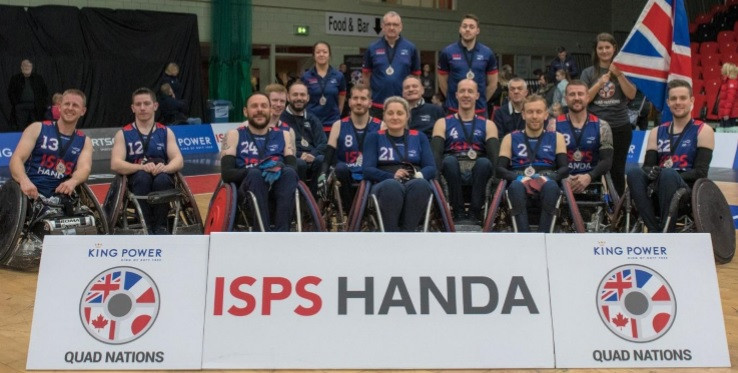 Britain and the United States have announced their squads for the upcoming Wheelchair Rugby Quad Nations tournament in Leicester in England.

Britain has selected a 13-strong squad for the three day event from February 21 to 23 which will see the hosts up against wheelchair rugby's top two nations - Australia and the United States.

The competition takes place across a round robin format at the Morningside Arena in Leicester and is an important part of all the participating countries preparations for the Tokyo Paralympic Games this summer.

Looking ahead to the event Britain's wheelchair rugby head coach Paul Shaw said: “It is sure to be an exciting tournament and with the Tokyo 2020 Paralympics only months away, we must take every opportunity to test ourselves against the best in the world.”

The British squad features two debutants in Jack Smith of the Leicester Tigers and Dan Kellett of the West Coast Crash.

Previewing the competition the United States head coach James Gumbert said: "We are very excited to return to Leicester and play in the Quad Nations tournament.

"This year’s team has yet to see any international competition and will prove invaluable in our build-up towards Tokyo 2020.”