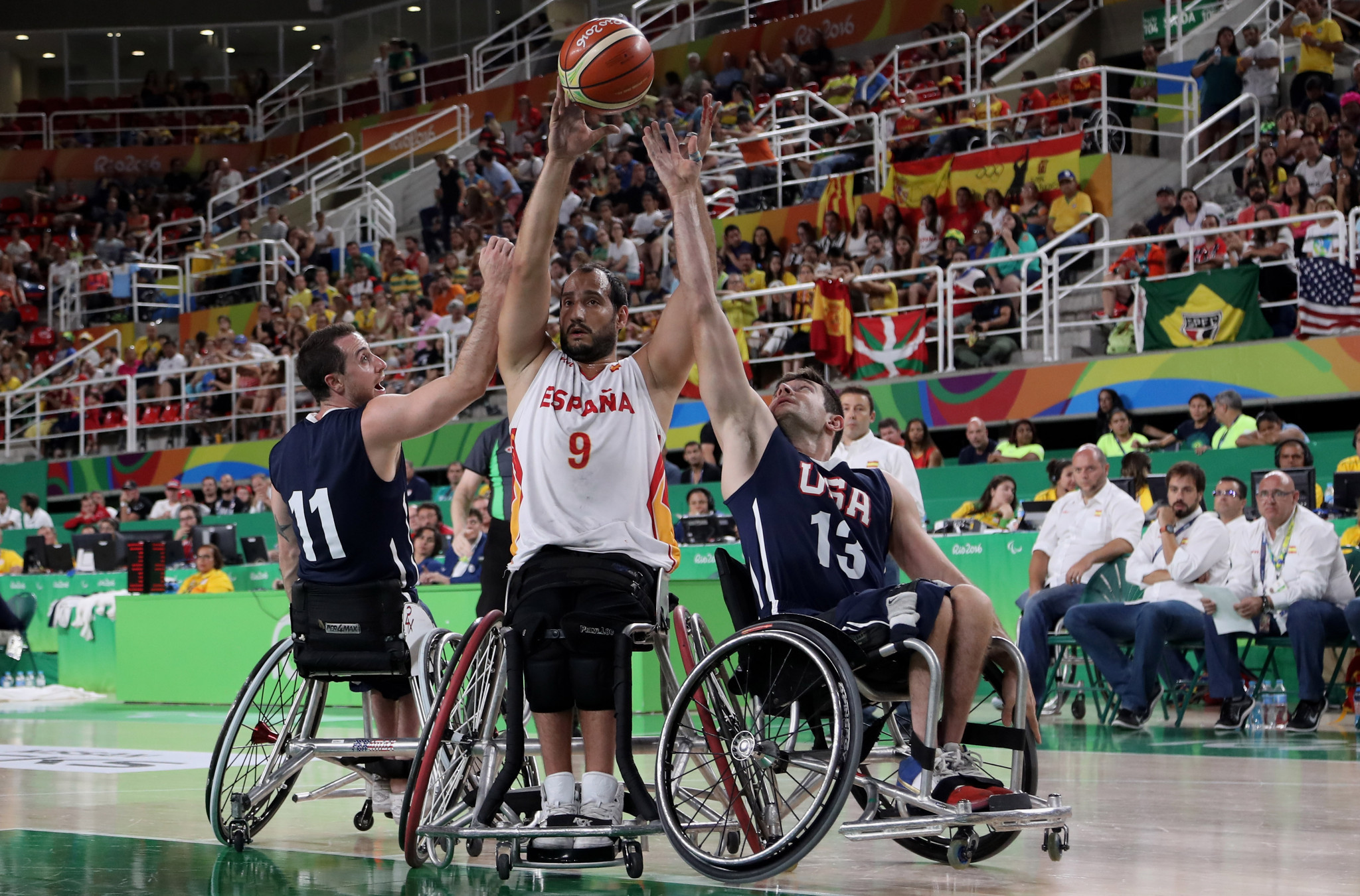 The International Paralympic Committee (IPC) estimates between 50 to 75 wheelchair basketball athletes should be reclassified to enable the sport to feature at the Tokyo 2020 Paralympic Games.

The IPC last week warned the International Wheelchair Basketball Federation (IWBF) that the sport will be removed from this year's Paralympic Games unless the governing body implements an IPC-approved action plan to improve athlete classification by May 29.

Wheelchair basketball has also been dropped from the Paris 2024 programme "with immediate effect".

The sport will be reinstated if the IWBF becomes fully compliant with the IPC Athlete Classification Code by an August 2021 deadline.

He claimed the IWBF would need to show progress in reclassifying athletes in the 4.0 and 4.5 classes, which are players with higher mobility, by the May 29 deadline.

“You don't need to fix everything by Tokyo,” Spence told Kyodo News.

“It's realistic that you can reclassify this athlete population that we estimate between 50 and 75 athletes.

"If by May 29, the IWBF has only reclassified 80 per cent of the athletes, then we will extend the deadline and allow them to do it.

"We want wheelchair basketball at the Tokyo Paralympic Games because it's a fantastic sport and will entertain thousands of fans here.”

IPC President Andrew Parsons claimed the organisation had reached "breaking point" with the IWBF when announcing their decision last week.

Parsons warned "substantial work" was needed to resolve the situation.

Spence added that the IPC had repeatedly asked the IWBF to take action to resolve concerns over classification.

"If you have arthritis, you could play wheelchair basketball.

“If you have a bad knee, you could play wheelchair basketball.

"We needed them to take action.

“They keep promising to take action and they do nothing.”

The decision from the IPC came with a little more than 200 days to go until the Tokyo 2020 Paralympics open on August 25.

It has caused uncertainty for players from teams who have already qualified, while tickets for wheelchair basketball at the Games have already been sold.

Britain, Canada and Germany had criticised the timing of the announcement by the IPC.

National wheelchair basketball bodies, athletes and other officials have called on the IWBF to resolve its issues by bringing its classification regulations in line with the IPC.

Men's wheelchair basketball has featured at every Paralympic Games since 1960, while a women's competition made its debut at the event eight years later.

It has grown to become one of the most popular Paralympic sports but it could miss the next two editions of the Games unless it addresses the concerns outlined by the IPC.