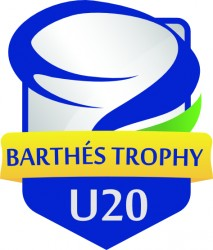 Rugby Africa has announced that Kenya has won the right to host the next three editions of the Under-20 Barthés Trophy.

This year’s edition of the Under-20 Barthés Trophy, sponsored by French bank Société Générale, is due to take place in Nairobi from April 19 to 26.

"The Kenya Rugby Union and the entire Kenyan people are thrilled by the excellent news from Rugby Africa awarding Kenya the Barthés Under-20 Trophy hosting rights for the next three years," Oduor Gangla, the chairman of Kenya Rugby Union, said.

"It is indeed a great honour to all of us.

"A special mention to our Ministry of Sports, Culture and Heritage under the astute leadership of Amina Mohamed who have supported our bid.

"We will work closely with Rugby Africa, the Government, commercial sponsors, media and other stakeholders to ensure successful delivery of the events."

The Barthés Trophy is the only junior tournament in Africa and eight national under-20 teams compete for the title.

Participating teams in 2020, in order of their current ranking, are Kenya, Namibia, Senegal, Madagascar, Tunisia, Zimbabwe, Ivory Coast and Zambia.

Pool A is made up of Kenya, Madagascar, Tunisia and Zambia, while Pool B comprises Namibia, Senegal, Zimbabwe and Ivory Coast.

Guédel N’Diaye, President of the Competition Commission at Rugby Africa and President of the Senegalese Rugby Federation, states he is looking forward to launching what he thinks will be an exciting 2020 season.

"The Under-20 Barthés Trophy marks the first tournament in the Rugby Africa calendar this year," he said.

"We believe that we need this kind of commitment, as shown by Kenya Rugby Union, to strengthen our sport for a sustainable and strong future.

"With solid commitment, we can equally build a successful broadcast and commercial programme around the event.

"The young players are our major asset in terms of growing participation and fan base.

"The Under-20 Barthés Trophy tournament speaks to our long-term strategy for Africa to become the breeding ground of the next generation of world-class athletes.

"Through this competition we can measure the real progress accomplished by the federation in terms of the development of rugby amongst the youth.

"Eighty per cent of the selected players evolved from their local championships."

Kenya are the defending champions after beating Namibia 21-18 during last year's edition in Nairobi.