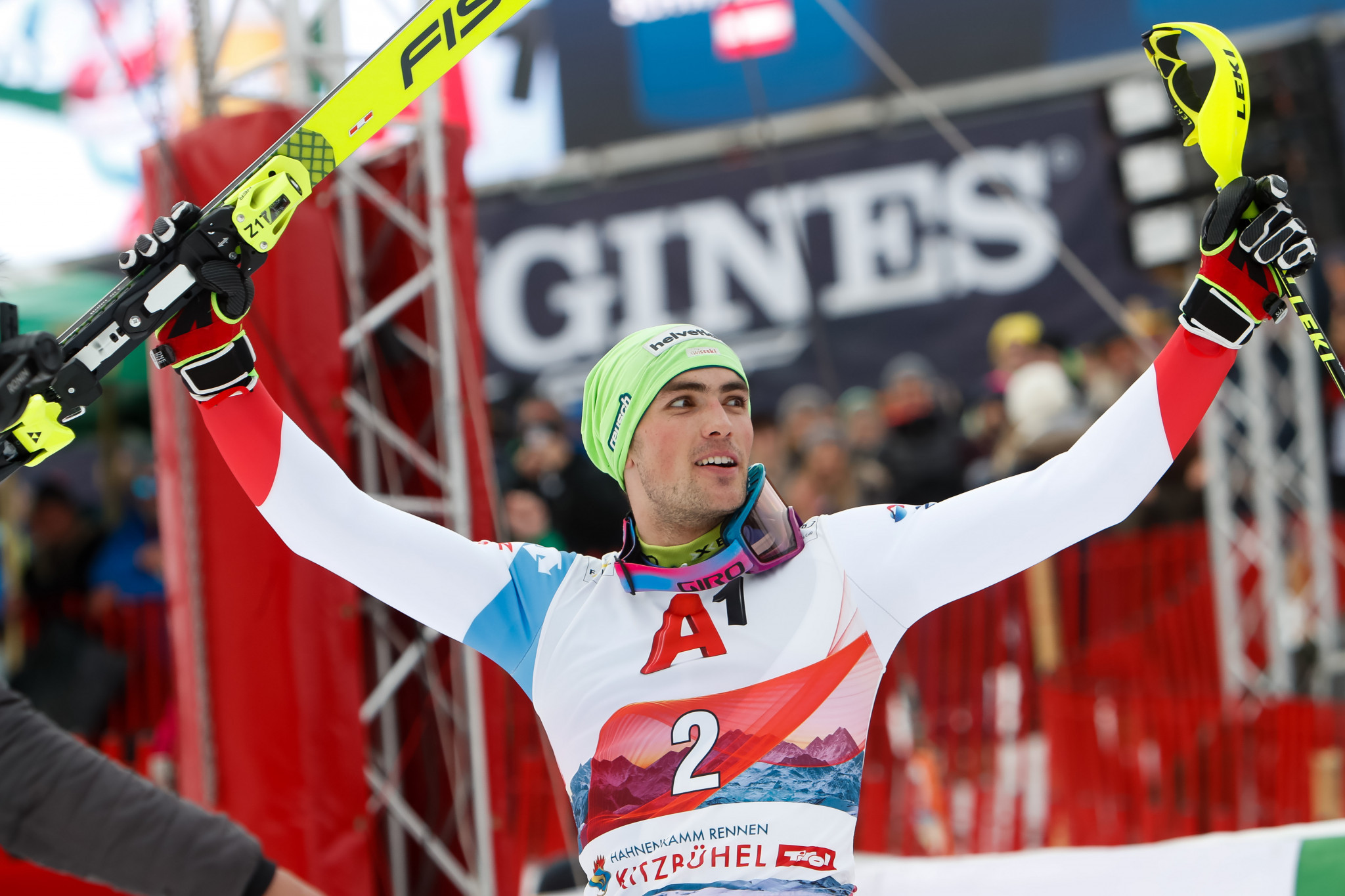 It was the Swiss skier’s third World Cup win of the season – all of which have come in the slalom.

Braathen had produced the fastest time in the first run, clocking 50.49sec to finish ahead of Yule’s 50.82 and end up with his best World Cup result so far.

#DanielYule is unstoppable! The Swiss ace takes the third win of the season in Slalom, beating @Blacky_1995 and @clement__noel in a close fight! #fisalpine pic.twitter.com/1uzVLFyqAT

Kristoffersen had to be content with fifth place, 0.49sec back from Yule, but he remains top of the overall World Cup standings with 741 points after 24 of the 44 scheduled races.

Fellow Norwegian Aleksander Aamodt Kilde is second on 700, and Austria’s Matthias Mayer, who won yesterday’s downhill title in Kitzbühel, is third on 692.

Kristoffersen also leads the slalom standings on 452 points, but Yule’s win has moved him up to second place on 435, with Noël third on 400.

Next up on the Alpine Skiing World Cup circuit is a single men’s slalom race at the Austrian resort of Schladming on Tuesday (January 28).