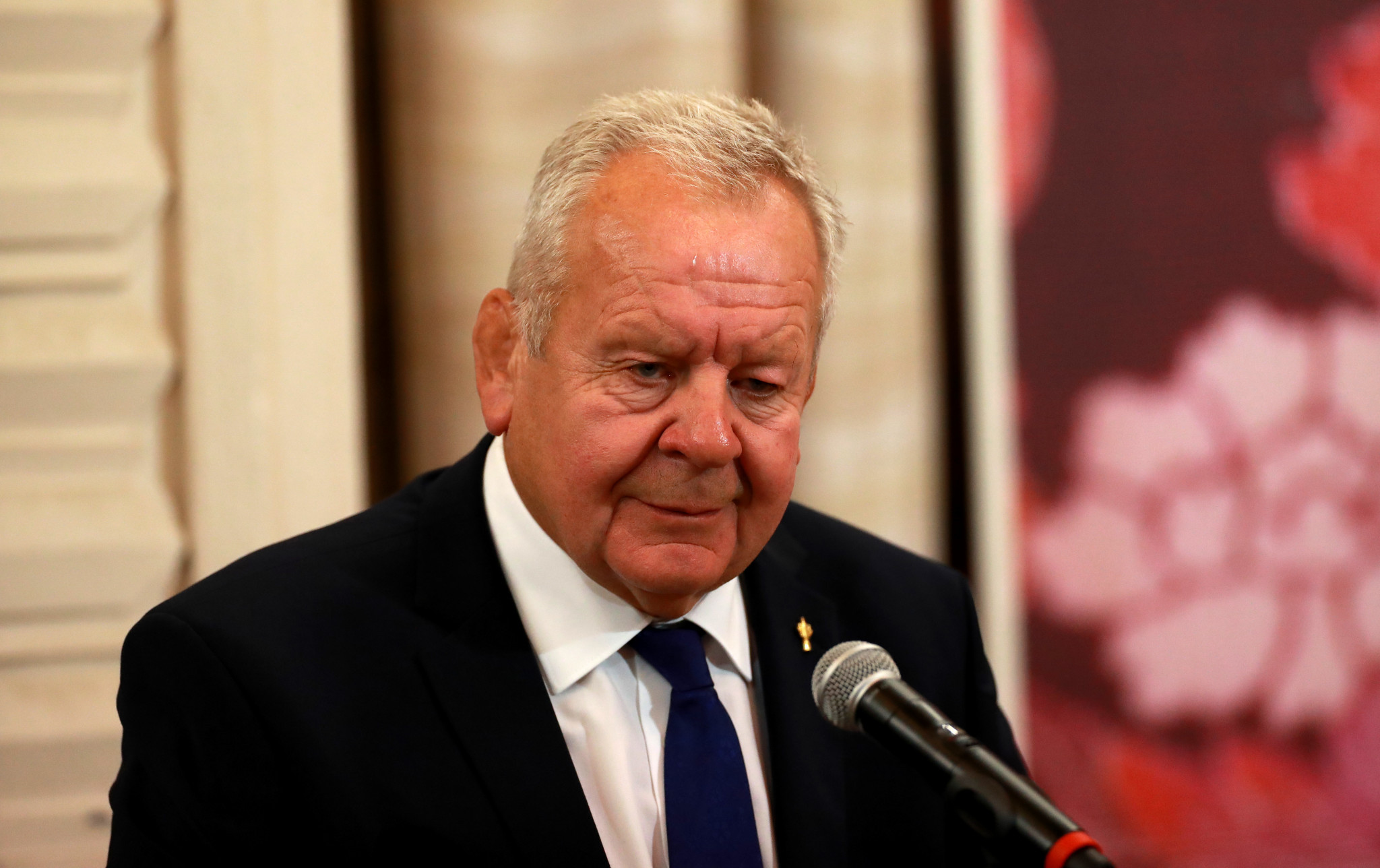 Sir Bill Beaumont today officially confirmed he will be seeking a second four-year term as chairman of World Rugby.

The former England captain had been unanimously elected to replace France's Bernard Lapasset in May 2016.

"Having consulted with my union and region colleagues and my family, I can confirm that I will be seeking re-election as World Rugby chairman at the Council meeting in May," Sir Bill announced today.

"I have thoroughly enjoyed this four-year term and have always sought to lead for the global game, not the few, by engaging with all levels of our sport to understand what really matters to our unions, players, fans, broadcasters and commercial partners."

Sir Bill also announced that he will be running with Bernard Laporte, President of the French Rugby Federation, as vice-chairman.

Former Argentina captain Agustin Pichot had been elected as vice-chairman, along with Sir Bill, four years ago.

But he was behind the proposed World League, an annual tournament which would have pitted six countries from the Northern Hemisphere against six from the South, with an in-built promotion and relegation system.

The Six Nations voted unanimously to reject the proposal last June, raising concerns over the prospect of a relegation and promotion scenario.

Laporte is the vice-president of Six Nations Rugby, the organisation in charge of the annual tournament featuring England, France, Ireland, Italy, Scotland and Wales.

"Bernard is a great servant of the game and shares my vision for a strong, sustainable and inclusive game that provides even greater opportunity for expansion and growth," Sir Bill said.

Among the achievements Sir Bill highlighted in his announcement that he was standing again was the reintroduction of rugby to the Olympic programme at Rio 2016, when sevens made its debut with Fiji winning the men's gold medal and Australia the women's.

He also pointed to last year's successful Rugby World Cup in Japan, which he claimed was "truly game-changing... igniting rugby growth in Asia".

The 67-year-old Sir Bill revealed he was also proud that under him there had been "record participation and rapid fan growth driven by young people, largely female, in emerging rugby markets".

He also claimed he had put "player welfare at the heart of all our decisions, implementing an evidence-based approach to stabilise injuries and reduce concussion risk in the game".

"Serving the game is a privilege, and while we have made great, game-changing progress over the last four years and accelerate into a new decade in excellent shape, there is much work to be done," Sir Bill, chairman of the Rugby Football Union from 2012 to 2016, said.

"I am excited by the future and the opportunities for rugby."

If re-elected, Sir Bill promised further governance reform, to strengthen the the financial sustainability of the game, accelerate the development of women in rugby and promote greater player dialogue.

"World Rugby is a strong organisation, and it is important that we further reform our decision-making structures for the betterment of all in the game as we accelerate into a new decade full of opportunity," he said.

"The global rugby landscape is constantly changing and there is opportunity, and necessity, to implement structured and consistent international competitions, supporting the development of our unions, especially those who do not participate in the Six Nations and The Rugby Championship, while generating further engagement, interest and commercial investment."