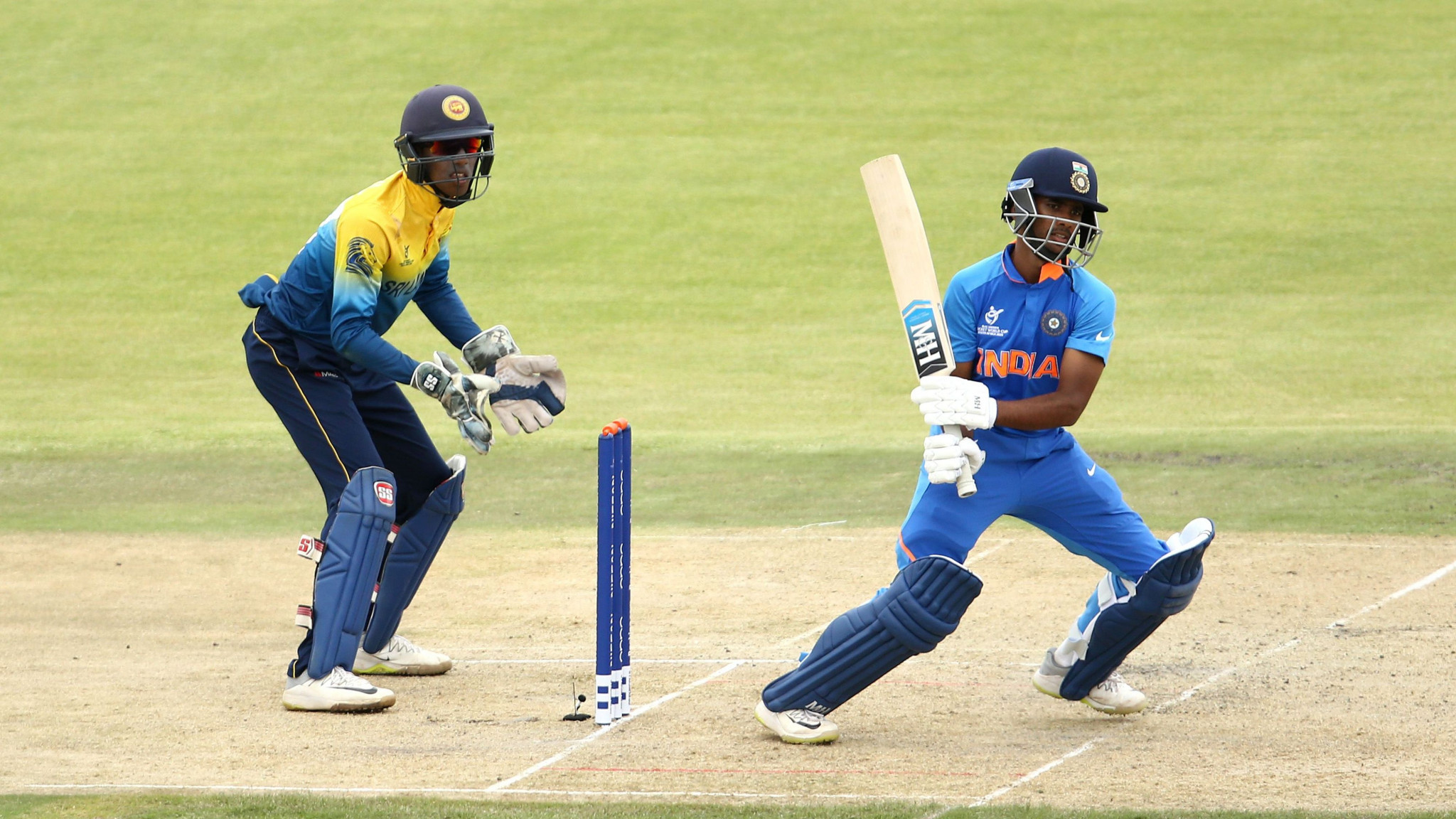 Defending champions India got their International Cricket Council (ICC) Under-19 World Cup campaign off to an impressive start with a 90-run win over Sri Lanka in Bloemfontein in South Africa.

Siddhesh Veer scored 44 off only 27 balls as India finished on a total of 297 for four, and he was then one of three Indian bowlers to take two wickets as their rivals were dismissed for 207 in the Group A match at the Mangaung Oval.

Victory sends India straight to the top of their group in what they will hope is the start of a successful quest to claim a record-extending fifth ICC U19 Cricket World Cup title.

The highly-rated Jaiswal scored an impressive 59 off 74 balls, including eight fours, Garg hit 56 and then Jurei recorded an undefeated 56 as Veer's big-hitting at the end ensured India posted a formidable total.

Sri Lanka briefly looked like they might chase down the total when Kamil Mishara with 39 and Ravindu Rasantha with 49 posted a 87-run, second-wicket partnership.

But when Jaiswal got Sri Lanka's second wicket the momentum swung firmly behind India and, despite 50 from 59 balls from their captain Nipun Perera, Sri Lanka were easily defeated.

"I was really happy with my performance, the shots I played came off which helped me with my innings," said player of the match Veer.

"It was a good start for the team and we are happy."

In today's other match, two-time champions Pakistan made short work of Scotland as their fast bowlers skittled the opposition for 75 - a target they then chased down inside 12 overs at the North West University Oval in Potchefstroom.

Pakistan's menacing pace attack proved too strong for Scotland, paving the way for a convincing seven-wicket victory in Group C.

Scotland won the toss and elected to bat but were bowled out for just 75 in 23.5 overs, as Pakistan's Muhammad Waseem with five for 12, Tahir Hussain with 3-23 and Abbas Afridi with 2-32 tore through their batting order.

Pakistan then reached the required target off just 11.4 overs for the loss of three wickets.

Tomorrow, in Group B, England are due to open their campaign against the West Indies at the Diamond Oval in Kimberley.

Australia, meanwhile, looking to bounce back from their defeat to the West Indies yesterday, will take on Nigeria at the Country Club B Field in Kimberley.