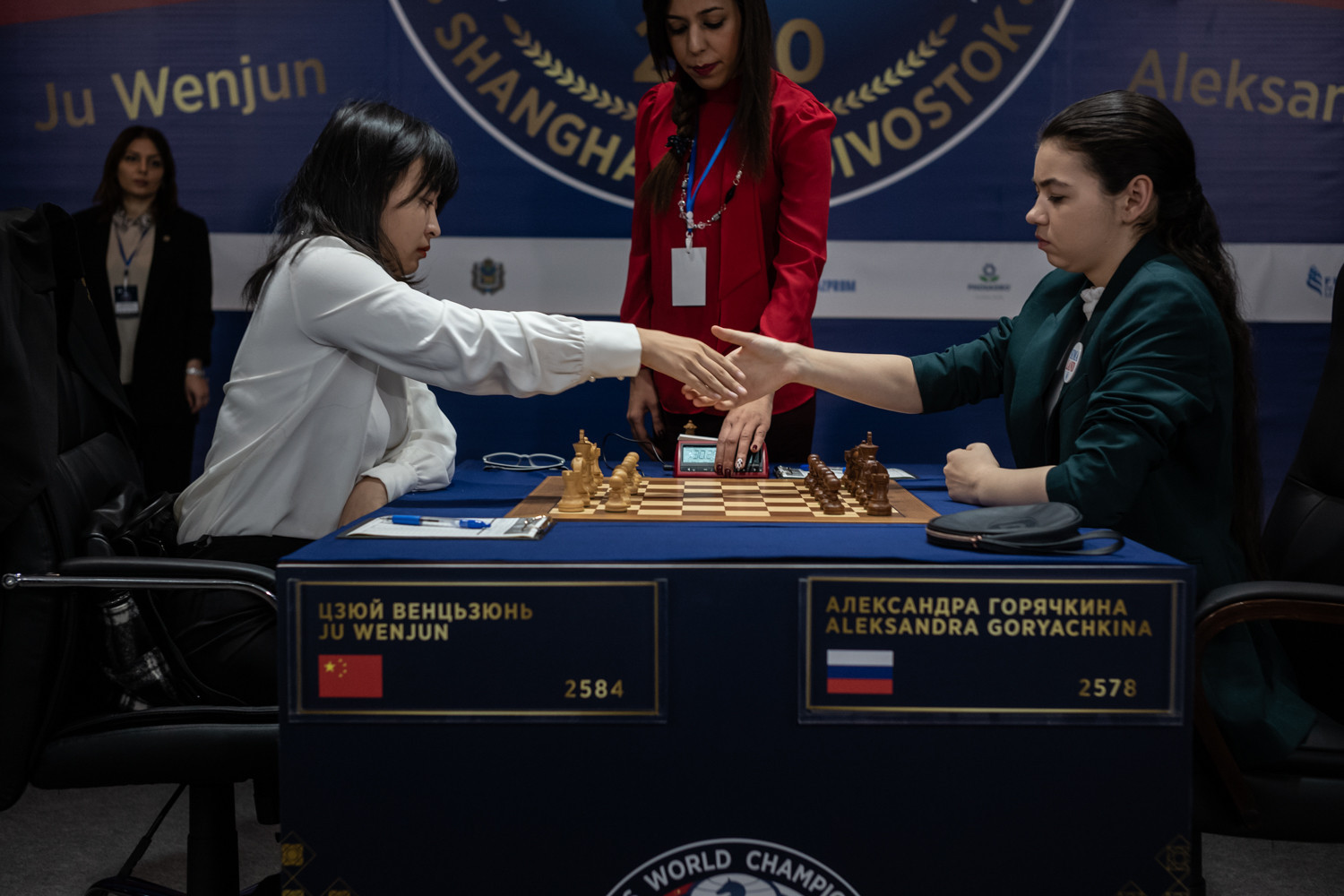 The Chinese player won game nine in Vladivostok after Goryachkina's victory in game eight had seen the Russian lead for the first time.

Playing with the white pieces, Ju was victorious today after 62 moves.

She arrived in a black jacket with "whatever" embroidered on the back and played aggressive chess which eventually forced her opponent into mistakes.

Experts agreed, however, that the Russian missed a chance to win the game with her 28th move that would have put her two points clear in the match and very hard for Ju to catch.

The result means, however, that with four games to go the Championship remains delicately poised.

Ju had home advantage for the first six games in Shanghai, before the Championship moved to Russia.

Game 10 will take place tomorrow, with both players now on two victories each.

Tiebreakers will be held in case of an overall draw.