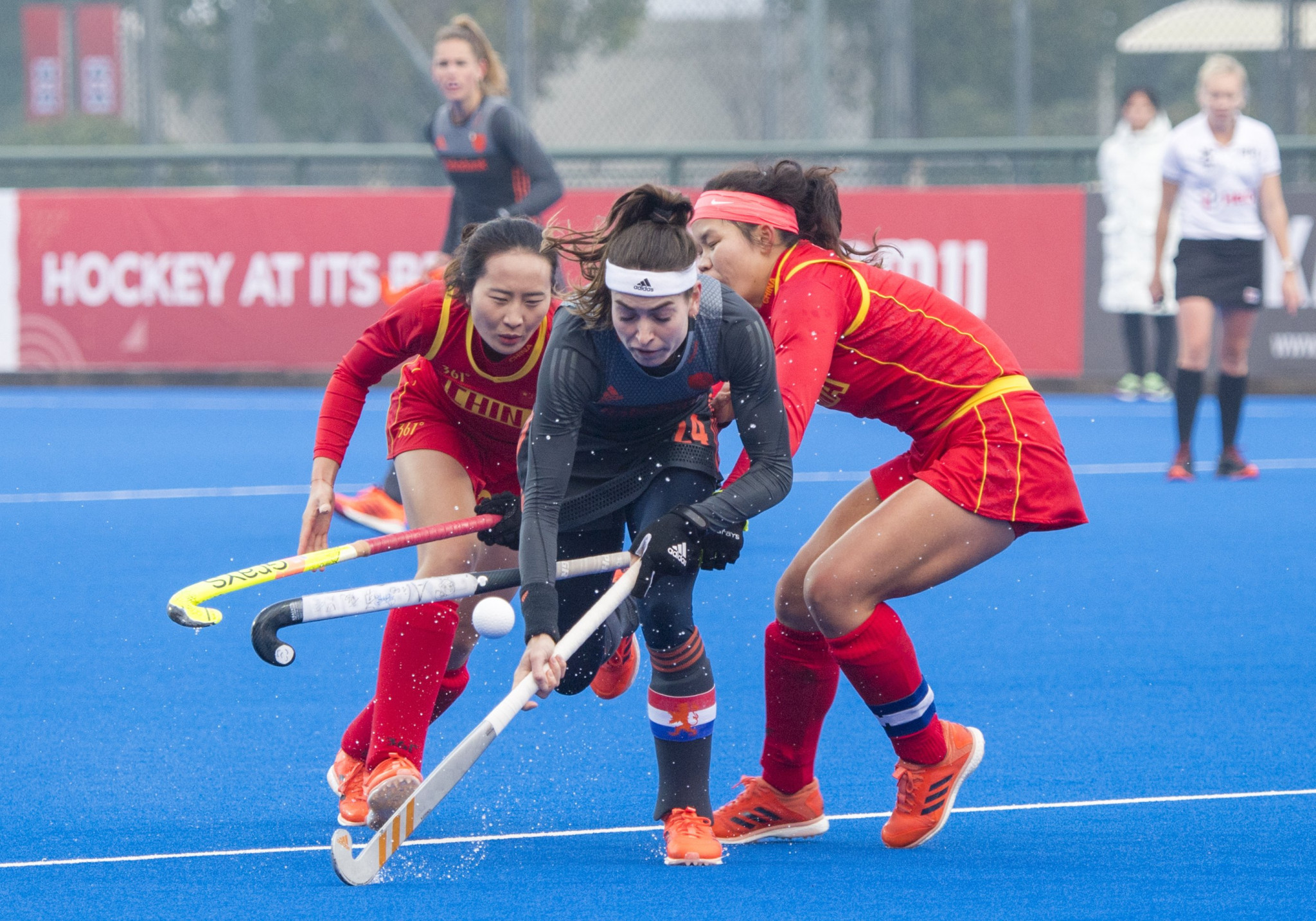 Reigning champions Netherlands made it back-to-back victories over China as the opening weekend of the 2020 Women's International Hockey Federation Pro League concluded in Changzhou.

It added to the 3-0 victory they recorded over the hosts in the opening match of the season yesterday.

Double headers, where teams play each other twice in quick succession, will be a feature of this season's Pro League.

Laura Nunnink gave the visitors the lead today with a backhand strike which squeezed past Chinese keeper Ye Jiao after just five minutes.

Marloes Keetels made it 2-0 after 23 minutes but China gave themselves hope when Peng Yang smashed home a fine backhand finish on the half hour.

It was not to be for the hosts, however, as close range finishes from Lidewij Welten and Frederique Matla put the Dutch out of sight before Chen Ye's late consolation.

The result means Netherlands have collected six points from their travels to China, with the home team yet to get off the mark.

"I'm really happy because we haven't had the longest preparation," said Matla, who was named player of the match.

"We are really glad that we started this year with two wins.

Netherlands are also the reigning world and European champions, and will be looking to regain their Olympic gold medal at Tokyo 2020 this year.

They topped the podium at London 2012 but lost a penalty shoot-out to Britain in the Rio 2016 final.

"In the first match we didn't score, but this match we scored two goals, so I'm very happy that we got those two goals," said China captain Cui Quixia.

"Our defence has big problems, so we need to change a lot.

The next fixtures are on January 25 and 26, with the Dutch travelling to the United States for back-to-back matches at Karen Shelton Stadium in Chapel Hill.

Australia will also host a double header with Belgium at Sydney's Olympic Park.

The Men's Pro League begins next weekend with The Netherlands making the trip to India.

Two matches will be played at Kalinga Stadium in Bhubaneswar on January 18 and 19.