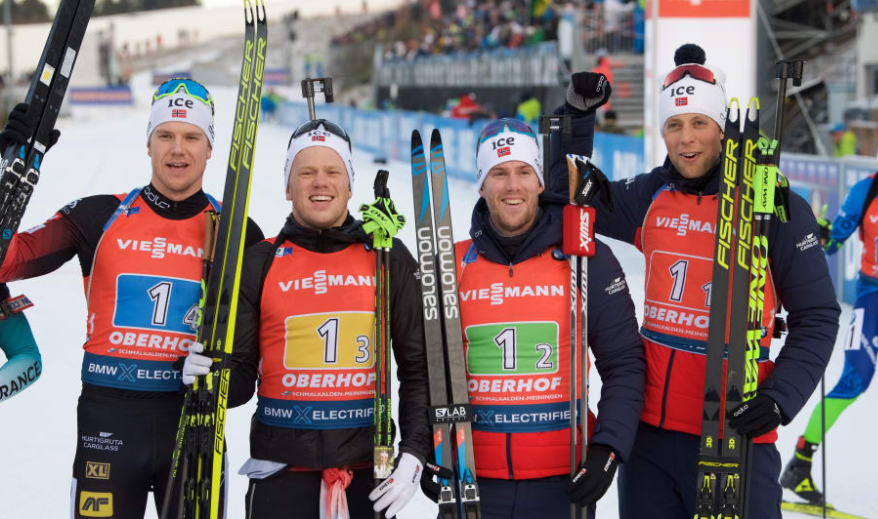 It was a special day for Norway at the International Biathlon Union (IBU) World Cup in German town Oberhof, with two relay event victories.

It delivered their third relay win this season.

France had two penalties and six spares, finishing 4.4 seconds back.

In third were Germany, with two penalties and 14 spares, 48.2 seconds behind.

In the women’s 4x6km relay, Norway’s Tiril Eckhoff cleaned the last standing stage using just a spare round to help guarantee her country’s third relay win of the season.

Eckhoff and Marte Olsbu Røiseland moved the team that included Synnøve Solemdal and Ingrid Landmark Tandrevold from 55 seconds back to the victory.