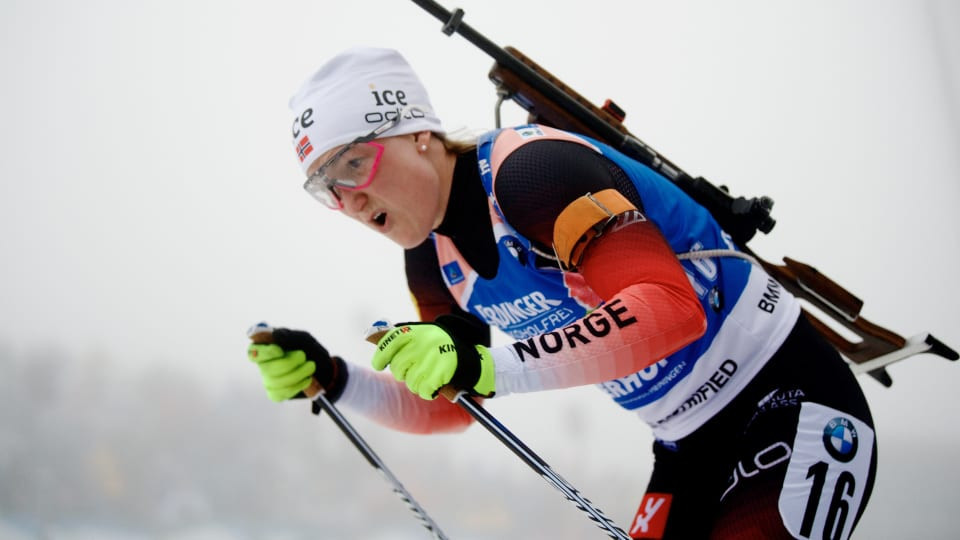 Despite the foggy conditions, the 29-year-old shot clean and finished in a time of 22 min 4.9sec for her first IBU World Cup win this season and fourth of her career.

Germany's Denise Herrmann finished 33.1 seconds back in the runners-up spot, with one penalty.

Røiseland, who missed last month's IBU World Cup stop in Annecy-Le Grand Bornand in France, was thrilled with her victory, admitting her time off at the end of last year helped.

"I had a good Christmas and did a lot of good training," she said.

"I was really excited today and had a lot of energy.

A great way to start the new biathlon year with the #OBE20 women sprint. If you missed any of the action watch the highlights on https://t.co/6DEX9LAIgB pic.twitter.com/LqCWiNJJS8

On a day when only three women shot clean, Røiseland added: "I am not sure what the key was.

"I was really focused.

"I just did what I should do and not focus on the wind and rain or anything; just on the job.

"It worked this time."

She now sits on 347 points and has a lead of 20 over nearest challenger Tiril Eckhoff of Norway.

Eckhoff, the winner of the last four events before the Christmas break, had two penalties today and came fifth.

Third in the overall standings with 289 points is Norway's Ingrid Landmark Tandrevold, who finished way down in 34th place today.