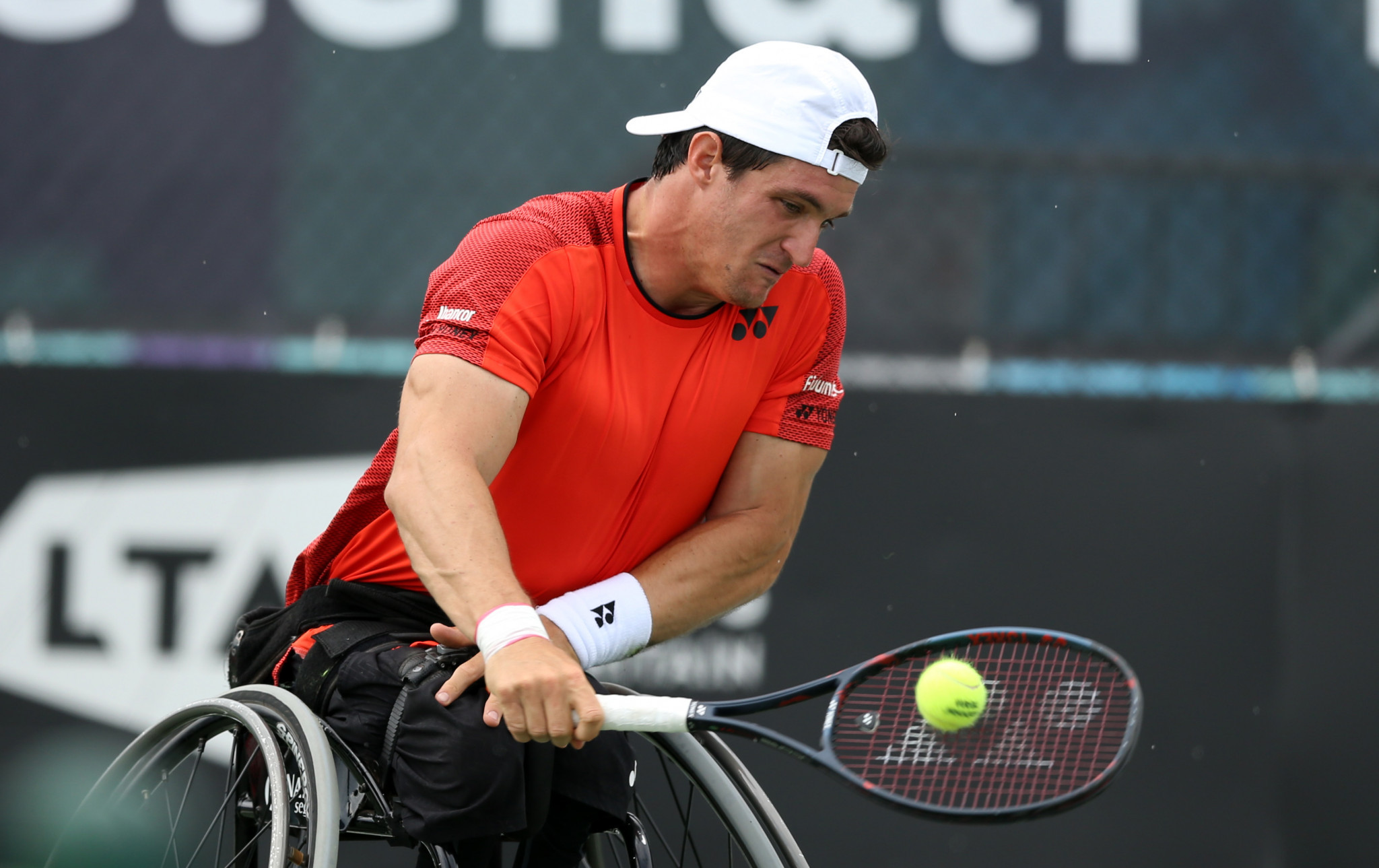 The achievement was built upon the foundations of those grand slam successes, which saw the Río Tercero-born Fernández lift silverware in the men's singles draw at the Australian Open, Roland Garros and, for the first time in his career, Wimbledon.

He headed to New York City for the US Open in September with the chance to make history and become the first wheelchair tennis player to complete a calendar year singles Grand Slam.

Fresh from securing his third successive Parapan American Games men's singles gold medal in Lima in August, Fernández progressed to the semi-finals but, despite claiming the first set, succumbed to defeat against France's Stéphane Houdet.

Houdet was a familiar foe during 2019, with the duo drawing swords on nine occasions in singles competition.

While Fernández returned a 6-3 win-loss record against his rival, Houdet proved a more than stubborn opponent during the business end of tournaments.

Not only did Houdet overcome Fernández in the last four of the US Open, but also the final of the Bendigo Wheelchair Tennis Open in January and the semi-finals of the following month's ABN AMRO World Wheelchair Tennis Tournament in Rotterdam.

Happily for Fernández, however, he navigated the final hurdle at May's Internazionali BNL d’Italia in Rome, somewhat inevitably against Houdet, while also topping the podium at the BNP Paribas Open de France in June.

By the season's end, Fernández could also boast five doubles titles with a variety of playing partners.

The most significant arrived at Roland Garros, where he and Japan's Shingo Kunieda defeated Houdet and his fellow Frenchman Nicolas Peifer in the final.

This was Fernández's first Grand Slam doubles title since he and Peifer dispatched all before them at Wimbledon in 2015.

"This year was incredible," Fernández said.

"I feel that all the hard work on court, and outside of it, has paid off the best way it could: playing amazing tennis.

"That is what really makes me happy in life, and my real passion.

"Play tennis and do it the best way I can.

"I think this year I made a huge step forward in that direction, and I'm proud of it.

"I'm proud of myself and of my entire team that was vital to achieve this and everything.

"The results are because of everything that we did together over the years, and that is what means the most.

"This was an amazing year and it will be forever in my heart."