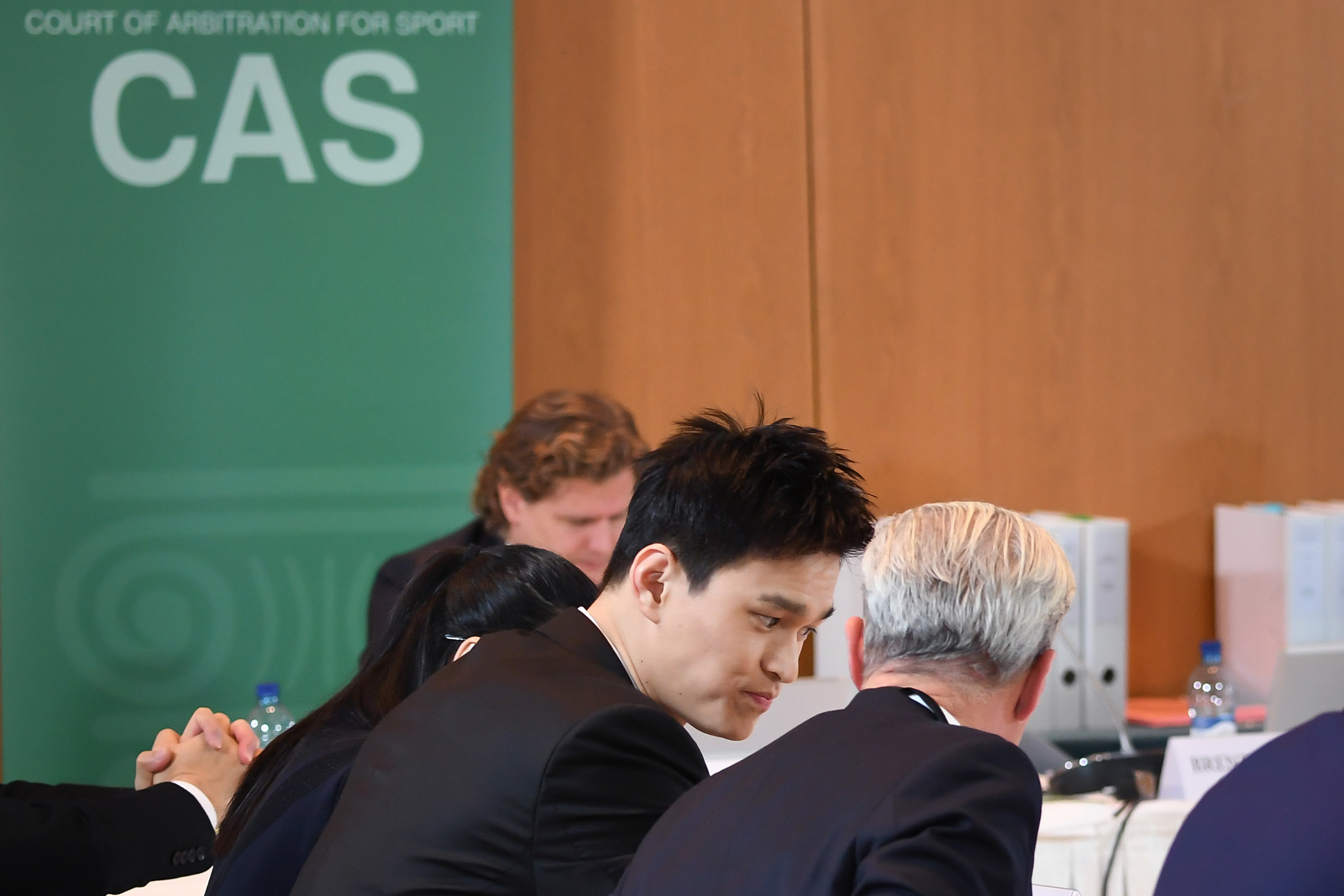 The Court of Arbitration for Sport (CAS) has confirmed its verdict in the high-profile Sun Yang doping case has been delayed until mid-January at the earliest, because of translation issues during his hearing last month.

In a statement, CAS said concerns had been raised "with respect to the quality of the interpretation of Mr Yang's testimony" at the hearing in Montreux.

An "agreed-upon written transcript of the proceedings", including of Sun's opening remarks and subsequent cross-examination, is being prepared by the parties, CAS added.

The CAS hearing, the first to be held in public in 20 years, came after the World Anti-Doping Agency (WADA) challenged a decision from the International Swimming Federation to let the three-time Olympic swimming champion off with a warning.

Sun is facing up to an eight-year ban after one of his entourage smashed his blood vial with a hammer during an attempted drugs test on a September night last year, which could cost the 28-year-old his career.

His hearing was marred by problems with the simultaneous translation, rendering much of his testimony incomprehensible.

At times, Sun appeared confused by the translation from simultaneous interpreters, as he was asked questions by his own lawyer and when he was cross-examined by WADA counsel.

A WADA staff member stepped in, but Sun then tried to bring a third interpreter into proceedings when he gave his final statement, an attempt dismissed by lead judge Franco Frattini.

Sun denies wrongdoing and blamed a lack of credentials possessed by doping control officers for the row which led to a security guard destroying the vial.

WADA dispute this and insist the credentials of the doping control officials were in order.