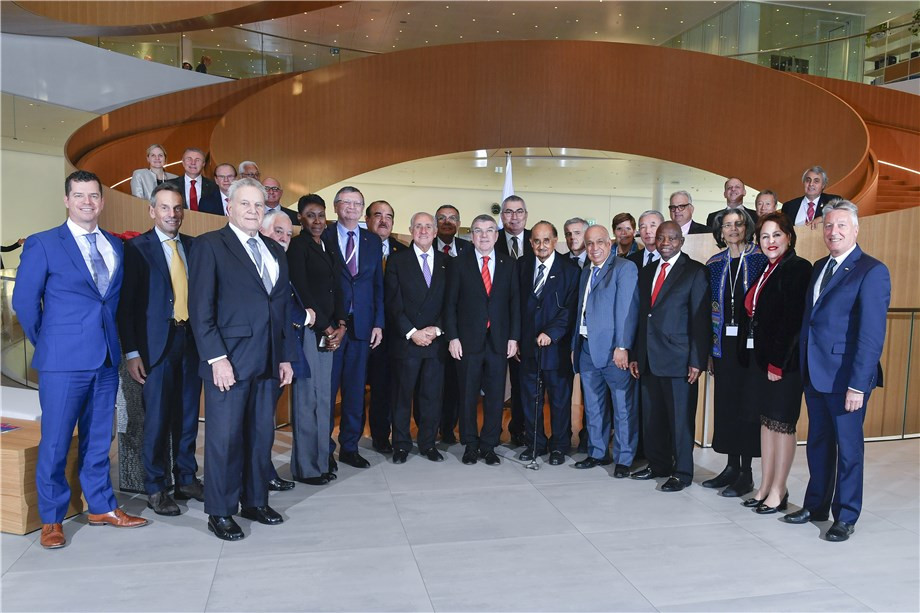 Gender equality, non-discrimination and anti-doping were among the topics discussed at a joint meeting of the International Olympic Committee (IOC) Executive Board and International Volleyball Federation (FIVB) Executive Committee here.

IOC President Thomas Bach praised the innovation of the FIVB during the meeting, the first joint gathering of the ruling bodies at the two organisations.

Good governance and preparations for next year's Olympic Games in Tokyo were also on the agenda.

Non-discrimination has been a particularly important topic for the FIVB in recent years, owing to the blanket ban on women attending volleyball matches in Iran, issued in 2012.

"We are very pleased to have one of our most successful Olympic International Federations here with us," Bach said.

"You understand what it means to be a global sport and all the challenges you may face.

"In the middle of these challenges, you have anticipated many of these developments already, and therefore I am very confident that we will have a very fruitful meeting today."

Bach added: "Your motto is innovation, and we say the same but in different words.

"Change or be changed.

"If we want to keep our relevance, we have to innovate, we have to change, otherwise we will fall behind and potentially disappear.

"Today, we are sharing the approach to these challenges."

FIVB President Ary Graça, head of the worldwide body since 2012, reiterated the organisation's aim of becoming the "world's number one family sport".

The Brazilian also highlighted to the IOC Executive Board how 45 per cent of FIVB directors are women.

"The FIVB has always used its platform to promote and empower women and girls," Graça said.

"On the field of play, our women's teams receive the same prize money and coverage as the men's teams, and both men's and women's sport also deliver the same financial results.

"I believe this stands us apart from many other sports."

The FIVB became the first International Federation to hold a joint meeting with the IOC at Olympic House, the organisation's new headquarters which opened in June.