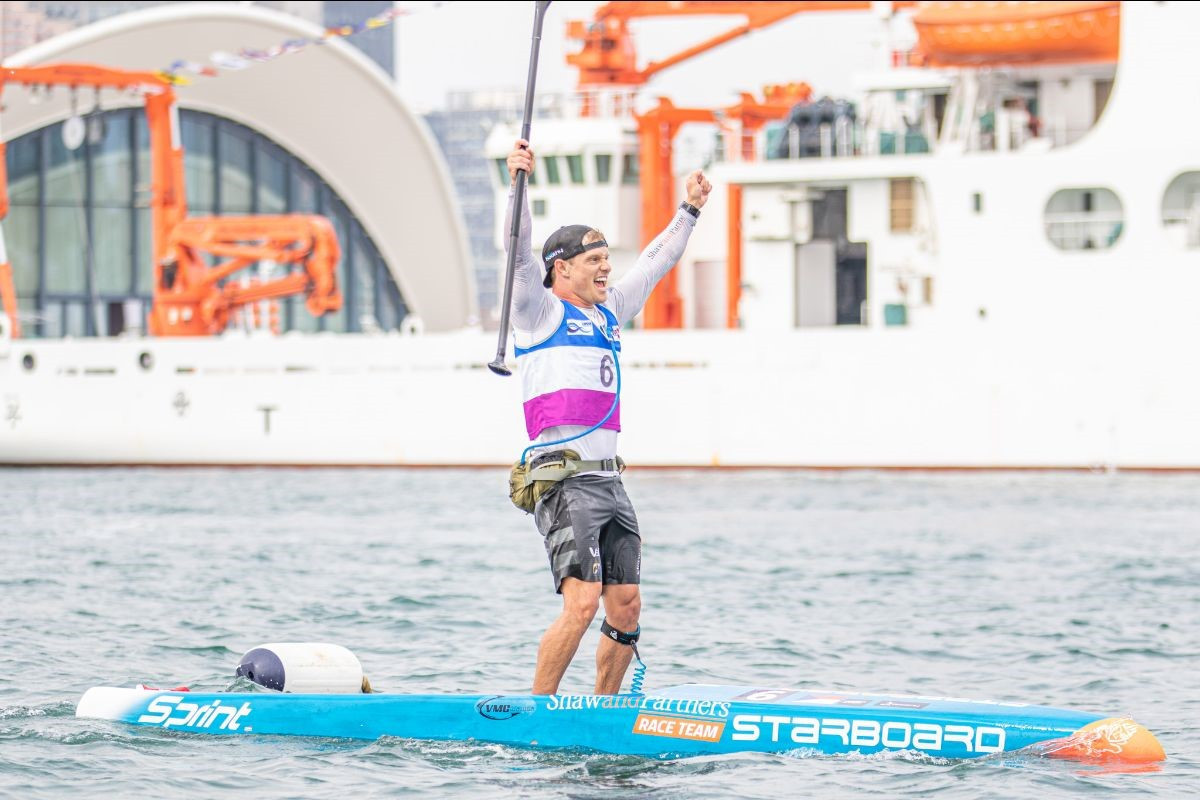 Booth and Honscheid won the men's and women's long-distance titles, respectively, at the inaugural ICF SUP World Championships - an event taking place during a protracted dispute over the ownership of the discipline.

The Australian, winner of the distance event at last year's International Surfing Association (ISA) World Championship in Nanning, triumphed in the men's race in one hour and 37min 23.72sec.

"It's awesome to be able to call yourself a world champion, and to be the first ever ICF world champion is pretty special," Booth said.

"No-one will be able to take that away from me.

"I had a really good race, I just stayed in there, I didn't lead too much, but led enough to be still pulling enough to see what the guys were doing."

Six-time world champion Honscheid defied the tough conditions to win the women's race, which almost half of the field failed to complete, in 1:53:33.03.

The ICF event is the first of two SUP World Championships in the space of a month, with the ISA competition in El Salvador taking place between November 23 and December 1.

It was initially scheduled for Portugal last year, but the ICF was forced to cancel the event after the Portuguese Court of Arbitration for Sport (CAS) ruled the country's national surfing body had exclusive control of the discipline.

The row between the ICF and ISA is heading to CAS in Lausanne and is due to be settled this month.