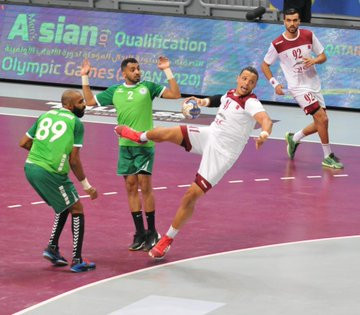 Both teams came into the match with a perfect record from their opening two games, but it was the home nation who triumphed 29-20 at the Duhail Handball Sports Hall in Doha.

The result means Qatar will face the Group B runners-up in the semi-finals, while Saudi Arabia play the Group B winners.

Group B action is due to conclude tomorrow with leaders Bahrain facing closest challengers South Korea and third-placed Iran going up against Kuwait.

Both games are scheduled to take place on Friday (October 25), a day after the semi-finals.

The medal matches are set for Saturday (October 26).

Overall victory in the eight-team tournament will ensure qualification for Tokyo 2020.

The runners-up have another chance to book a berth at the International Handball Federation qualification tournaments in April.