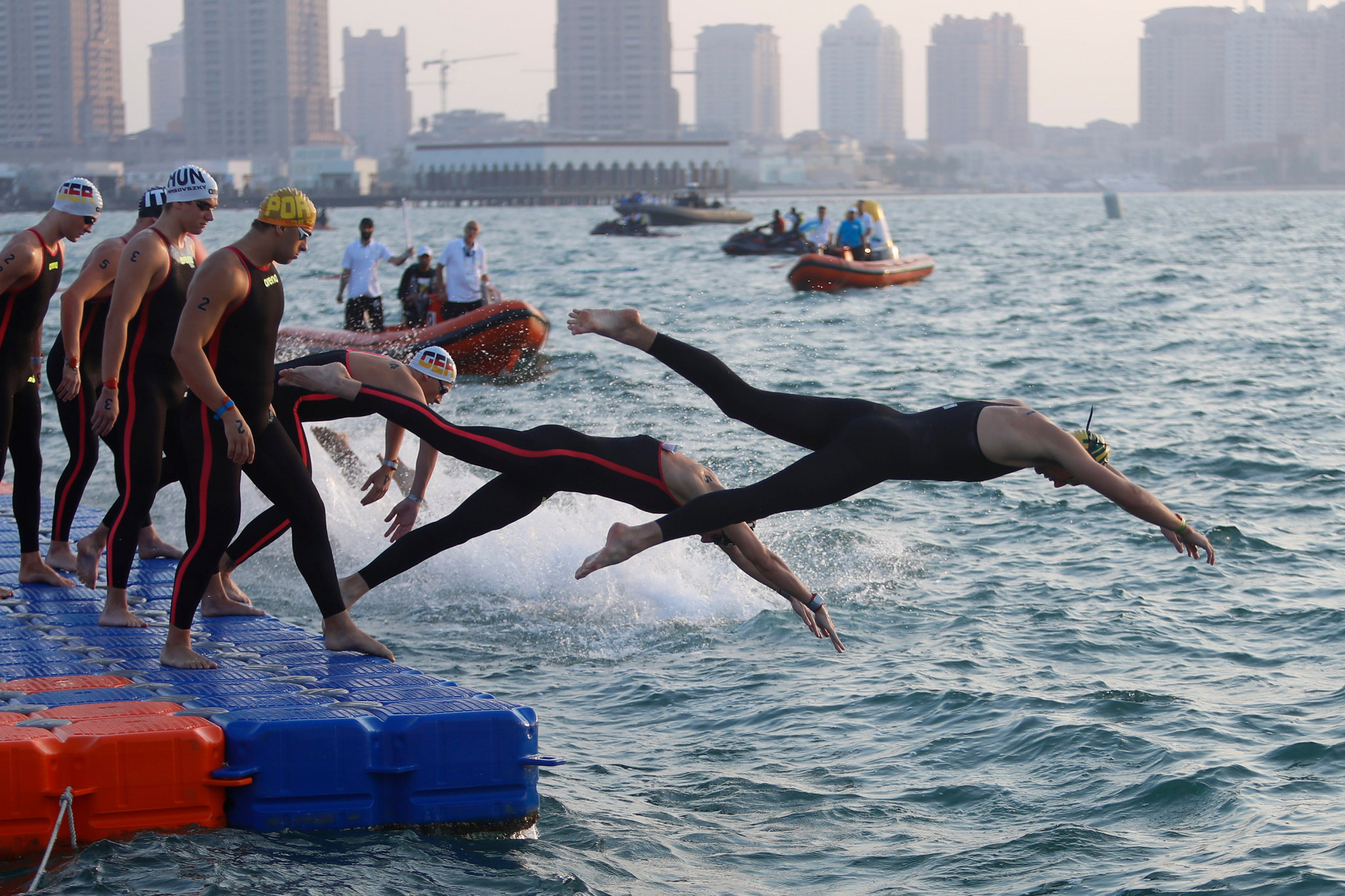 Italy's Marcello Guidi wrote his name in the history books as the first gold medallist of these Association of National Olympic Committees World Beach Games - and all before breakfast.

Guidi came home to win the open water swimming five kilometres in 55min 21sec ahead of Denis Adeev of Russia, who took the silver in 55:26.

The races had started at 6am, a few minutes after the sun had risen over Katara Beach.

Guidi admitted that even at this time of day the water temperature caused problems.

"It was a really hard race because the water was very hot," he told insidethegames.

"The temperature was a great problem because I train in water at 22 or 23 degrees and this water was very hot,

Hungary's Kristóf Rasovszky struggled in the hot conditions and could finish only 17th, 62 seconds behind Guidi.

Pan Am Games champion Ana De Jesus Soares of Brazil won the women’s race in 59.:51, a second ahead of China’s Hou Yawen.

"Everybody knows it was very hot," said de Jesus Soares.

"I have tried to swim a little bit more comfortable, less strokes,

"In the closing stages I pushed as hard as I could."

Bronze medallist Leonie Beck of Germany believes the experience could help her next year at Olympics in Tokyo where temperatures are expected to be as high.

"I think it will be warm there as well so I will train hard and see what happens," she told insidethegames.

"I don’t yet know what the temperature will be in Tokyo but I think it is good practice to swim in warm water.

"It is not the same distance but it is still good practice.

"I like warm water not hot, but it was okay.

"I did not have big problems.

"The racing is not always this early but all the open water races are in the morning, seven or eight o’clock and now it was 6am.

"It never was this early but it was surprisingly easy for me to wake up at 3am."