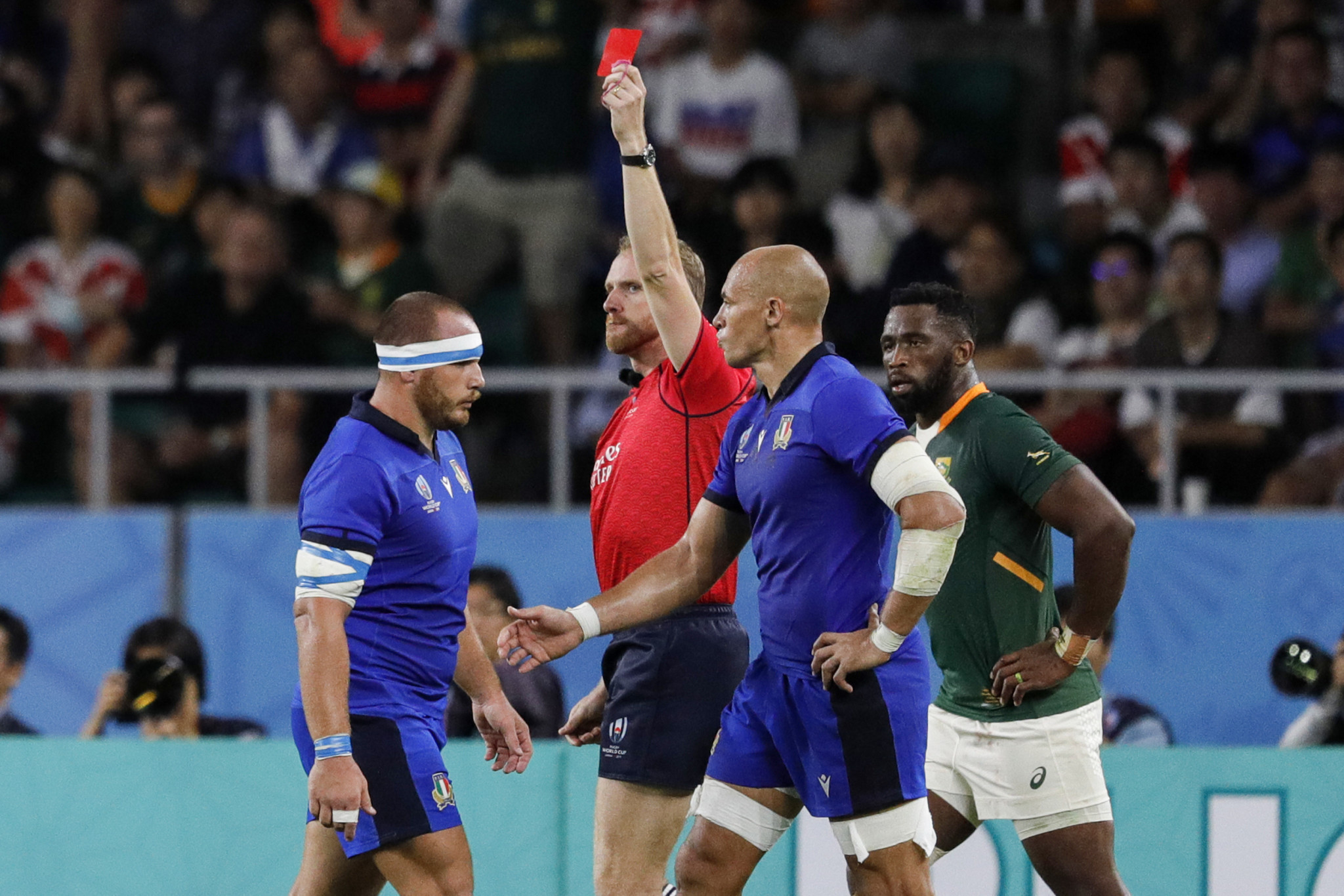 Giosue Zilocchi and Danilo Fischetti could face a daunting Rugby World Cup debut after the two props were called up to Italy's squad for their final pool match against defending champions New Zealand.

The duo travelled to Japan after the Italian team were hit by injury and disciplinary issues.

Both tighthead prop Simone Ferrari and his replacement Marco Riccioni have suffered injuries at the tournament.

Italy's woes were compounded in their match against South Africa, which ended in a 49-3 defeat.

Andrea Lovotti was sent off for a dangerous tackle on South Africa’s Duane Vermeulen in the second half of the match.

His compatriot Nicola Quaglio was cited for his involvement in the same incident.

The pair attended a disciplinary hearing on October 6, with Lovotti admitting his offence and accepting the red card decision.

Quaglio had accepted his offence but denied it met the red card threshold.

They determined both players were involved in lifting Vermeulen and dropping him to the ground, with the dynamics of the tackle affected by the actions of both players.

While there was no injury sustained by Vermeulen and the players involved accepted their role in the incident, both were handed three match bans.

The sanctions will begin with the final pool match against New Zealand and would continue for the quarter and semi-finals should Italy advance.

Should Italy be eliminated the sanctions will carry over to the players' upcoming PRO14 matches.

Zilocchi and Fischetti were called up by Italy as replacements for the fixture against New Zealand, which will take place at the City of Toyota Stadium on Saturday (October 12).

Zilocchi has won two caps for Italy to date and took part in their pre-World Cup training camp, while Fischetti is yet to appear for his nation.

Italy require an unlikely victory over New Zealand to reach the knockout stage of the tournament.

Their wins over Canada and Namibia have assured Italy of a place at the 2023 Rugby World Cup, with the team guaranteed third place in Pool B.

New Zealand will top the Pool B standings should they beat Italy.