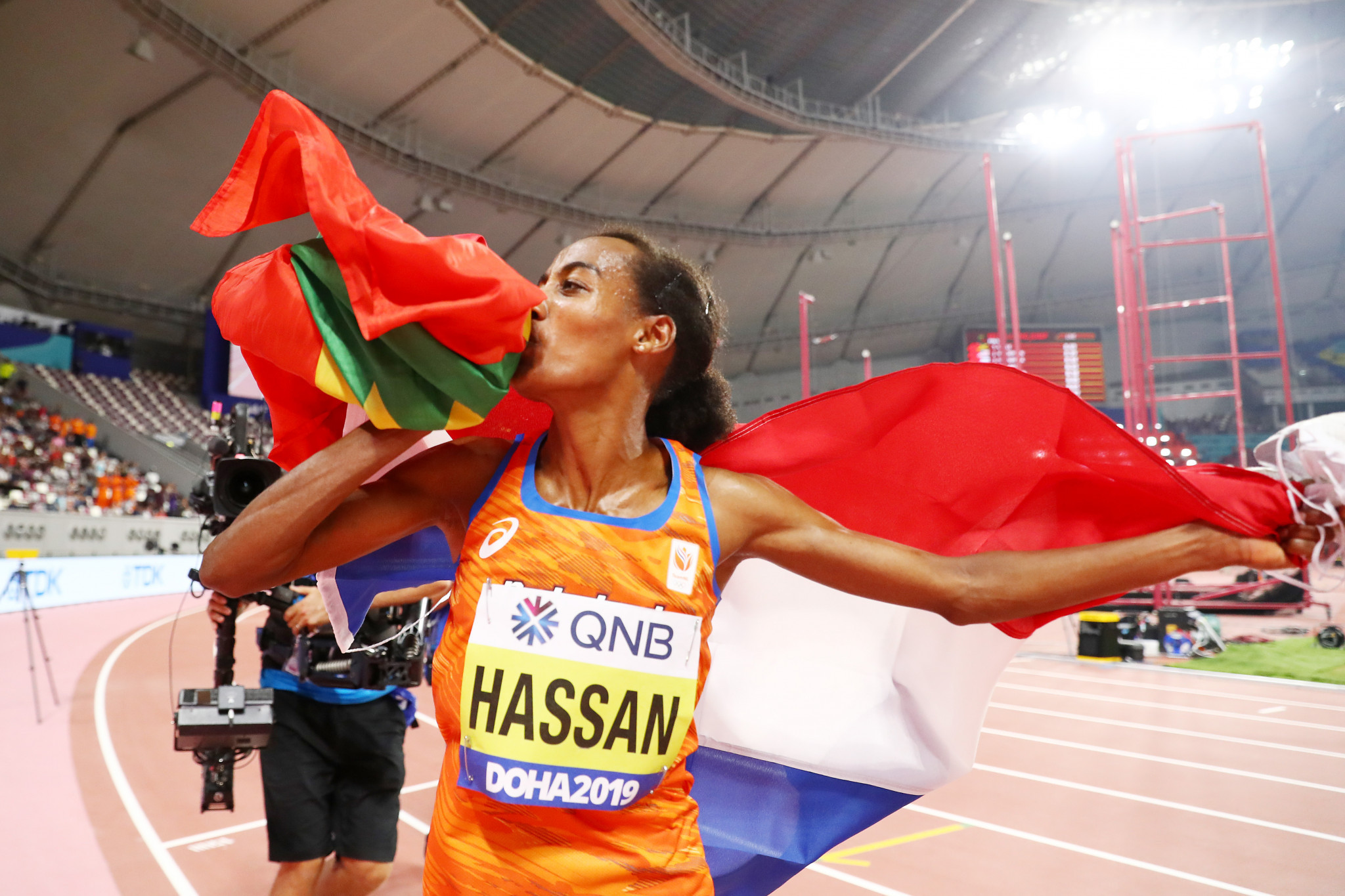 The Netherlands' Sifan Hassan has hit out at the United States Anti-Doping Agency (USADA) for releasing news of the decision to ban her coach Alberto Salazar for four-years during the International Association of Athletics Federations (IAAF) World Championships here.

Hassan joined Salazar after the 2016 Olympic Games in Rio de Janeiro and the American was in the Stadium to watch her win the 10,000 metres in only her second race at the distance on Saturday (September 28).

The 26-year-old, originally born in Ethiopia, claimed that her victory has now been unfairly tarnished by the four-year suspension handed to Salazar for "orchestrating and facilitating prohibited doping conduct" as head coach of the Nike Oregon Project (NOP).

"I am shocked to receive the news of today’s ruling, especially during this time in which I am fully preparing for my next race in the World championships in Doha," Hassan said in a statement.

"I like to state that this investigation is focused on the period before I joined the Oregon Project and therefore has no relation to me.

"I was aware of the ongoing investigations when I joined the team and have always had a clean conscience, knowing we are being monitored to the absolute fullest by USADA and [the] WADA (World Anti-Doping Agency).

"I am saddened by the timing of USADA as it brings my championship out of balance but I will focus all my energy on my next race and my performance in the 1500m.

"A race that I have worked hard to prepare for and am very excited to race in hopes of winning my second world title."

Hassan is due to race tomorrow in the opening heat of the 1500m, an event she will be favourite for having in July broken the 23-year-old world record for the mile.

Salazar has now been stripped of his accreditation by the IAAF and will not be allowed to accompany Hassan to the Stadium to support her.

Britain's Sir Mo Farah, meanwhile, who under Salazar went from being an athlete unable to qualify for the final of the World Championships to a two-time double Olympic 5,000m and 10,000m champion has distanced himself from his former coach.

"I left the Nike Oregon Project in 2017 but as I’ve always said, I have no tolerance for anyone who breaks the rules or crosses a line.

"A ruling has been made and I’m glad there has finally been a conclusion."

UK Athletics, who allowed Sir Mo to continue working with Salazar after conducting their own review, claimed they wanted to analyse the USADA verdict before commenting further.

"It should be noted that at all times UK Athletics fully cooperated with both USADA and UKAD (UK Anti-Doping) throughout the investigations," they said.

"Furthermore the Performance Oversight Committee's own investigation in 2015 was restricted to the interaction of the Nike Oregon Project with Mo Farah and not an anti-doping investigation.

"Such investigations can and should only be undertaken by the relevant anti-doping authorities. UK Athletics is 100 per cent committed to Clean Athletics through investment in athlete education, supporting comprehensive testing programmes, and full cooperation with both UK and International Anti-Doping Authorities.”

Salazar, the former world record holder for the marathon, has pledged to appeal against the decision.

"I am shocked by the outcome today," he said.

"Throughout this six-year investigation my athletes and I have endured unjust, unethical and highly damaging treatment from USADA.

"This is demonstrated by the misleading statement released by [USADA chief executive] Travis Tygart stating that we put winning ahead of athlete safety.

"his is completely false.

"I have always ensured the WADA code is strictly followed.

"The Oregon Project has never and will never permit doping.

"I will appeal and look forward to this unfair and protracted process reaching the conclusion I know to be true.”