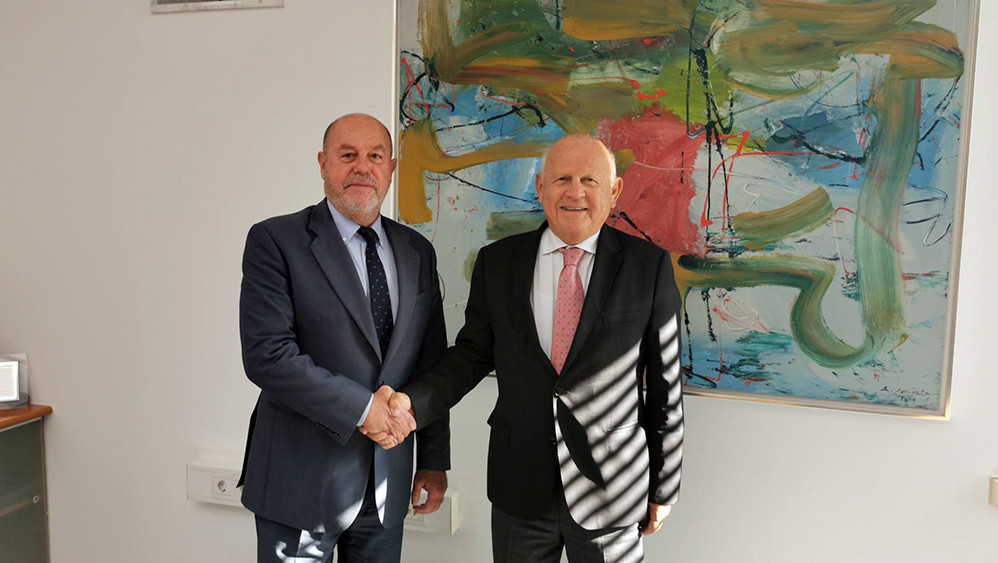 The President of the World Karate Federation (WKF) wants greater cooperation with European Olympic Committees (EOC) to help the sport grow across the continent.

They both want to see karate at the 2023 European Games in Krakow and Malopolska, having featured at Baku 2015 and Minsk 2019.

"It was a pleasure to sit down with Mr Kocijančič and discuss further opportunities to increase the cooperation of our two organisations," said Espinós.

"We are proud to be an active partner of EOC, and are pleased to have contributed to the success of the two editions of the European Games.

"The last European Games in Minsk were a perfect example of the strength of sporting events in the continent.

"We hope that we can continue supporting EOC's goals and further provide an added value to the development of sports in Europe."

Kocijančič said: “We wish to continue the good cooperation with WKF.

"Karate was one of the most popular sports at Minsk 2019, as competitions were first class and the number of participating athletes very high.

"Figures on social media showed that the sport was very attractive to the audience.”