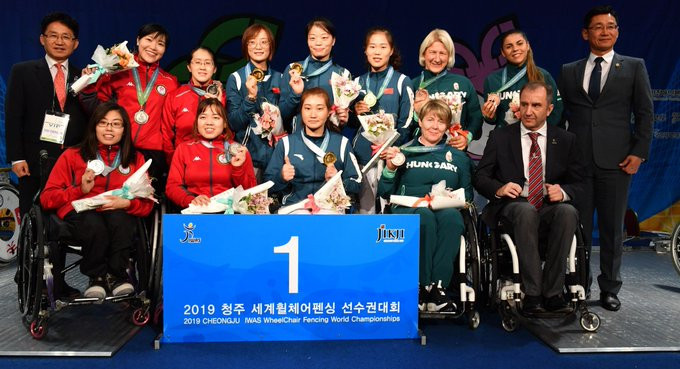 China added another two gold medals at the Wheelchair Fencing World Championships in South Korea, with their men's foil team and women's epee team – both Rio 2016 champions – taking the overall total to 10 in Cheongju, South Korea.

But China's men did not have an easy passage to gold, in what was a fiercely contested team foil event in this International Wheelchair and Amputee Sports Federation (IWAS) event.

The Russians also came through a tight quarter-final, beating Britain 45-41.

Are you following us on the 'gram?

We are @wheelchairfencing 🤺 and we're keeping you up to date in our story 📖 pic.twitter.com/lVW4xQ5hN3

Italy were tested to the limit in their semi-final before coming though against Poland 45-42.

The Chinese success story at these Championships had continued in the earlier women's epee team event, where they claimed gold with a 44-32 win over Hong Kong in the final.

After beating Japan 45-18 in the table-of-16, China had their toughest test against Russia, who they defeated 45-35, before beating Hungary 45-27 in their semi-final.

On the other side of the draw, Hong Kong advanced with a tough 45-37 win over Belarus and an even tougher semi-final against Thailand, which they came through 45-41.