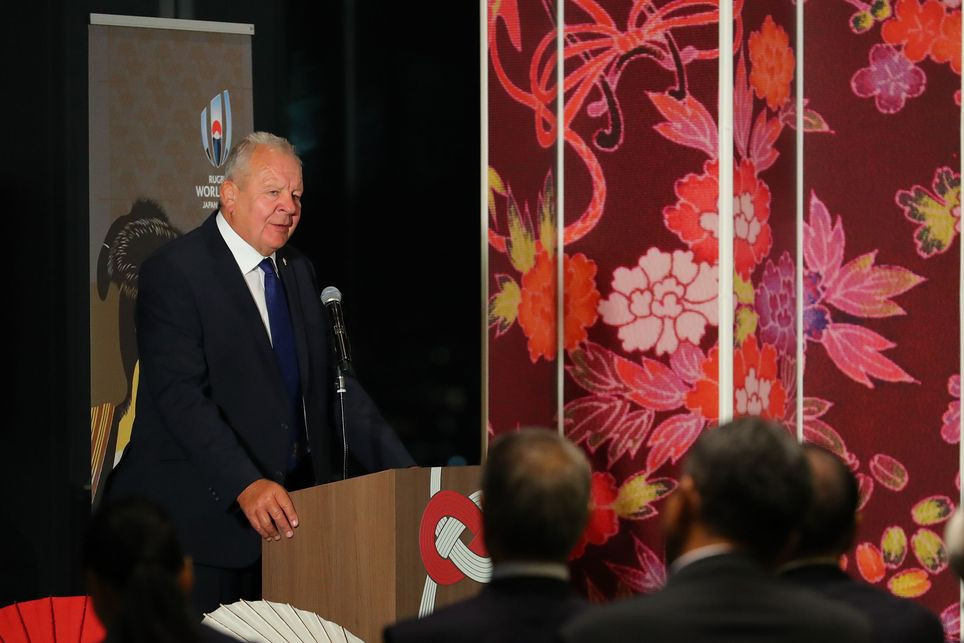 World Rugby chairman Sir Bill Beaumont is confident that the 2019 Rugby World Cup will be one of the great editions on every level, with more than 96 per cent of tickets for the event now sold.

With the tournament set to begin in Japan on Friday (September 20), open training sessions by Wales, New Zealand and South Africa have attracted more than 27,000 fans.

Latest research demonstrates that 100.8 million people in Japan are aware of the tournament and Sir Bill believes it will be an extremely successful one.

"I am fully expecting a spectacular Rugby World Cup, one of the great tournaments," he said.

"Japan has comprehensively proven that it will be the best of hosts, welcoming the world's best players and 400,000 international visitors with open and welcoming arms.

"The welcome that the teams have received has been nothing other than magnificent, truly special."

On the field, observers are predicting a wide-open race to lift the Webb Ellis Cup, with recent form suggesting a number of teams could be crowned world champions on November 2.

"The World Rugby Men's Rankings certainly suggest that this will be a very compelling and competitive Rugby World Cup," Sir Bill said.

"New Zealand, Wales and now Ireland have occupied top spot in the standings over the last six weeks or so, nearly doubling the number of teams who have been at top since the rankings began in 2003, which is exciting.

"We are also hopeful of some rankings upsets and that would be great for the tournament.

"It is now over to the teams to show the world what they can do."

The 2019 Rugby World Cup is the first edition of the event to be held in Asia and is taking place eight years after the devastating Fukushima earthquake, tsunami and nuclear disaster.

World Rugby claims the opening match between Japan and Russia, at the Ajinomoto Stadium in Chofu, could set a tournament record for viewing figures in a single country.

"But all the stakeholders stayed together and we created the optimum environment for a successful World Cup in Japan.

"I hope a lot of the matches will be engraved in the history of the game."

World Rugby chief executive Brett Gosper told AFP the tournament's commercial revenues will better those achieved for the 2015 edition in England and Wales, adding that the event is on course to be a sell-out.

"It's going to be a very different World Cup than the others," he said.

"We've already seen the passion of the supporters who are coming to the training sessions."

World Rugby also announced at a pre-tournament press conference in Tokyo the latest outcomes from the Impact Beyond legacy programme.

This includes a significant uplift in the number of young people introduced to rugby in Asia of 1.8 million – one million of which are in Japan.

Details were also outlined of the retention programme, a key element of Impact Beyond to ensure a sustainable legacy for the tournament.