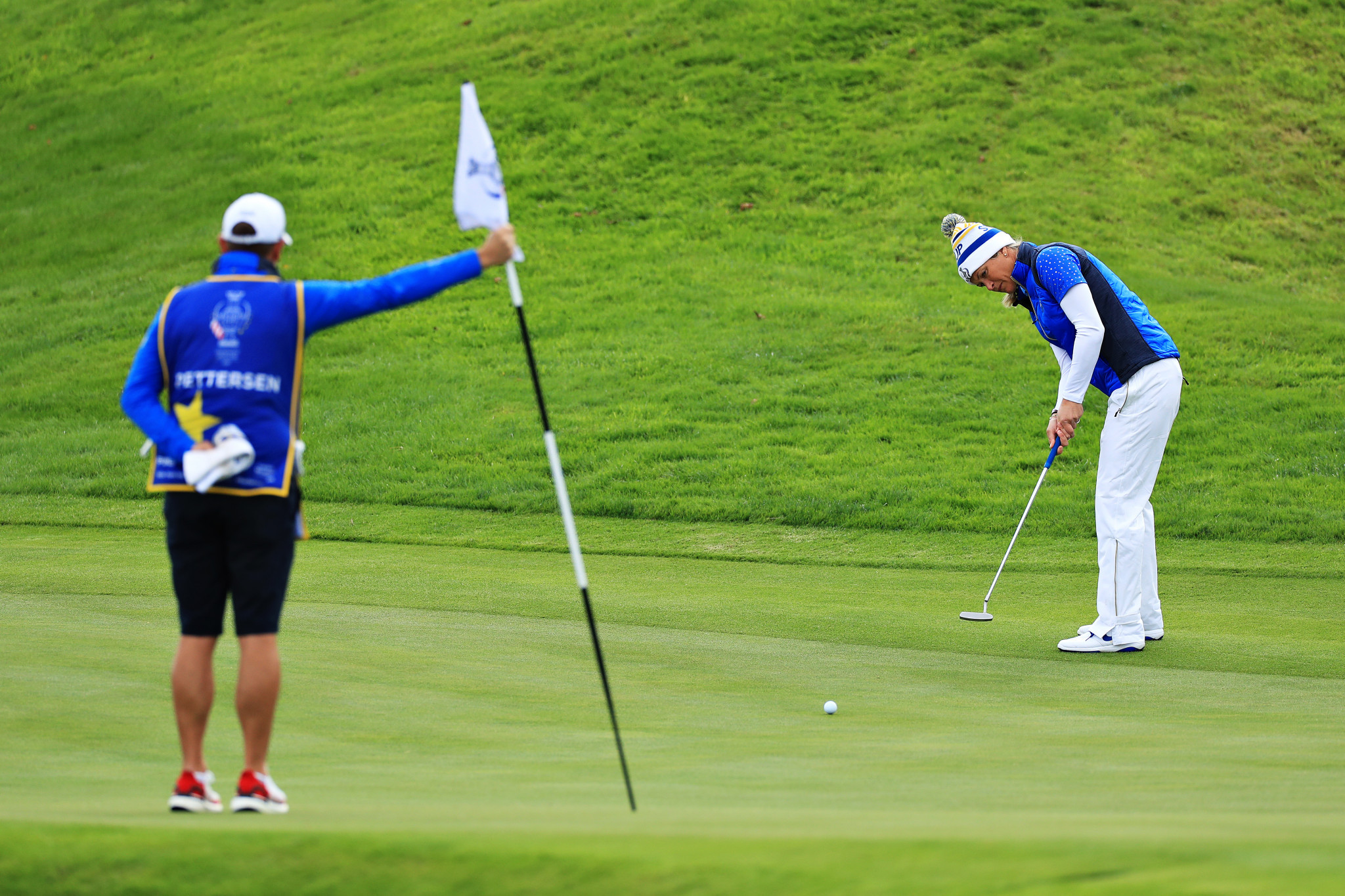 Suzann Pettersen holed the winning putt as Europe edged out the United States to regain the Solheim Cup on a dramatic final day at Gleneagles in Scotland.

Europe looked to be heading for defeat but victory in the last three singles matches ensured the host nation wrestled back the trophy from their American opponents with a 14.5-13.5 triumph.

The destination of the Solheim Cup was uncertain right to the final hole of the concluding singles contest between captain's pick Pettersen and Marina Alex.

Alex missed a long birdie chance on 17th and squandered another opportunity to retain the cup for the US on the 18th.

Pettersen made her pay with a near-perfect last hole to snatch a point and the trophy for the home side.

Bronte Law, who ensured it would go down to the 18th when she beat American Ally McDonald 2&1, sprinted up the fairway to join the raucous celebrations after Pettersen's eight-foot putt found its target.

The win for the Norwegian capped off a remarkable comeback from Europe, whose hopes of regaining the cup were hanging by a thread when they trailed 13.5-11.5 in the afternoon singles.

"There has never been a better moment.

"To come down to the final putt and for Suzann [Pettersen] to get it was just phenomenal.

"We knew experience would win it and for Bronte [Law] and Suzann to pull it out was just incredible.