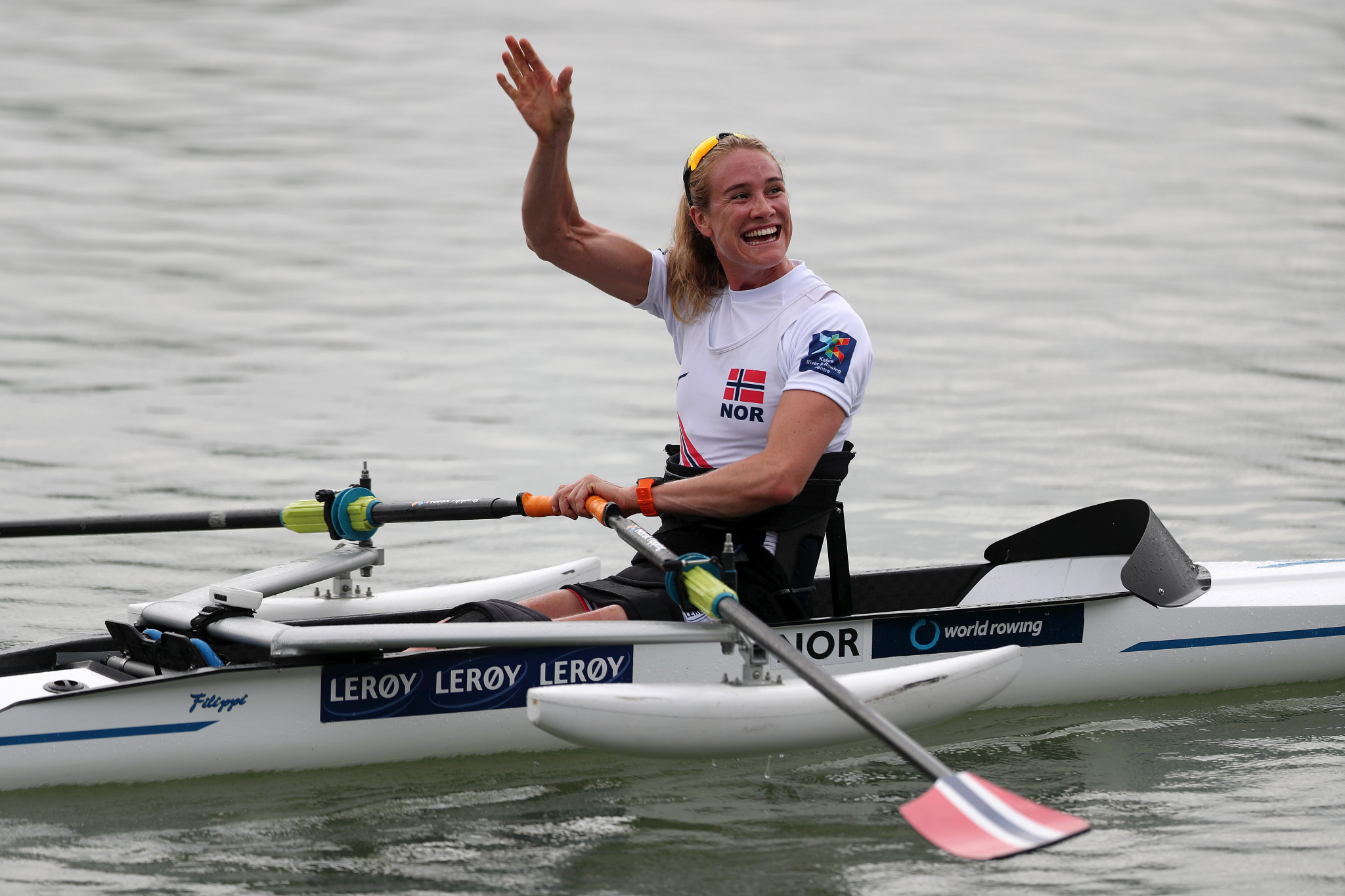 Roman Polianskyi of Ukraine and Norway's Birgit Skarstein claimed gold in the PR1 men's and women's single sculls finals on the last day of the World Rowing Championships in Austria.

The 2016 Paralympic gold medallist Polianskyi was the fastest qualifier for the final but lined up against reigning world champion Erik Horrie of Australia and rising British star Benjamin Pritchard in Linz-Ottensheim.

It was the Ukrainian who led from the start with Horrie and Pritchard holding each other's pace in third in the opening stages.

The Russian continued to chip away at Horrie in the battle for second place but Polianskyi cruised through the line to claim gold in a 2019 world best time of 9min 12.99sec, knocking four seconds off Horrie's previous best.

Skarstein was an overwhelming favourite in the women's single sculls, having gone unbeaten since finishing fourth at Rio 2016.

She pressed into an early lead with Nathalie Benoit of France and Israeli Moran Samuel sat just behind the Norwegian star.

Ukraine's Anna Sheremet was just off the pace of the leading trio in fourth but it was Skarstein who built on her early lead to set a world best time of 10:18.830 for victory.

In the men's B final, which offered a nation qualification spot at Tokyo 2020, United States rower Blake Haxton prevailed.

Jue Yang of China took an early lead before being chased down by Haxton, who moved away from the field to secure the US a place at next year's Paralympic Games.

The women's B final also had qualification for the Paralympics on the line.

Again it was a Chinese boat, under the stewardship of Lili Wang, that took an early lead as Wang earned open water after 500 metres.

Kim Se-jeong of South Korea and Liudmila Vauchok of Belarus remained in contention and made their move as Wang tired from her earlier efforts.

Kim moved to the front and held of Vauchok for victory and a South Korean spot at the Paralympics, clocking 11:38.940.