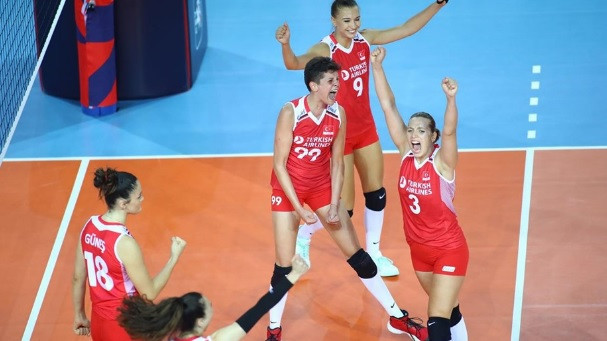 Turkey recorded their second consecutive victory as they beat Finland in five sets at the European Volleyball Championship.

The Turkish side, one of four co-hosts of the tournament, won the opening two sets before their opponents fought back to level the Pool A encounter at Ankara Arena.

"Today’s game did not unfold in the way we expected," said Turkish spiker Meliha İsmailoğlu.

"Firstly, I want to congratulate our opponent because they showed some incredible defence actions and they pushed us very hard with the serve.

"We went into the game taking it seriously but we lost our concentration after the second set.

"We will review tomorrow what all happened and work on our weaknesses."

It was the Greek team's first triumph at the event for 27 years.

Romania overcame hosts Hungary in Pool C to claim their first win of the competition.