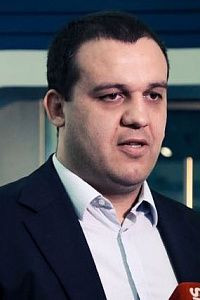 The International Boxing Association (AIBA) Disciplinary Commission has concluded that allegations made against Executive Committee members Umar Kremlev and Volodymyr Prodyvus have not met the burden of proof.

insidethegames exclusively revealed in June that Kremlev, Prodyvus and fellow AIBA Executive Committee member Emilia Grueva were facing an investigation from the Disciplinary Commission for alleged breaches of the ethics code.

A further charge was then added to the case against Kremlev after the Russian accused former AIBA President Gafur Rakhimov of lying and "deceiving the entire boxing community" in a statement released following an Extraordinary Executive Committee meeting in Geneva.

In an update to AIBA's membership, Interim President Mohamed Moustahsane confirmed the proceedings against the three officials and said "an unethical statement quoting falsehoods" from Kremlev would be part of the probe into the Russian.

Kremlev claimed AIBA had "got rid of the man who deceived the entire boxing community, saying that he would pay off all debts and find a common language with the International Olympic Committee (IOC)".

"He brought AIBA to the risk of bankruptcy and he should apologise to the entire boxing community," he added.

Kremlev, the Boxing Federation of Russia (RBF) secretary general and first vice-president of the European Boxing Confederation (EUBC), and Ukraine's Prodyvus were subjected to the investigation because of "alleged criminal convictions".

AIBA, which is reviewing every Executive Committee member after it was suspended as the Olympic governing body for the sport by the IOC, believed both provided false information about their past.

But the body has now released statements regarding both Kremlev and Prodyvus, saying the Disciplinary Commission has concluded that the allegations made against them "have not met the burden of proof, as they relied 'on a report that is based on questionable validity'".

"The DC panel pointed out that the chair of the Ethics Commission cautioned readers that the report is founded only on public, i.e. journalistic sources and that those sources are not always reliable and may be biased," the statement reads in the case of Kremlev.

In the case of Prodyvus, the statement reads: "The DC panel pointed out that the chair of the Ethics Commission candidly states that the report is founded only on public, i.e. journalistic sources and that those sources are not always reliable and may be biased."

Kremlev is said to have provided the Disciplinary Commission panel with evidence, which "unequivocally" showed that, pursuant to the Russian Ministry of Internal Affairs, General Administration for Economic Security and Combating Corruption, he had no prior convictions or criminal history.

"The uncorroborated sources in the complaint did not outweigh the evidence presented by Mr. Kremlev," the statement reads in his case.

Prodyvus, meanwhile, is said to have provided the Disciplinary Commission panel with evidence, which unequivocally showed that, pursuant to the Ukrainian Ministry of Internal Affairs, he had no prior convictions or criminal history.

"Consequently, the AIBA Disciplinary Commission closed the matter and dismissed the complaint against him," the AIBA statements read in both cases.

Moustahsane, who took temporary charge of AIBA in March after Rakhimov stepped aside, suddenly resigned the Interim Presidency on August 6.

The Moroccan relinquished the position for family reasons, two officials with knowledge of the situation told insidethegames.

The AIBA Executive Committee is set to elect the replacement for him at an extraordinary meeting on August 31.

The meeting will take place in Istanbul and is being funded by the EUBC.

"As importantly, the Interim President who forwarded the complaint to the Commission has since resigned," an RBF statement regarding Kremlev reads.

"Thus, without a proper complainant or a substitute moving party, this matter may be deemed moot.

"This decision is final and not subject to appeal."

A statement on the case involving Grueva has yet to be released.

The Bulgarian is being investigated for making public statements critical of the AIBA leadership under Moustahsane.

Moustahsane accused Grueva, who called for him to resign before the Executive Committee meeting in Geneva, of unethical conduct.

Kremlev – whose offer to personally clear AIBA's debt and the lack of due diligence carried out on it was a factor in the IOC suspending its recognition – and Prodyvus had tabled a motion of no confidence in Moustahsane and Ethics Commission chairperson Jost Schmid at the extraordinary meeting in June.