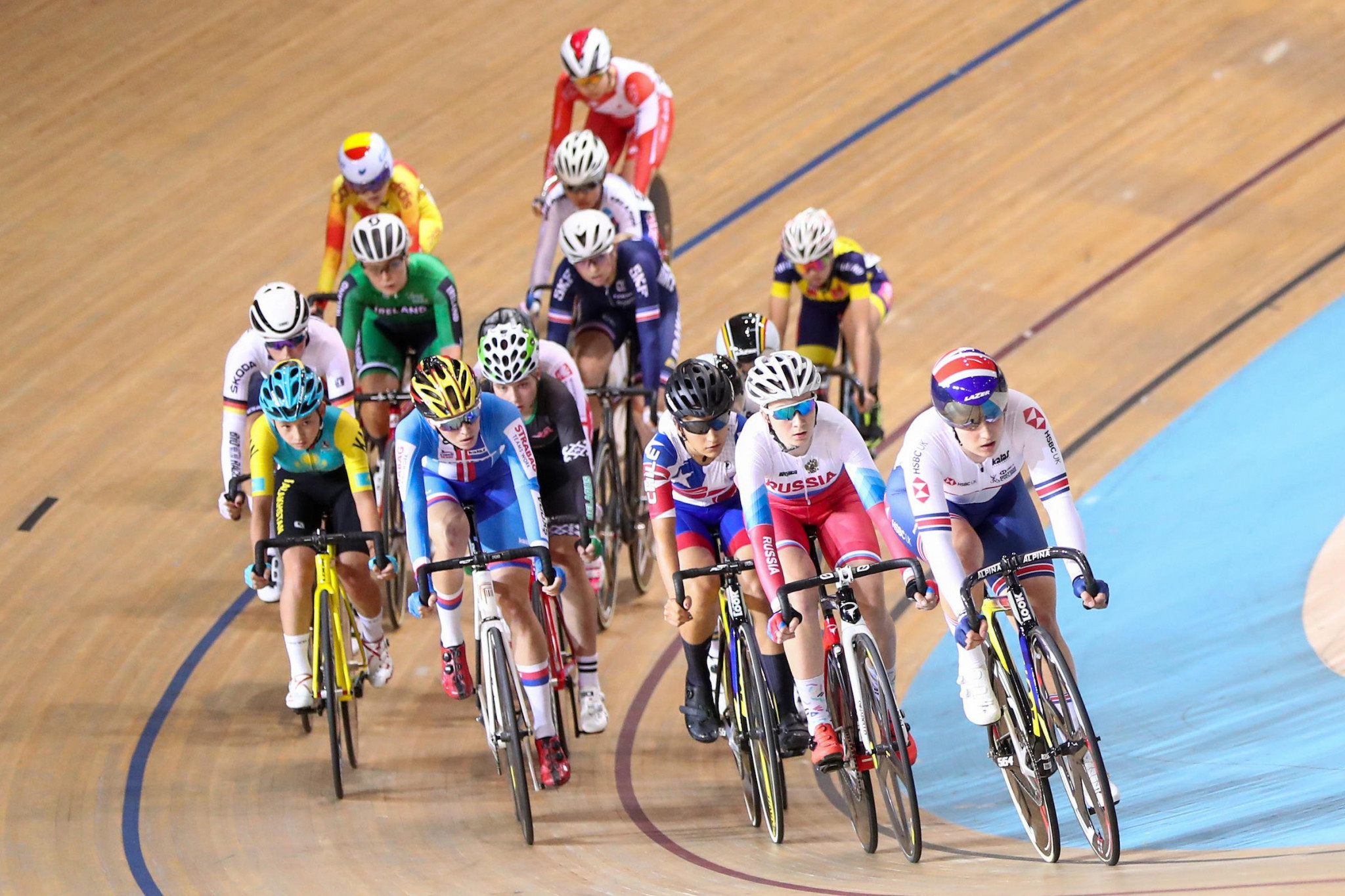 Sibley held off a strong challenge from Chilean Catalina Soto Campos and Ella Barnwell from Britain to win the 7.5 kilometres race at Oderlandhalle velodrome,

They edged out the Australian trio of John Trovas, Carlos Carisimo and Sam Gallagher for victory in the gold medal final in a time of 44.625sec.

Australia settled for silver in 44.681 following a tense final lap.

The bronze medal was won by Britain's James Bunting, Matti Egglestone and Rhys Thomas in 45.009, as their German rivals – Domenic Kruse, Laurin Drescher and Julien Jager – were fourth.

China's Bingbing Fan and Jing Luo claimed the women's team sprint honours in 34.146 as German pair Alessa-Catriona Propster and Christina Sperlich were pushed into silver with a time of 34.640.

Nikola Seremak and Nikola Wielowska of Poland finished third in 34.663, defeating Emma Finucane and Charlotte Robinson for the final step on the podium as the British pair trailed behind in 35.073.

The competition continues tomorrow with the men's and women's team pursuits, the men's keirin and the men's 10km scratch race.