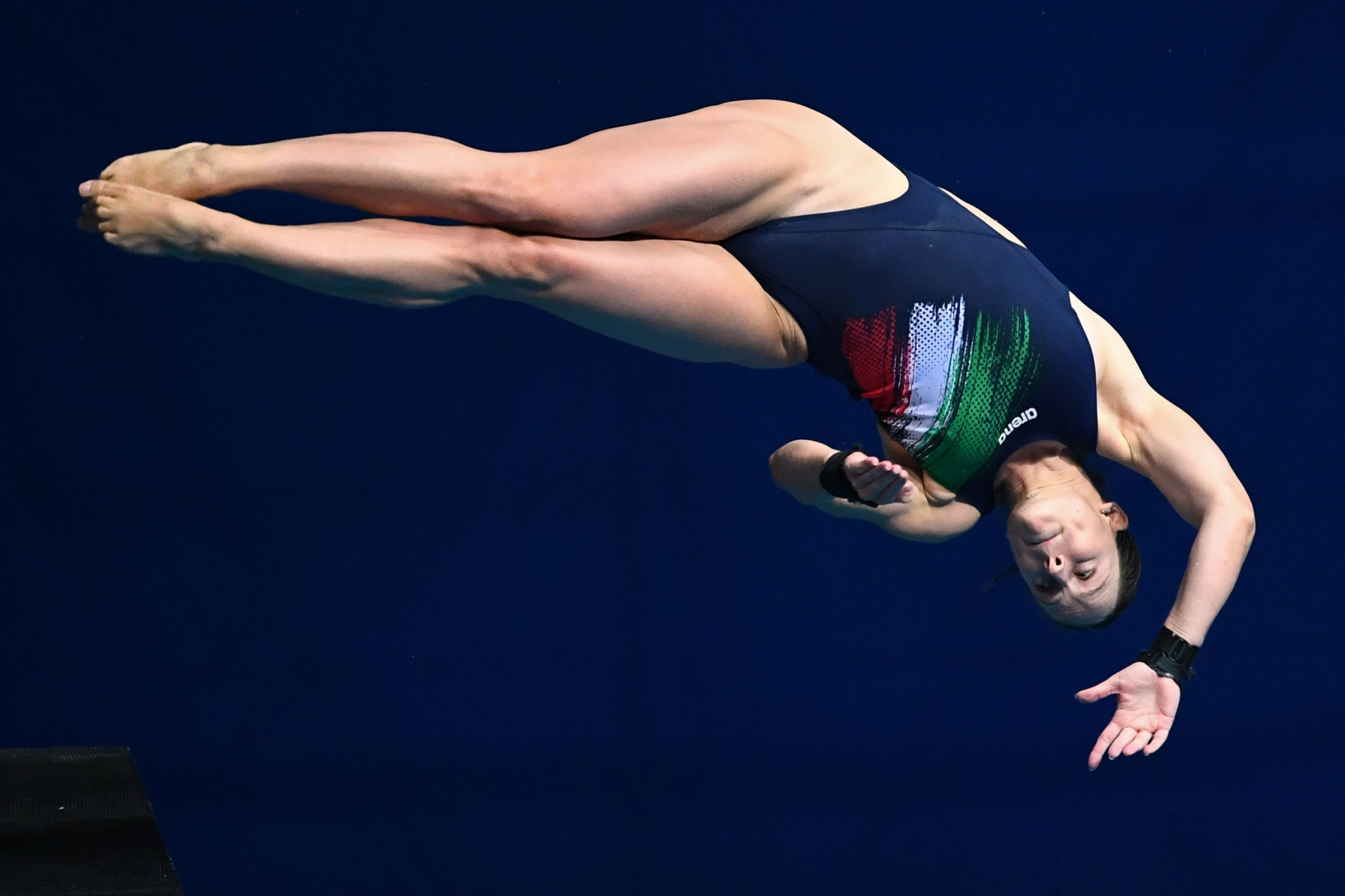 A mixture of youth and experience worked perfectly for Italy at the European Diving Championships as a pair separated in age by 15 years won the gold medal in the synchronised platform event in Kiev.

Noemi Batki, 31, teamed up with 16-year-old Chiara Pellacani and romped to gold with a score of 290.34 points at the Liko Sports Centre.

British duo Phoebe Banks and Emily Martin were second with 284.40 points, while Russian pair of Ekaterina Beliaeva and Iuliia Timoshinina were third with 277.50.

It is Timoshinina's second bronze medal of these Championships after she came third in the women's 10 metre platform final yesterday.

For Batki, it is her first European Championships gold medal for eight years, since she won the 10m platform event on home water in Turin in 2011.

For Pellacani it is already her second European Championships gold medal after she won the 3m synchro event alongside Elena Bertocchi in Glasgow last year.

Elsewhere, Patrick Hausding has his second gold in three days after adding 1m springboard victory to his win in the mixed team event on Monday (August 5).

Double Olympic medallist Hausding, with a silver from Beijing 2008 and bronze at Rio 2016, won the competition with ease.

The 30-year-old German's total of 388.85 points was more than seven points clear of silver medallist Oleg Kolodiy of Ukraine, while Lorenzo Marsaglia from Italy took the bronze.

Competition in Ukraine is due to continue tomorrow with the finals of the men's synchronised platform and the women's 3m springboard.