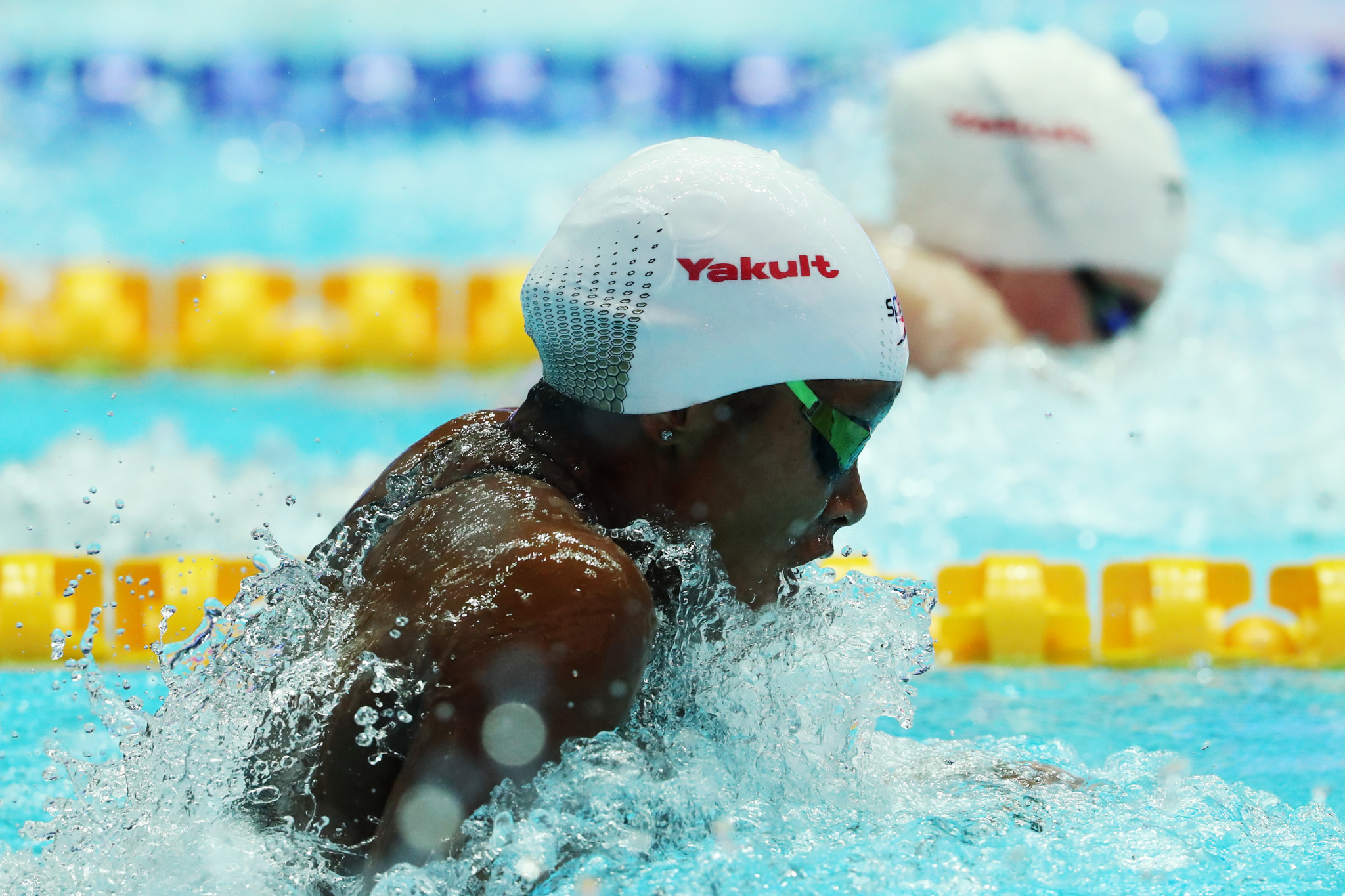 The 2019 International Swimming Federation (FINA) World Cup season is set to begin tomorrow in the host city of next year’s Olympic Games, Tokyo.

This year’s calendar comprises of seven meets split into three clusters, the first of which also includes stops in Jinan in China, from August 8 to 10, and Singapore, from August 15 to 17.

After a break in September, the second cluster is due to see events in Budapest, from October 4 to 6, and then in Berlin, from October 11 to 13.

The German capital is returning to the circuit having not organised an event last year – only the third time that has happened since 2000.

Big names to look out for in Tokyo include Hungary’s Katinka Hosszú and Italy’s Federica Pellegrini, winner of  three gold medals between them at the recently-concluded World Aquatics Championships in Gwangju in South Korea.

Among the other swimmers likely to make an impact in Japan’s capital are Olympic and world medallists Cameron McEvoy, Cate Campell, Mitch Larkin and Emily Seebohm of Australia, Denmark’s Jeanette Ottesen, and Spain’s Mireia Belmonte.

They will be joined by the likes of FINA World Cup stars Alia Atkinson of Jamaica and Vladimir Morozov of Russia along with the United States' Jacob Pebley, Josh Prenot, Michael Andrew and Ryan Murphy.

For the 31st edition of the FINA World Cup season, all meets will run across three days and swimmers are allowed to enter an unlimited number of individual events.

Only the best three results will count towards the ranking and scoring, however.

All the meets will take place in a 50m pool and will be qualifying events for Tokyo 2020.

The FINA World Cup provides a total of more than $2.5 million (£2.1 million/€2.3 million) in prize money to the best athletes.

This year’s circuit will also see FINA’s partnership with natural mineral water supplier NongFu Spring, a leader in the Chinese market, come to the fore.

This agreement applies to four editions of the FINA World Cup, until 2022.

Omega remains the official timekeeper of the series.

The eve of the first leg of the FINA World Cup coincides with the announcement that Tokyo 2020 and the Organising Committee of the 2021 World Aquatics Championships in Japanese city Fukuoka have entered into a partnership agreement under which the two organisations will exchange knowledge during the preparation and management of their respective events.

They will also support each other’s public relations activities in an effort to create momentum and excitement in the build-up to the events.

With their hosting of major global sporting events in consecutive years, the organisers hope to provide a sustained boost to sporting activities in Japan and to help realise a society which promotes the active engagement of all citizens in sport.

Back in the pool for the Swimming World Cup 2019! #SWC19
The first stop is set to kick-off this weekend in Tokyo, Japan ??
Follow live the action on FINAtv!#FINA #Swimming pic.twitter.com/EF9RvXGoks

A signing ceremony to mark the inauguration of the agreement was held today, attended by Tokyo 2020 President Yoshirō Mori and by Tsuyoshi Aoki and Sōichirō Takashima, President and vice-president, respectively, of the Organising Committee of the 19th edition of the World Aquatics Championships.

Takashima is also Mayor of Fukuoka.

"I am delighted that Tokyo 2020 and the Organising Committee of the 19th FINA World Championships 2021 Fukuoka have concluded this partnership agreement," Mori said.

"I believe this cooperation will help bring the power of sport to young generations in Japan and will showcase our country’s attractions to the world."

Aoki added: "We would like to maintain momentum during the time between these two major global sporting events in Japan.

"We believe that this partnership will allow the two events to contribute to the further development of aquatic sports in Japan and to demonstrate the joy and excitement of aquatics to people here.""

Takashima also commented, saying: "It is a great pleasure for us to enter into this partnership as it will allow some of the legacy of the Tokyo 2020 Games to be handed down to the 19th FINA World Championships 2021 Fukuoka.

"We will aim to cooperate through our hosting of the FINA Olympic Marathon Swim Qualifier 2020 in Fukuoka – this will incorporate the final qualifying events for those aiming to participate in the Tokyo 2020 Games.

"We want to host a successful 19th FINA World Championship and convey the message from Fukuoka to the world – even after the Tokyo 2020 Games – that Japan is a vibrant and sporting nation."