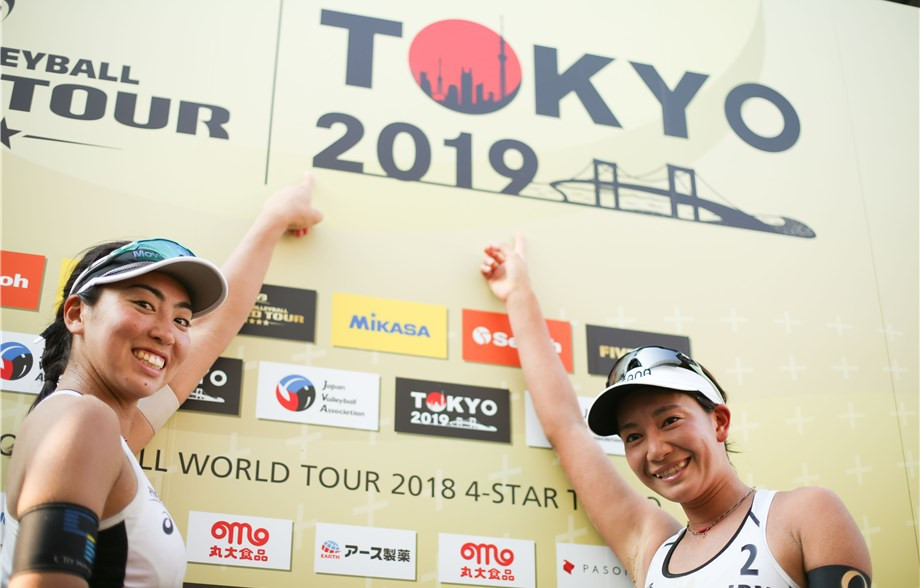 Home players Yurika Sakaguchi and Chiyo Suzuki chose a good moment to earn their first place in a main draw at a four or five-star event on the international beach volleyball circuit this season as they progressed from qualifying at the Tokyo Open - a test event for next year’s Tokyo Olympics.

"We are delighted with our play today," said Sakaguchi, 25.

"We were on the brink of elimination in the second set with the Australians, but we stayed calm and were able to force the third set.

“To advance to a World Tour main draw in our country is tremendous, especially with this event attracting a lot of attention as an Olympic test for 2020."

In men’s qualifying on the opening day, Austrians Tobias Winter and Julian Horl won both their matches to lead seven other teams from five countries into the main draw.

"It was hot and humid out there and we were able to handle the conditions to post two wins.”

China and Germany qualified two teams each from the men’s event, advancing along with pairs from Brazil, France and the United States.

Brazil will be represented by top-seeded Saymon Barbosa and Gustavo "Guto" Carvalhaes of Brazil.