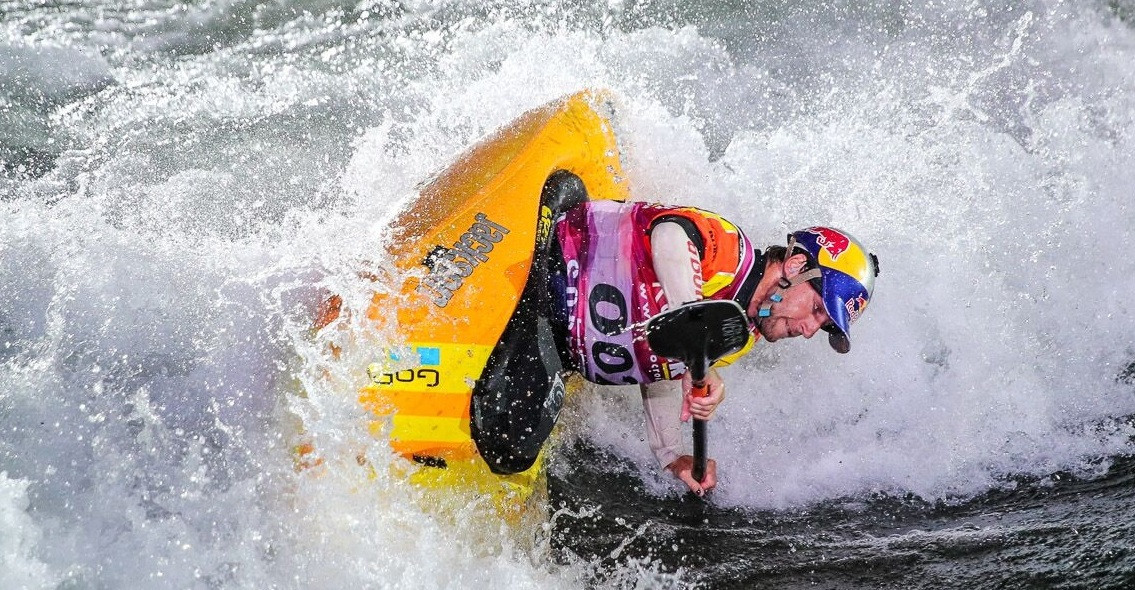 Jackson reclaimed the crown he lost two years ago by registering 1,406.67 points for his first outing on the Spanish course.

In 2017 he had to settle for silver in San Juan in Argentina after Spanish paddler Joaquim Fontane produced a huge final run, but the positions were reversed today as the home athlete finished second.

The American followed in the footsteps of his father who is among previous victors in Sort.

"It was a super-sick final, all these guys were paddling so well, and it's always such a challenge, because in three rides, anything can happen," Jackson said.

"Until I saw the old videos, it didn't really hit me that my dad had won here 18 years ago, and now I get to win one in the exact same place, the same arena.

"I just hoped this year for a good time, to hang out with good friends all over the world, but to be able to come out on top feels good."

Fontane won silver with 1,260 points as France's Sebastien Devred made it back-to-back bronzes with a score of 1,211.67.

Takaku won her first world title as she improved on her bronze from San Juan.

She scored 646.67 on the second of her three rides which proved enough for the title.

"I'm so excited, so happy, this is the best day of my life," she said.

"It was so hard under the lights, because not always my moves were working.

"But of course, tonight will be a party night."

France's Marlene Devillez won a second silver in a row on 570 points with Poland's Zofia Tula taking bronze on 553.33.

The next World Championships in 2021 will take place in British city Nottingham.