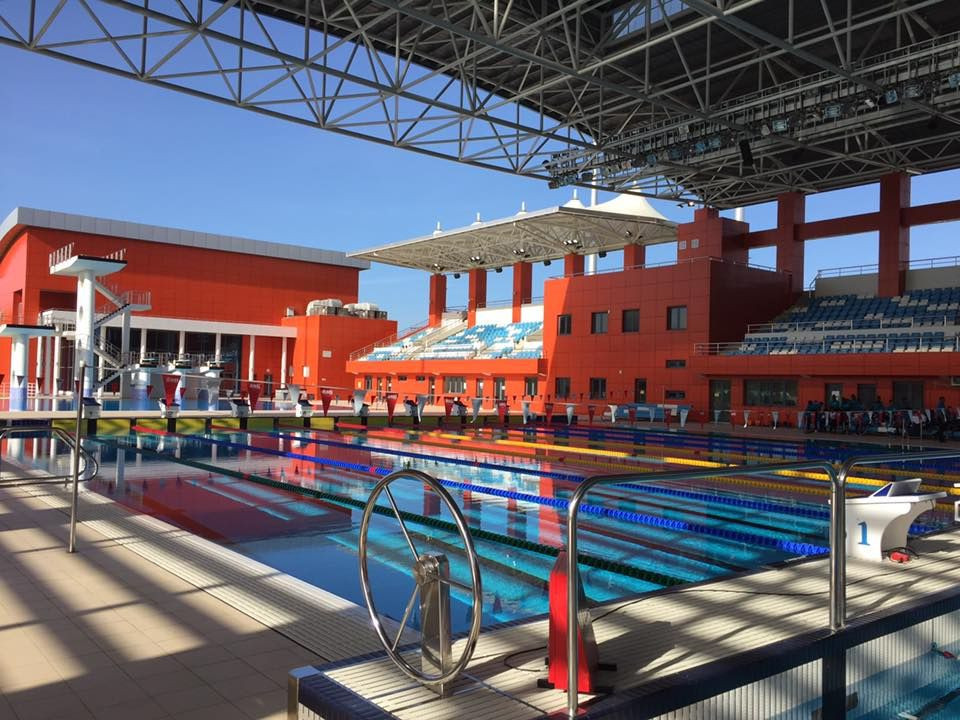 The benefits of Trinidad and Tobago hosting the 2021 Commonwealth Youth Games (CYG) can ex­tend beyond the sev­en days of com­pe­ti­tion in­to medi­um to long-term in­ter­na­tion­al col­lab­o­ra­tions in sport, busi­ness and tourism, it has been claimed.

The Commonwealth Games Federation (CGF) Executive Board voted 6-4 for the dual-island Caribbean nation to host the event last week, beating Gibraltar to the honour.

A new host had to be selected for the 2021 CYG following last year's decision by the CGF to strip the original hosts Belfast of the event because of the political deadlock in Northern Ireland.

He also stated that a ma­jor ad­van­tage that the country has is that the fa­cil­i­ties for the multi-sport event are "al­ready es­tab­lished to a large ex­tent".

Among them are the Hasley Craw­ford Sta­di­um in Port of Spain and the National Racquet Sports Centre in Tacarigua, as well as the National Aquat­ic Cen­tre and National Cy­cling Velo­drome in Couva.

"[The venues] will on be on show not on­ly for the 2021 Games but al­so for mar­ket­ing to in­ter­na­tion­al clubs and fed­er­a­tions as fu­ture train­ing and com­pe­ti­tion venues," Ram­per­sad writes.

"Ad­di­tion­al­ly, the TTC­GA will have the op­por­tu­ni­ty to work with the Min­istries, the THA (Tobago House of Assembly), busi­ness­es, cul­tur­al artists and the peo­ple of T&T, to en­sure that Trin­ba­go cul­ture is well rep­re­sent­ed and mar­ket­ed to the rest of the world."

The TTCGA has promised an "innovative, exciting and inspirational digital strategy" for the 2021 CYG, it has been claimed.

This includes a digital strategy aimed at generating significant youth engagement and participation among the Commonwealth community.

Ram­per­sad believes the event could have a long-lasting legacy and cited a study by Mohammad Hadi Tavakkoli on the effect of the 2008 CYG on sport tourism in Pune to back up his point.

Tavakkoli highlighted how the Indian city ben­e­fit­ed from de­vel­op­ment in sports in­fra­struc­ture, job cre­ation and an in­crease in the stag­ing of na­tion­al and in­ter­na­tion­al com­pe­ti­tions post-2008.

"The ex­pe­ri­ences that the ath­letes, of­fi­cials and fans achieve must mo­ti­vate them to re­turn to T&T, and those who fol­low the 2021 Games via tra­di­tion­al me­dia – tele­vi­sion and print – and so­cial me­dia in­ter­est must al­so be piqued in­to want­i­ng to vis­it the shores of T&T," Ram­per­sad added.

"The TTC­GA has two years to col­lab­o­rate with all its ma­jor lo­cal and in­ter­na­tion­al stake­hold­ers to make CYG 2021 the best-ever event for ath­letes and of­fi­cials, and the best-ever cul­tur­al ex­pe­ri­ence.

The 2021 CYG will be the seventh edition of the event and is due to take place from August 1 to 7.