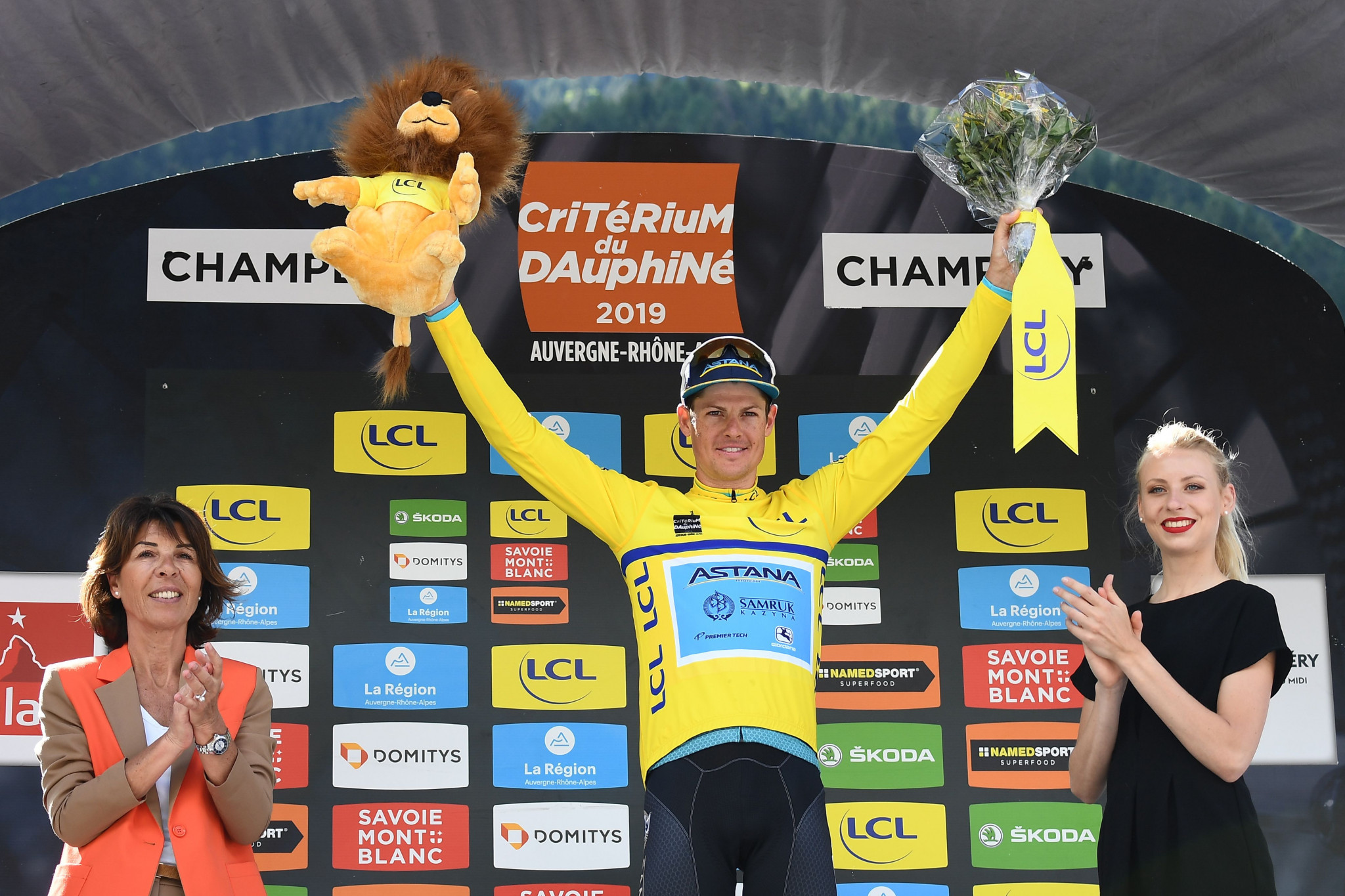 Astana Pro's Jakob Fuglsang finished safely among the peleton to claim a second Critérium du Dauphiné title in Champéry after nearest rival Adam Yates was forced to withdraw from the eighth and final stage.

Dutchman van Baarle and Australian Haig had attacked late in the race and were the only two to contest the sprint on the final climb into Champéry.

Both crossed the line in three hours 5min 48 sec, with Norway's Carl Frederik Hagen of Lotto-Soudal taking third 50 seconds back.

It was van Baarle who had the legs to edge out Haig as he followed up Wout Poels' stage-seven win for Team Ineos.

With Yates withdrawing through sickness with 50 kilometres to go, United States rider Tejay van Garderen, from EF Education First, climbed to second on the podium with Germany's Emanuel Buchmann taking third for Bora-Hansgrohe.

But glory went to Fuglsang, who earned general classification victory in 30:44:27, with van Garderen and Buchmann 20 and 21 seconds behind, respectively.

There was more glory for Astana when they took stage-two honours at the International Cycling Union's Tour de Suisse courtesy of Luis León Sanchez.

The Spaniard launched a surprise attack with 10 kilometres to go and held off the peleton to take victory in 4:01:21.

He was 27 seconds ahead with six kilometres left and by the time he crossed the finish line, Bora-Hansgrohe's sprint king Peter Sagan from Slovakia was just six seconds back.

Italy's Matteo Trentin from Mitchelton-Scott was third in the bunch finish.

Fourth was Deceuninck-QuickStep's Kasper Asgreen from Denmark, who takes the overall lead on 4:12:16, with Sagan second on the same time but behind based on Asgreen's quicker stage-one time trial.

Australian Rohan Dennis from Bahrain-Merida is a second adrift in third after winning yesterday's time trial.