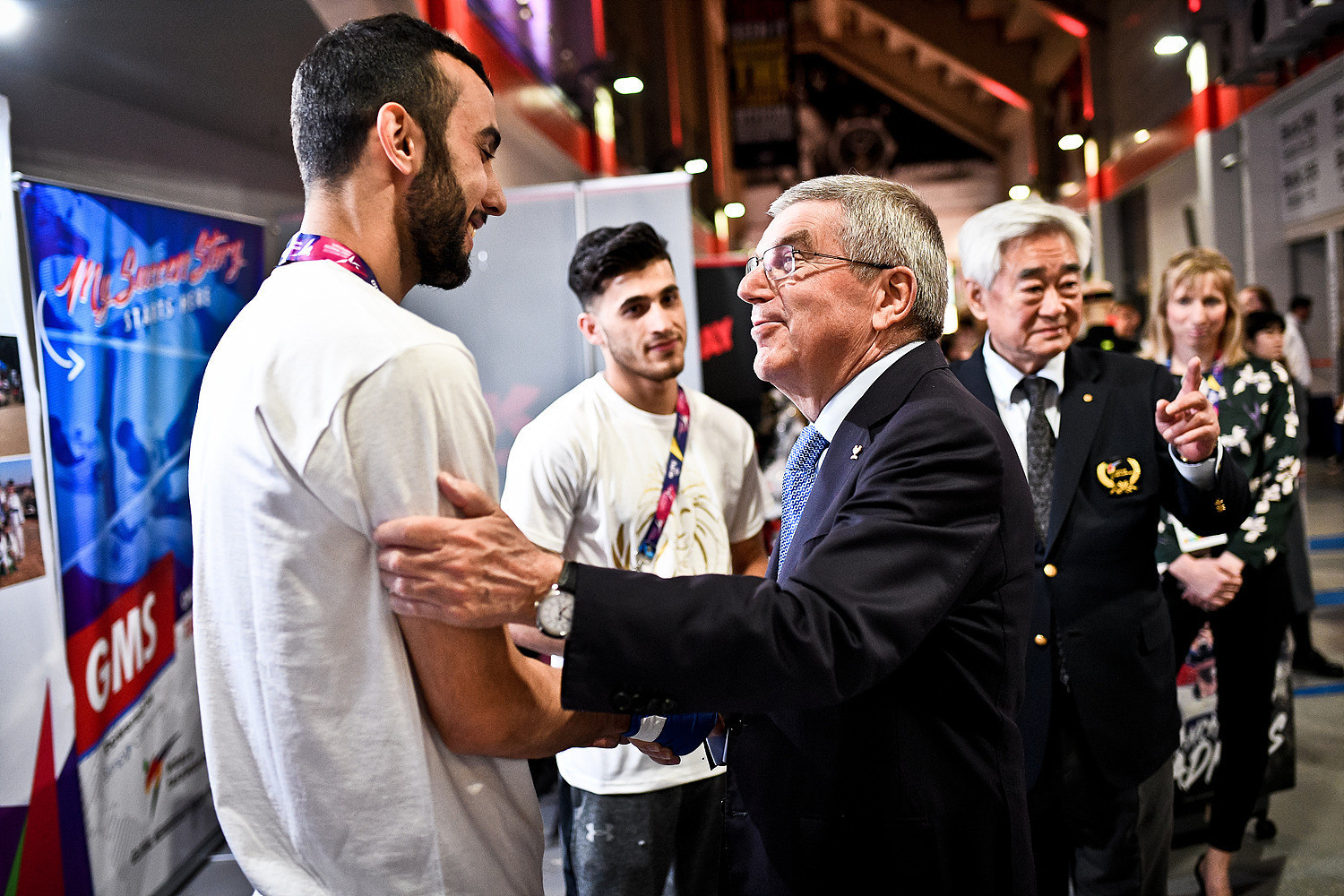 Joined by World Taekwondo counterpart Choue Chung-won, Bach met members of the refugee team who competed at the event held from May 15 to 19.

Bach had spoken of how sport could help society when attending a meeting of the THF in July 2017.

During the meeting in Muju, where the 2017 World Taekwondo Championships had taken place a month earlier, Bach praised the humanitarian stance taken by World Taekwondo through its charitable foundation.

The THF aims to make a contribution to help address the world refugee crisis through sport.

"Success always needs to take responsibility," Bach said at the meeting of the THF Board of Trustees.

"Sport can plan a major role in today’s society.

"Sport can be one of the tools that can have a preventive effect on war and violence."

Bach was also present when the THF signed a Memorandum of Understanding with the International Table Tennis Federation (ITTF) to promote "peace and development activities" in November 2018.

The agreement was signed by Choue and ITTF President Thomas Weikert, with Bach overseeing proceedings, at the Association of National Olympic Committees General Assembly in Tokyo.