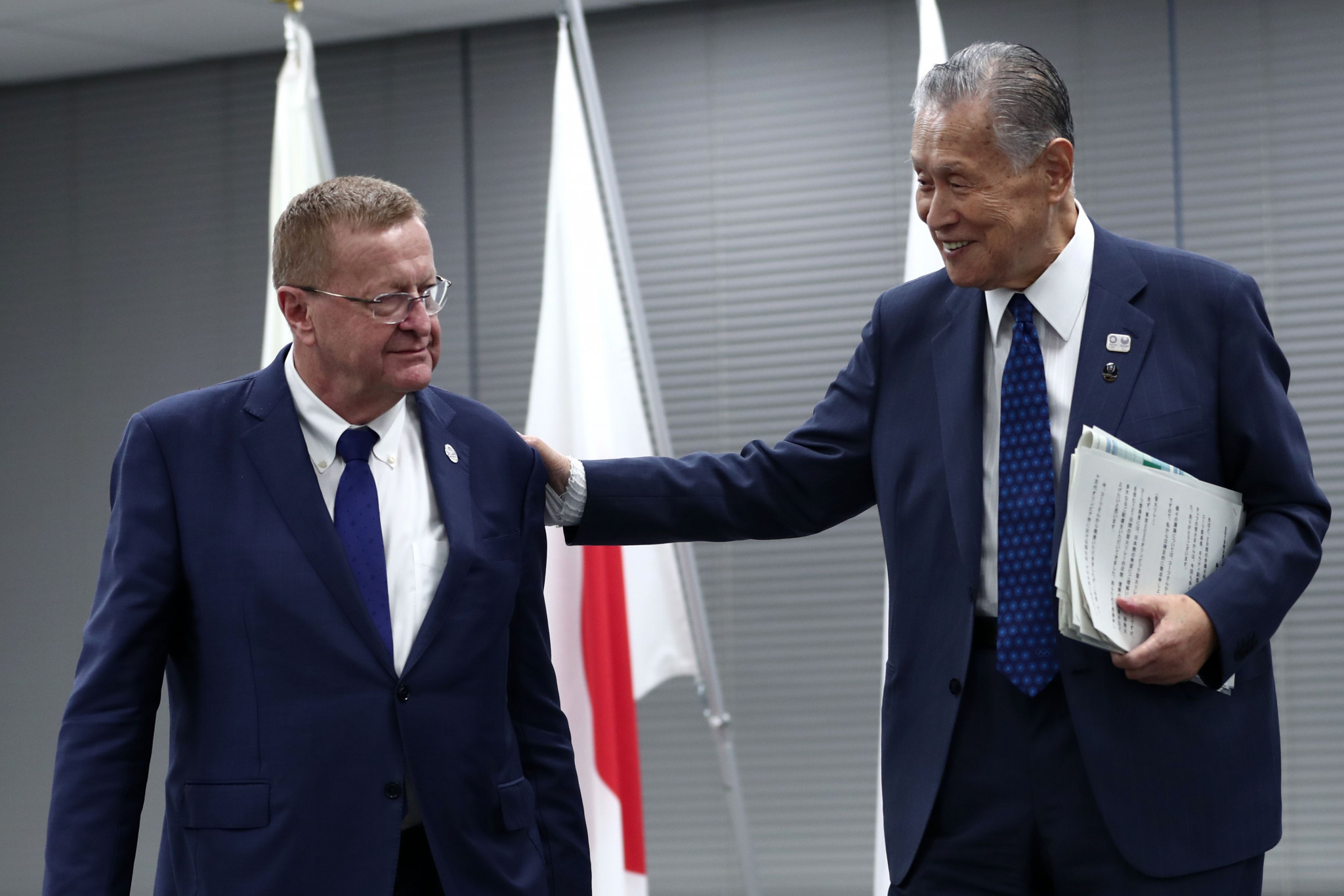 The Australian, chair of the IOC Coordination Commission, offered an upbeat assessment of preparations for next year’s Olympic and Paralympic Games.

He acknowledged that several International Federations had raised concerns at SportAccord Summit in Gold Coast earlier this month.

These include over plans for sport presentation at the Games, as well as accommodation and athlete provisions at venues.

World Sailing had also highlighted operational readiness for test competitions, with their chief executive Andy Hunt questioning the outsourcing of event delivery to third parties and the accountability lines between the agencies and Tokyo 2020.

Coates, speaking on the opening day of the visit, expressed his view that the test events would be key to ensuring Tokyo 2020 addressed concerns and received confidence of stakeholders.

"There were some issues identified at SportAccord on the Gold Coast by some of the Federations," he said.

"We think you have been working them through.

"We are confident you will be able to address them.

"These will be the subject of further discussion here.

"This period where we are moving into the test events is vital for all stakeholders, but particularly vital for the delivery of the sport events.

"We will be paying a lot of attention to the integration, under the delivery models that we have, of the expertise of international federations that we have available.

"We want to make sure those you have contracted to do some of the delivery are up to it and that you have the confidence to renew them going forward."

Tokyo 2020 are set to deliver 33 competitions by the conclusion of the year as part of their "Ready Steady Tokyo" series of test events.

The first test events are scheduled to begin next month.

Coates admitted the events will be "very important" for sports making their debut on the Olympic programme at Tokyo 2020, such as sporting climbing, surfing and skateboarding.

The Australian added that this was partly due to several of the new events having been provisionally included for Paris 2024.

Christophe Dubi, the IOC's executive director of the Olympic Games, stuck a similar tone to Coates as he provided a short presentation on "operational readiness".

Dubi claimed the IOC have never seen a level of planning achieved by Tokyo 2020, but warned these would not be delivered exactly as organisers envisage at the Games.

He called for Tokyo 2020 to build confidence in their teams for the delivery to ensure organisers can resolve issues quickly and effectively during the Games.

"You will have to build the competence and confidence of your team.

"We have to clarify all the details, these need to be shared with members of the Olympic family, such as International Federations and National Olympic Committees.

"This is how you get input and sometimes the modifications from people who have done it before.

"We will have to build one team and that is bigger than the Organising Committee.

"During the test events we may have problems, that is not an issue.

"A problem in a test event is a good thing, but we have to learn from them to resolve them for the future."

The IOC Coordination Commission visit began with a three venue tour, with officials beginning the trip at the Tokyo Aquatic Centre being constructed by the Tokyo Metropolitan Government.

Officials praised the progress at the venue and at the Kasai Canoe Slalom Centre, which was claimed to be nearing completion prior to the October test event.

The IOC Coordination Commission also visited the permanent part of the Yumenoshima Park Archery Field, which has been completed.

A temporary installation at the venue is due to be installed prior to the Olympics.

Coates also acknowledged the high demand for tickets in Japan, with 4.8 million people having registered for the ticket lottery.

The Australian asserted that further cost savings could be made to infrastructure and operational budgets, while adding the IOC were looking forward to their upcoming one-year to go celebrations.

These are expected to be attended by IOC President Thomas Bach, with Japan's Prime Minister Shinzō Abe may also be present.

Initially, it had been feared that Bach would skip the event for fear of being photographed with Tsunekazu Takeda, who had led the successful Tokyo 2020 bid but is now embroiled in allegations of corruption.

He has since announced plans tor resign as President of the Japanese Olympic Committee.